River-entangled old-growth forests, plains shrouded in mists, and ancient Northern settlements — Karelia has a lot of magnificence to please your eye. Come here in summer or winter to enjoy the true unity of man and nature. 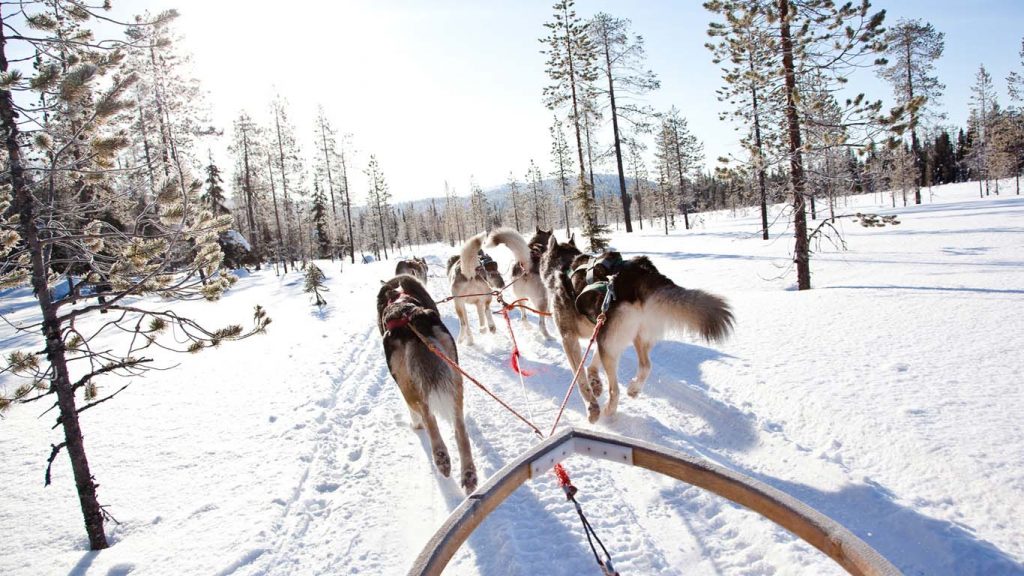 In the west, Republic of Karelia borders Finland; the local toponyms bear mind-boggling resemblance to the names of Scandinavian rockers. Thus, Karelia’s highest peak is called Nuorunen. Well, at 577 meters it’s not much of a peak, so mountains are not an outstanding feature here. But it is here that Europe’s largest lakes, Ladoga and Onega, will water your eyes (perhaps even literally).

A quarter of Karelia is essentially water. This region alone has twenty-seven thousand rivers and sixty thousand lakes. Nowhere else in the world will you find such water-land ratio.

On top of that, feel free to roam two natural reserves, three national parks, the White Sea and its whales, and Aurora Borealis in winter. 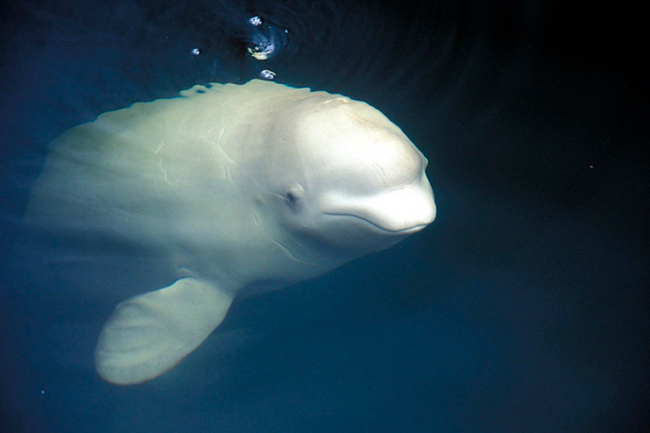 Where to Go in Karelia: Top Five Sights 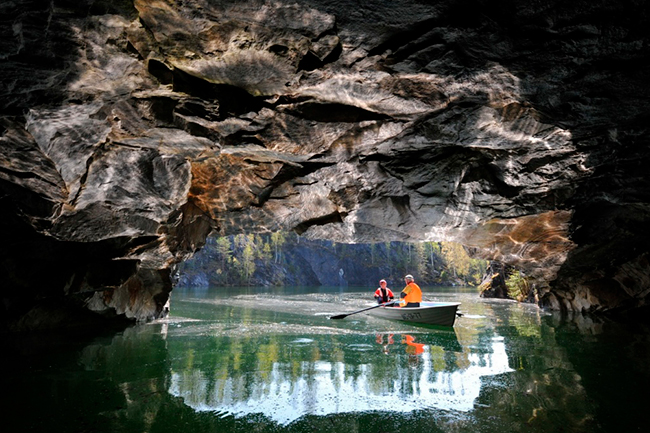 Mountain Park is definitely #1 must-see location in Karelia. The Swedes have mined marble from here since as early as the 17th century; now the 400 meters long canyon is filled with groundwater. There are observation decks along the perimeter; climb to any of those to eye-witness the enchanting grottoes and caves, mines and adits. This sight of Karelia will be of interest for both nature and history enthusiasts. Perhaps you’ve been to St. Petersburg, rode its metro and paid a visit to St. Isaac’s Cathedral and the Hermitage—places adored with Ruskeala marble. 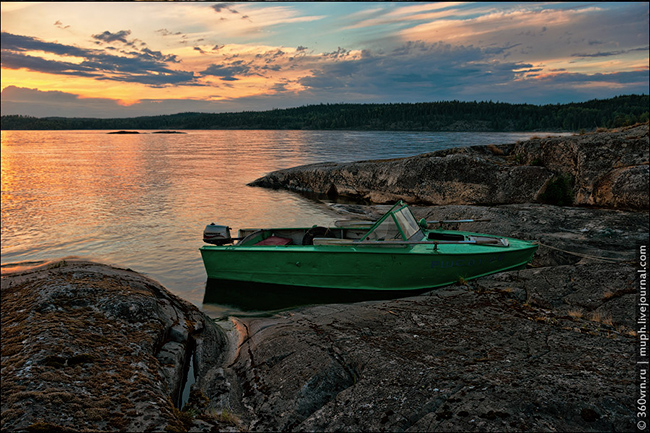 In winter, you can snowmobile lake-to-lake via ancient villages and forest paths. 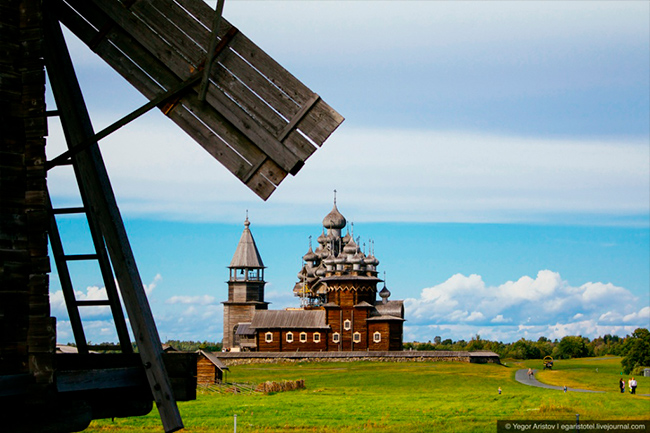 What do the Kizhi Churchyard in Russia and Gaudi’s architecture in Spain have in common? The impression they make. These wooden buildings are the Russian architecture at its finest. Ancient northern architecture in Karelia is a must see for history enthusiasts.

Legend has it, Nestor the Carpenter built the Church of Transfiguration here without a single nail; an axe was his only tool. Then he sank the axe in the lake to let no-one build anything like that again.

The world-famous architectural ensemble is located on the Island of Kizhi, Lake Onega. It’s actually a UNESCO World Heritage Site! 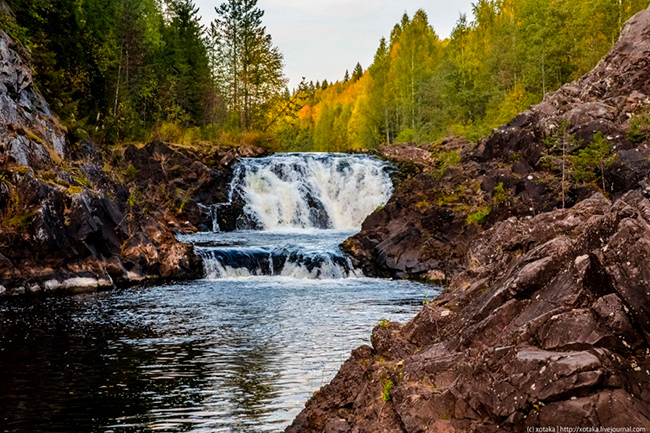 Karelia has quite a few natural reserves; Kivach was historically the very first one. It is situated around a waterfall of the same name. The Suna River fills a notch between the local basalt cliffs; it roars and splashes as it falls off an eight meters high peak, an astonishing sight year-round. 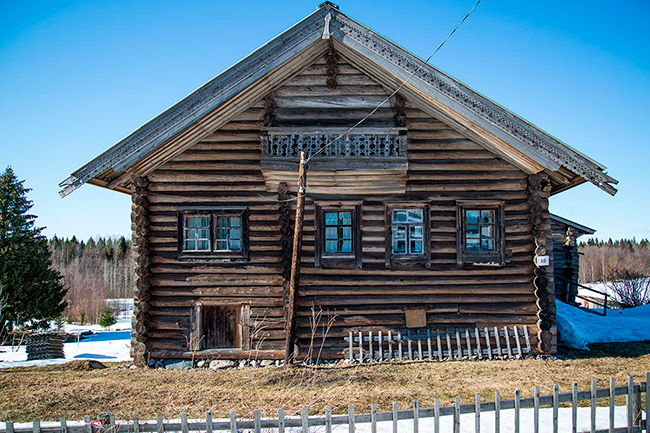 Your Karelian trip will be wasted unless you pay a visit to the calm and quiet northern villages whose “skylines” have preserved their centuries-old charm. The ethnic village of Kinerma is more like an open-air museum. Behold four centuries and older wooden structures and their old interiors, try a stove-cooked meal as well as the famous Karelian kalittoa.

Traveling with kids? They are certainly going to savor the Three Bears Zoo in Karelia that, aside from bears, actually has wolves, lynxes, and many other animals.

Like historical tours? We recommend a visit to the Syandem Hermitage founded as far back as in 1577. Over its centuries-long history, the abode was desolated many times—and rose like a phoenix again and again. Don’t forget to take a closer look at petroglyphs, ancient rock paintings.

What to Do in Karelia

Karelia is the land of lakes and rivers, a perfect destination for water tourism. SUP boards are great as such, but if you really want to feel the rapidness of Karelian rivers, to feed on their vibe, try rafting. The region has thousands of rivers with rapids of varying difficulty, so you’ll certainly find something for your taste and skill.

Feel like diving into diversity? Try to mix different experiences in your trip. One week is enough for riding a bike and a quad, jeeping around, rafting, sailing across Lake Onega, or even going for a forest tour on a husky- and malamute-pulled sled combined. 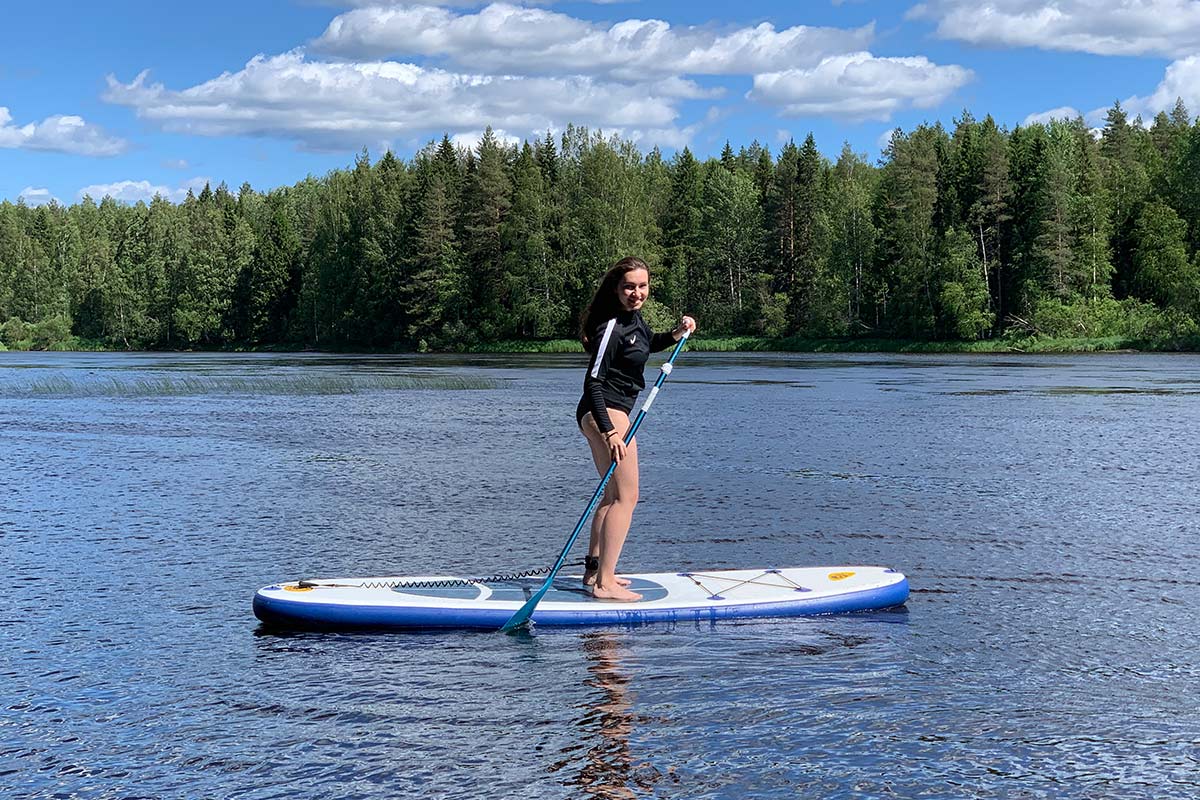 Karelia is such a snowy land if it snowed cotton candy, there’s be enough of it for running an amusement park for a year. That’s why snowmobiling is so popular here in winter. We’ve mentioned the Onega to Ladoga Tour, a route that has such varying terrain you’ll have to stay alert to adjust your pace and driving style. 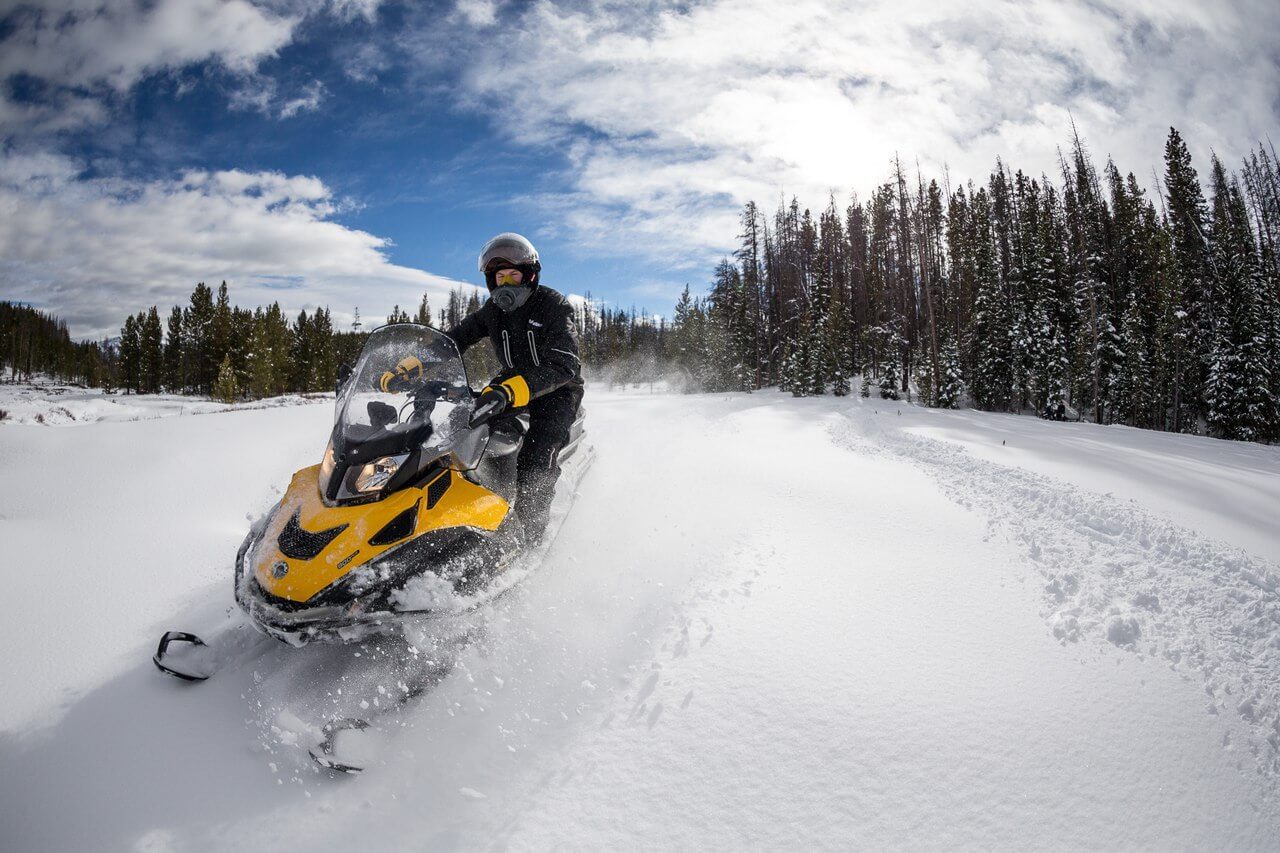 A dog-pulled sled is fine for racing the snow-covered taiga, too. A tour like that is a good therapy that combines an exciting ride, learning the life and culture of the locals, and playing with the joyful huskies and malamutes.

Wintertime Republic of Karelia is great for skiing. The routs feature ancient monasteries, snowy woods, and some hot tea for a picnic at a local land-locked lake.

No idea what you’d actually want from your wintertime experience in Russia? Just go for a two-in-one: snowmobiling and sledding. 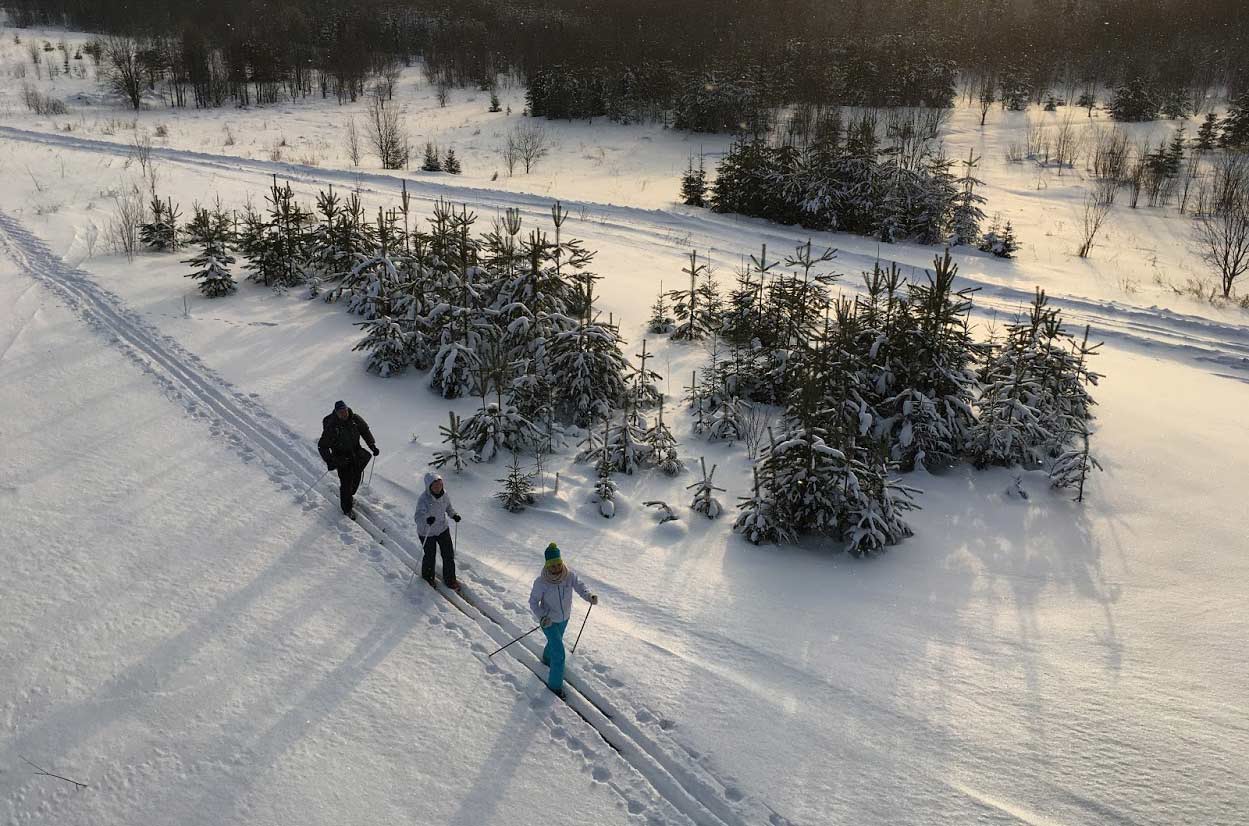 Karelia is home to many endangered species: the flying squirrel, the brown long-ear bat, and the Ladoga ringed seal. Like this one. 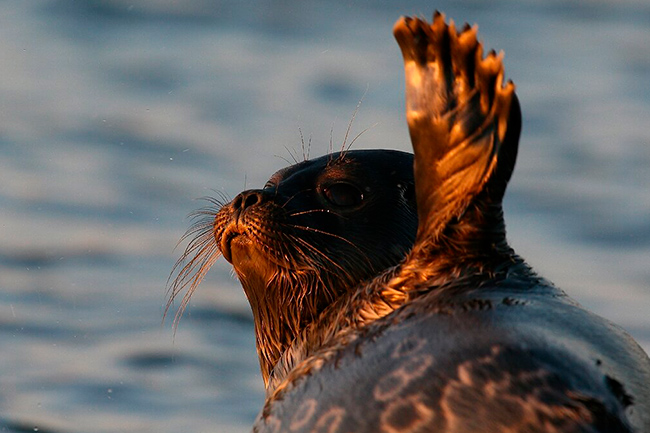 On a side note: mosquitoes and gnat plague the region in summer, so bring repellents with you. Here’s some good news tho: the rare mahogany butterflies are prevalent, too. 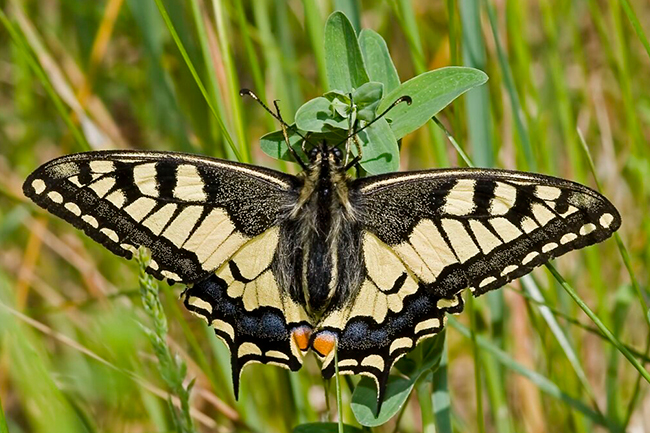 Karelia is the berryland. If timed appropriately, tasting the delicious cranberries, blueberries, cloudberries, and heathberries will make a good icing on the cake of your jouney. Berry shrubs grow everywhere you go.

Most of Karelia is a huge forest, so the spicy smell of conifers will make a good company for you. Icing on the cake: the Karelian birch with its characteristic patterned texture scientists cannot explain yet.

Being so dense in forest, it’s no wonder the Karelian cuisine thrives on mushrooms and berries. In general, it feels very similar to the Finnish cuisine with its preference for fish over meat. Kalaruoka, the local fish soup, is a top meal for tourists in Karelia. To make that soup, fish broth is filtered with charcoal. 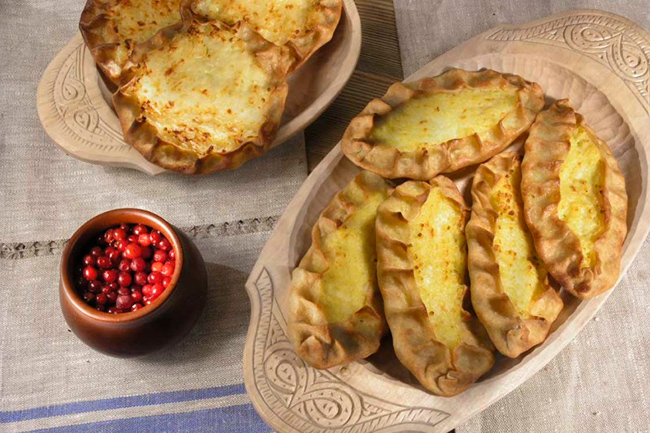 One thing worth trying is the national bakery, kalittoa. Those are made of rye dough with different fillings.

Stuff made of Karelian birch wood will be a good souvenir you will bring from Russia. Those are as diverse in form as you can ever imagine, from pens to caskets. The region is also rich in medicinal herbs the famous Karelian balm is made form. Berries are the source product for local tinctures and jam.

Are you up for something really special? Trans-Onegan embroidery, an ancient decoration of clothes and other textiles, is the local haute couture, as it has been for centuries. 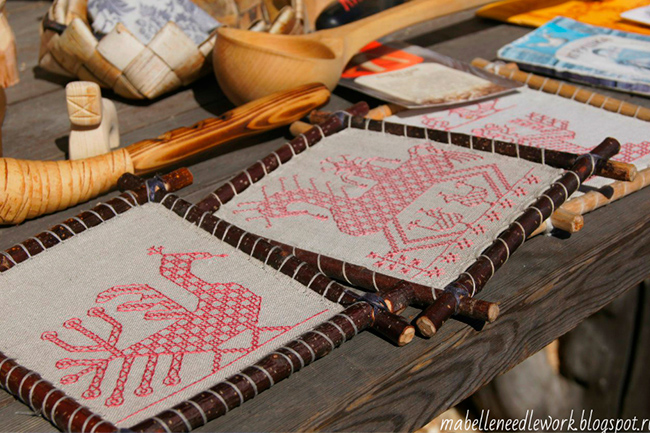 Last but not least, feel free to buy the local wooden, stone, or textile mojos imbued with ancient spells.

Winters in Karelia are snowy yet mild; albeit temperatures can dip down to -30°С (-22 F), this is rare. A special snowmobiling suit will keep you warm and comfortable for up to a few hours, making the wintertime views worthwhile. 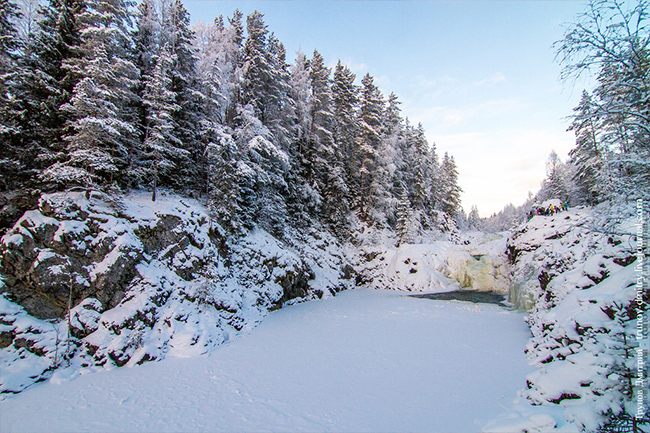 Winter average here is just -10°С (14 F); if you’re lucky, the colorful play of lights in the sky will reward your patience and endeavor. If Aurora Borealis is your dream, read more. 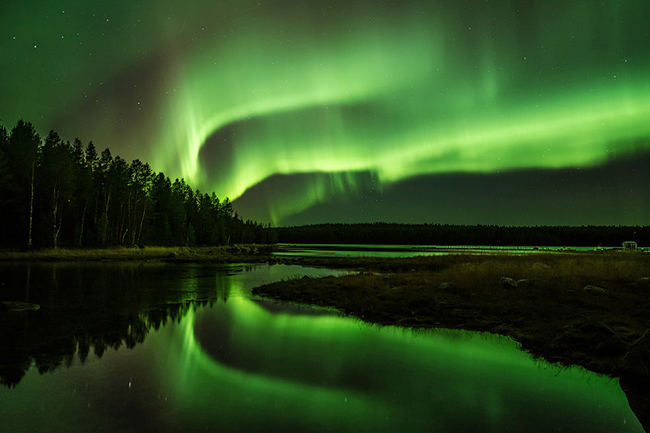 Most of the Karelia spring is quite chill; however, as soon as in May it becomes kind of OK for water tourism.

A typical North, Karelia has short yet warm summers. But it’s only in the south that it’s really hot. The average here is +20-22°С, or about 72 F, sometimes getting as high as +32°С, or 90 F. It’s when it is that hot that the sea coast becomes a popular resort. The white nights are all over the region in summer. In South Karelia, that’ll be more like your ordinary twilight; however, you can read your favorite Shakespeare poems in nightlight in the North.

Autumn is the season of long-lasting rains painting everything in crazy colors, from crimson to lemon, from purple to scarlet. Just imagine the unimaginable: the Karelian leaf falls! 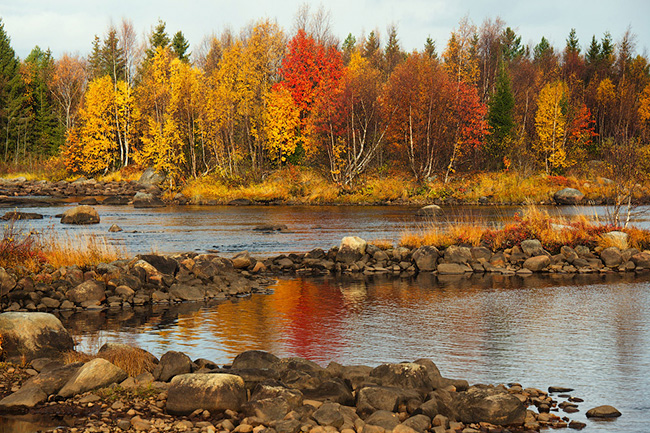 Karelia has a lot of cozy guest houses to offer. A fireplace will warm your body after an hours-long snowmobile raid, while a cup of wine on the terrace under the shining stars will warm your soul in summer. 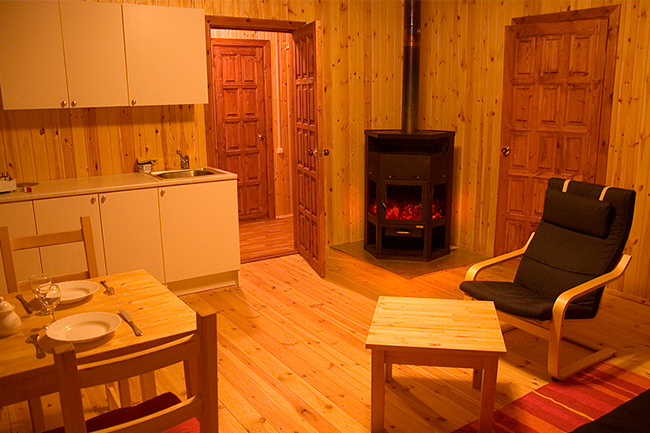 Most campsites feature outstandingly picturesque location for you to delve deep into the Karelian nature from dawn to dawn. Thus, the Khvoiny Guest House that accommodates the participants of our Adventure Week is located in a pine forest. The building itself is a good specimen of green construction, while the furniture and improvements there are made of pine. 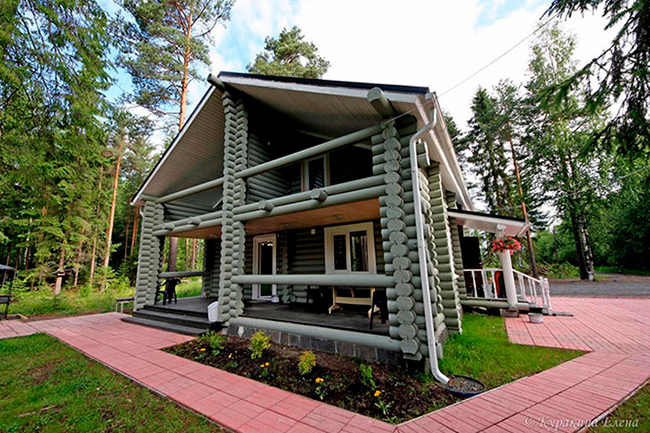 Karelia the Lake Land! That’s a common epithet in Russia, and yes, the stunning local nature does earn the region its name. Grandeur lakes, rapid rivers, and blind forests... It’s only at the epicenter that you’ll marvel at such beauty while skiing through the woods, gathering taiga berries, or snowmobiling to the terrae incognitae. 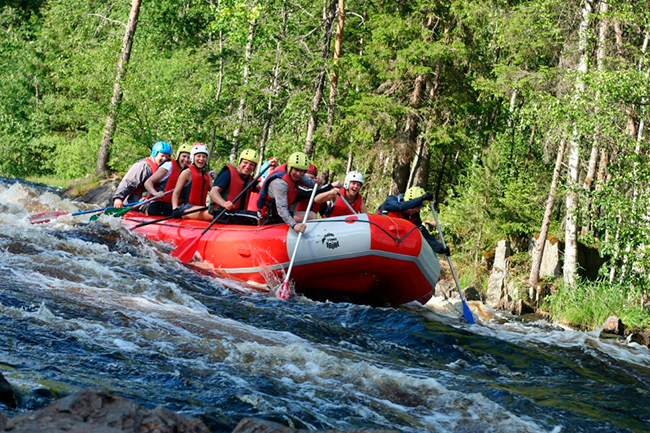 Take a look at this amazing drone video to behold the splendor of the Karelian nature. These pictures are a good start for leaning what wintertime Karelia is like.