Have you always wanted to see the Northern Lights? Come to Russia. Here, you will admire the spectacular nature’s show at maximum even when the Sun is in a low-activity phase — which is going on now. 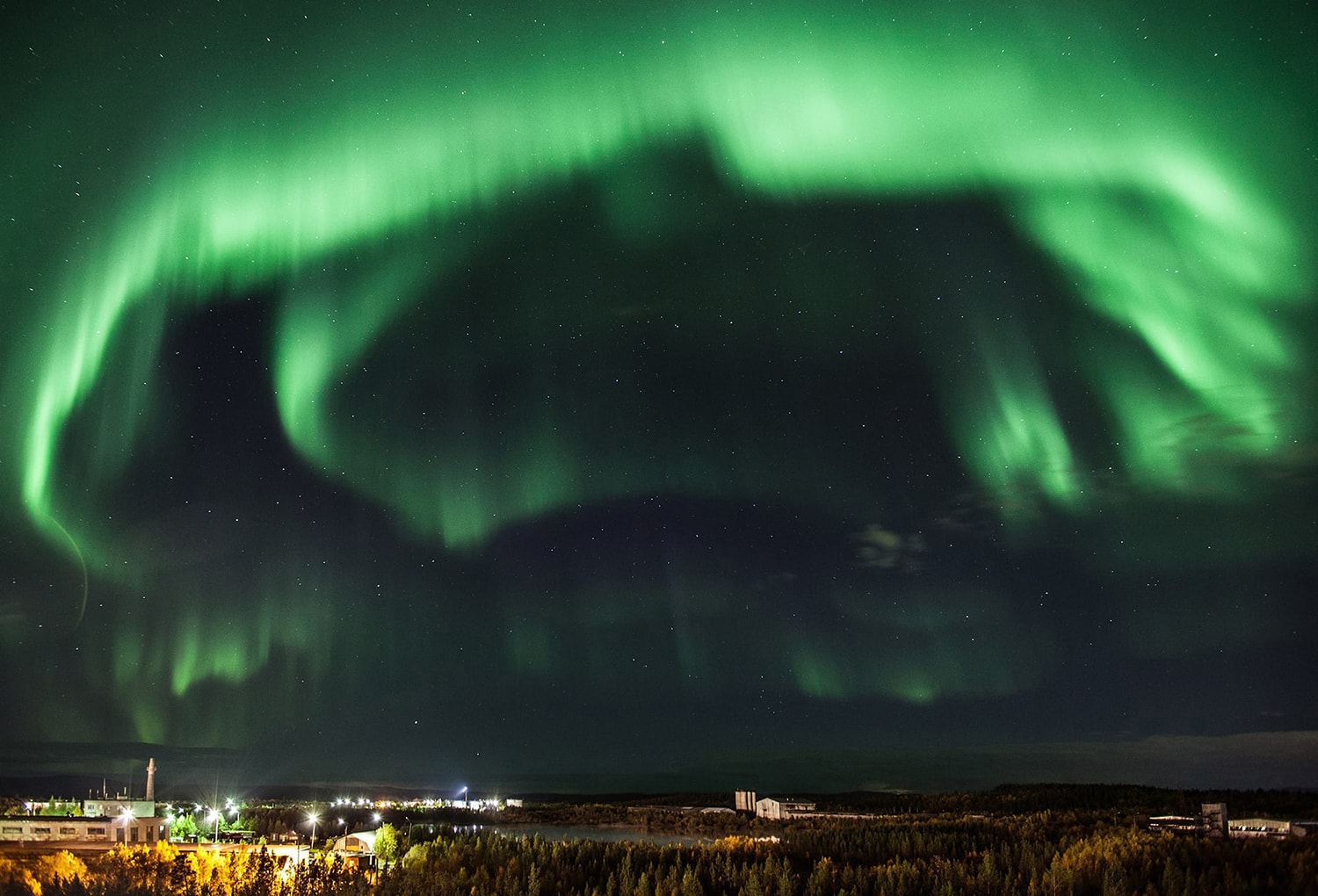 The Northern Lights, also known as the Aurora Borealis occurs when excited solar particles collide with atmospheric gases. This produces a neon light show. Levels of solar radiation and ejection of solar material change from active to quiet and to active again with a period of 11 years. The phase with a minimum activity of Sun started in 2019 and will last until 2022. The Northern Lights still will be seen, but they will become less vivid and move closer to the Poles. It means that the ones who want to see bright Auroras, should have a trip further to the North.

For this reason, Russia is known to be one of the best places for hunting the Northern Lights. The Arctic Circle crosses half of the country, and obviously, there is an endless stream of possibilities for catching a beautiful phenomenon.

A few more reasons to choose Russia if you want to see the Northern Lights:

Now, check the best places where you can see the Northern Lights in Russia and the good time for the travel ↓

The most accessible and comfortable (temperature-wise) place on the list. Here, Russian Northern Lights can be seen from the end of August until April. You will have more chances to catch it in winter as there are 42 days of polar night on the peninsula. So, the period of darkness is quite long and there will be more time to observe Aurora Borealis.

This destination has another bonus — as it is located only 2 hours (with plane) away from Moscow. You will not need to spend a lot of money for a long-haul flight, what makes the travel more affordable. 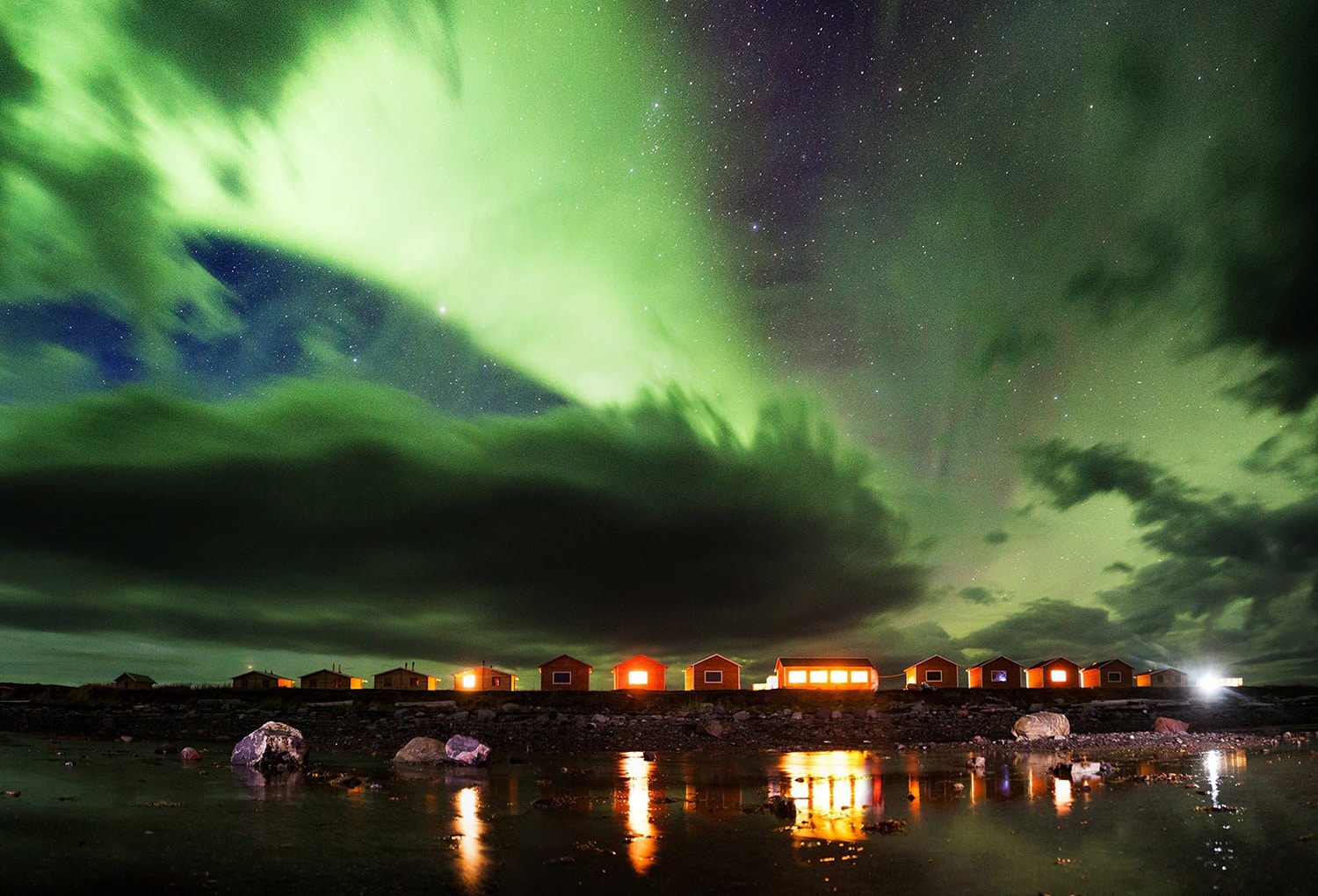 The best option on the Kola Peninsula is to go farther from urban lights. In the Khibiny Mountains area, the sky glows with thousands dancing lights during long dark nights. You can explore the area with snowmobiles. Mountain peaks, snow-covered tundra, frozen lakes and waterfalls will fill the journey with beauty.

Another variant of the trip — a tour with an expanded programme which includes visiting the Kola Peninsula and St. Petersburg — “the cultural capital of Russia”. You will admire the Northern lights in the heart of the Khibiny mountains and at the coast of the Arctic ocean, ride a snowmobile and a reindeer team across the endless tundra, visit the Sami village. Besides, you will see the most interesting places of St. Petersburg: the world famous Hermitage's treasures, the Church of the Savior on Spilled Blood, St. Isaac's Cathedral and Peter and Paul fortress.

One more option of the journey — a tour which includes a visit to Teriberka village. Teriberka by the Barents Sea — one of the 5 best Russia’s places to observe the Northern Lights. Other highlights of the tour: getting acquainted with Sami indigenous people — you will see the national Sami rawhide tents, feed a reindeer, taste venison and play the traditional folk games. Visiting the legendary icebreaker "Lenin" in Murmansk. Trips to tundra and to the coast of the Arctic Ocean.

Aurora Borealis shine bright in the Arctic, lights are varicolored and shimmering. The sky looks like a lavender-green star-encrusted veil. This phenomenon has affected significantly the culture of local people. During a journey in this region, you will meet with reindeer herders, who will tell you the stories about their customs. Also, they will treat you with national cuisine and invite you to stay in their raw-hide tent for a night. 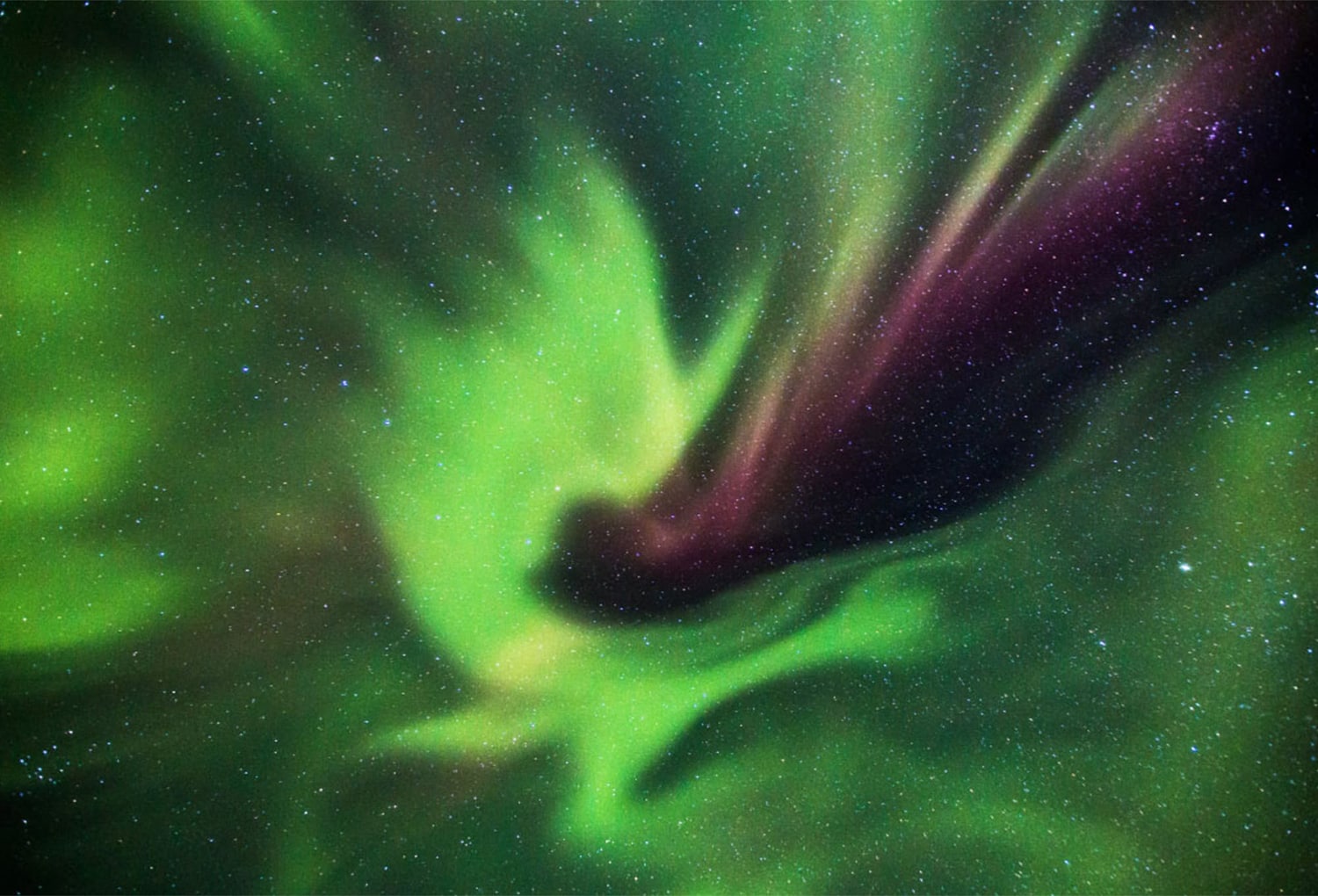 On the Yamal Peninsula you can admire not only green Northern lights, but multi-coloured ones as well. They can be seen in January and February when nights are long, and temperatures are really low. It is possible to catch the green ones starting from November till March.

Actually, seeing Aurora Borealis in Yamal will be a nice bonus to another lifetime experience that you can have in this region. More specifically, staying at a nomad camp of Nenets in tundra or taiga. The Nenets are indigenous people who live in the Far North for 2000 years. During the journey you can have a unique experience of taking part in the daily lives of nomads far above the Arctic circle and become a part of culture that stayed unchanged for several centuries. 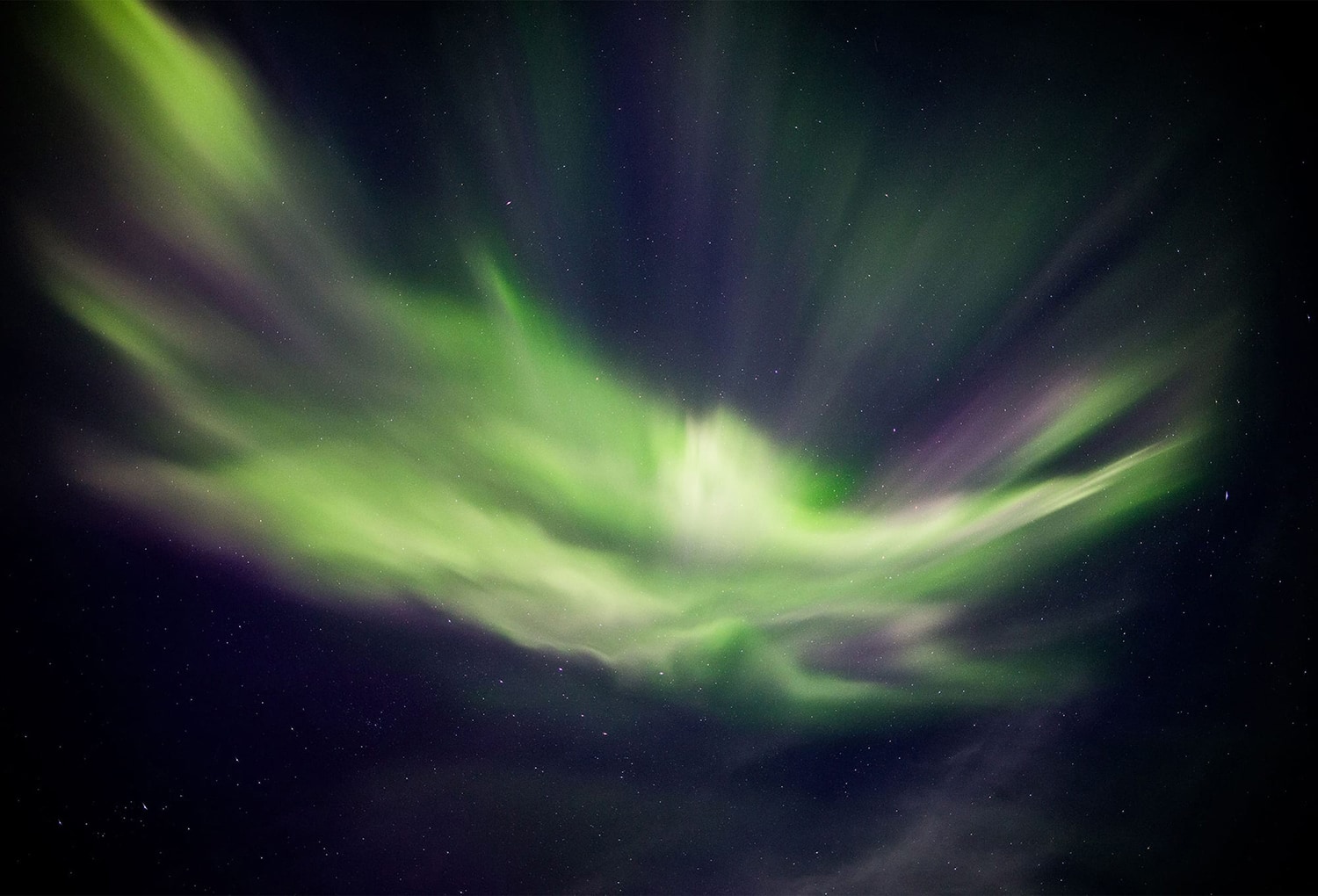 If you still want to see the famous Northern lights of Norway, you can do it in Russia as well. Svalbard is a part of Norway, but Barentsburg on the West Spitsbergen Island is a Russia settlement. There are 2 dormant Russian villages as well — Grumant and Pyramiden.

Visiting “ghost settlement” Pyramiden will be like stepping into a time machine — this former mining Soviet village was abandoned in 1998, and it still looks much as it did in times of the USSR.

Concerning the Northern lights, during the polar night in Svalbard, auroras can be observed even in the daytime. The best option is to go there in February. Sometimes, however, you can catch it in early March.

For seeing the most of Svalbard we recommend choosing a snowmobile tour. During a week, you will visit the main historical sights — both Russian and Norwegian — as well as natural ones: spectacular fjords, glaciers and maybe even a white bear. 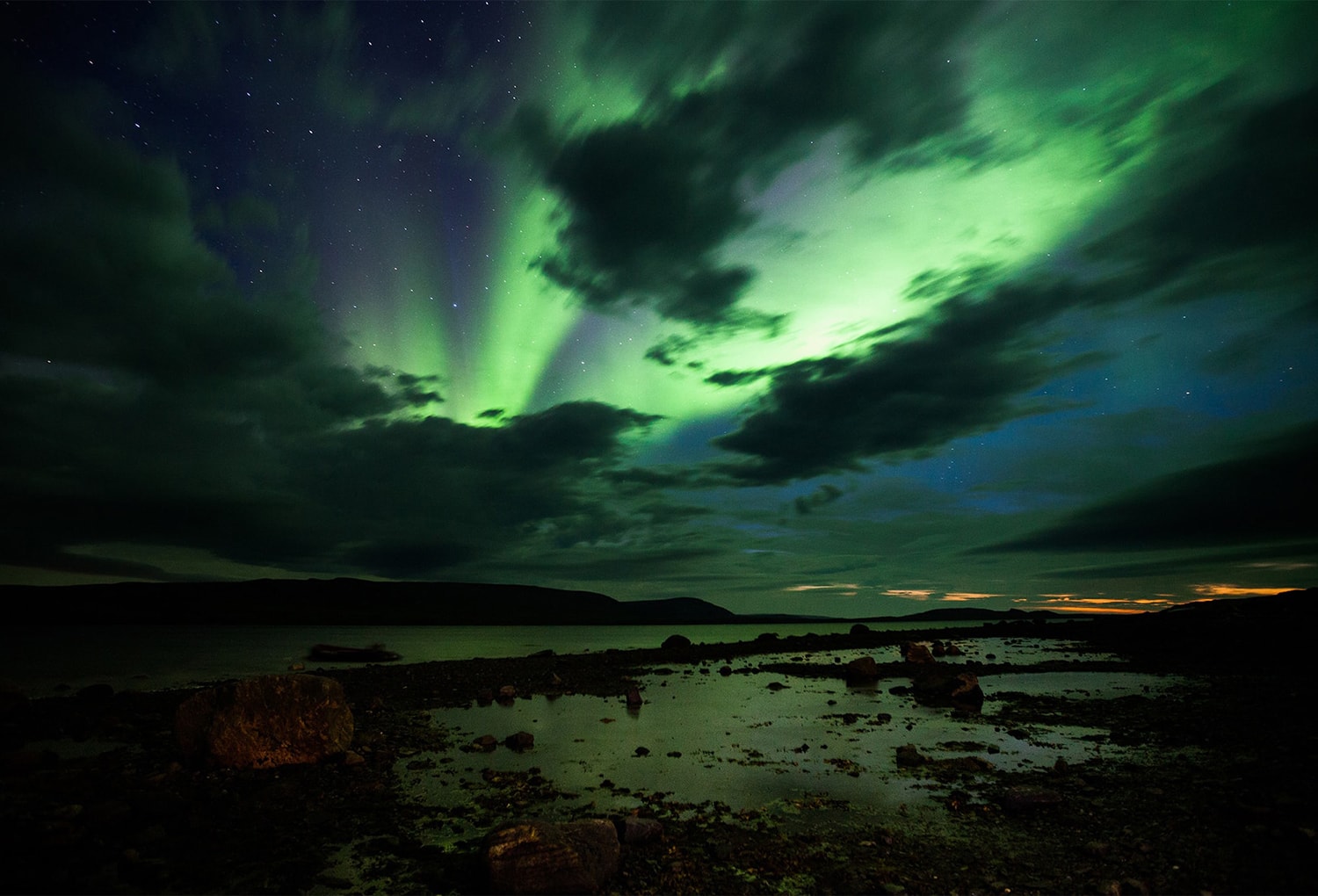 Just as any natural phenomenon, the Northern Lights are not scheduled. There are several tips on how to “catch” it: 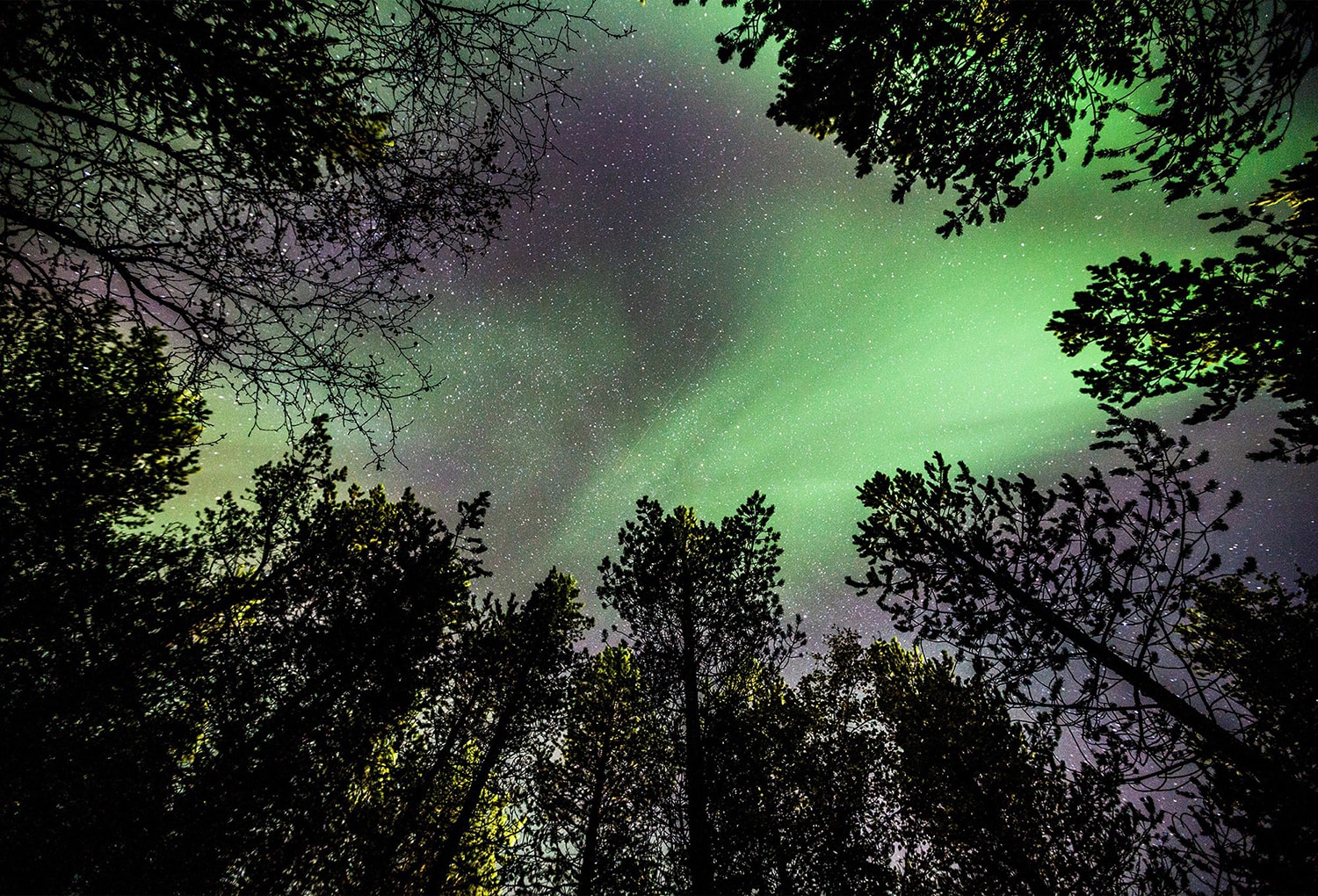 Still, witnessing Aurora Borealis is a matter of great luck. It can last for minutes or even days at a time, but sometimes it does not appear for a couple of weeks. If you don’t want your northern trip to become a waste of time, plan some other activities during the journey. Snowmobiling, meeting the indigenous people of the Kola peninsula, tasting the northern cuisine, visiting a reindeer farm and riding a husky-pulled sleigh — these are some ideas how to make you travel full.

Want to take such trip but not sure how to plan it well? Contact us, and we will organise the best and the most exciting adventure for you — you will only have to pack your luggage. Call +7 (495) 125-28-08 or email us at hello@russiadiscovery.ru