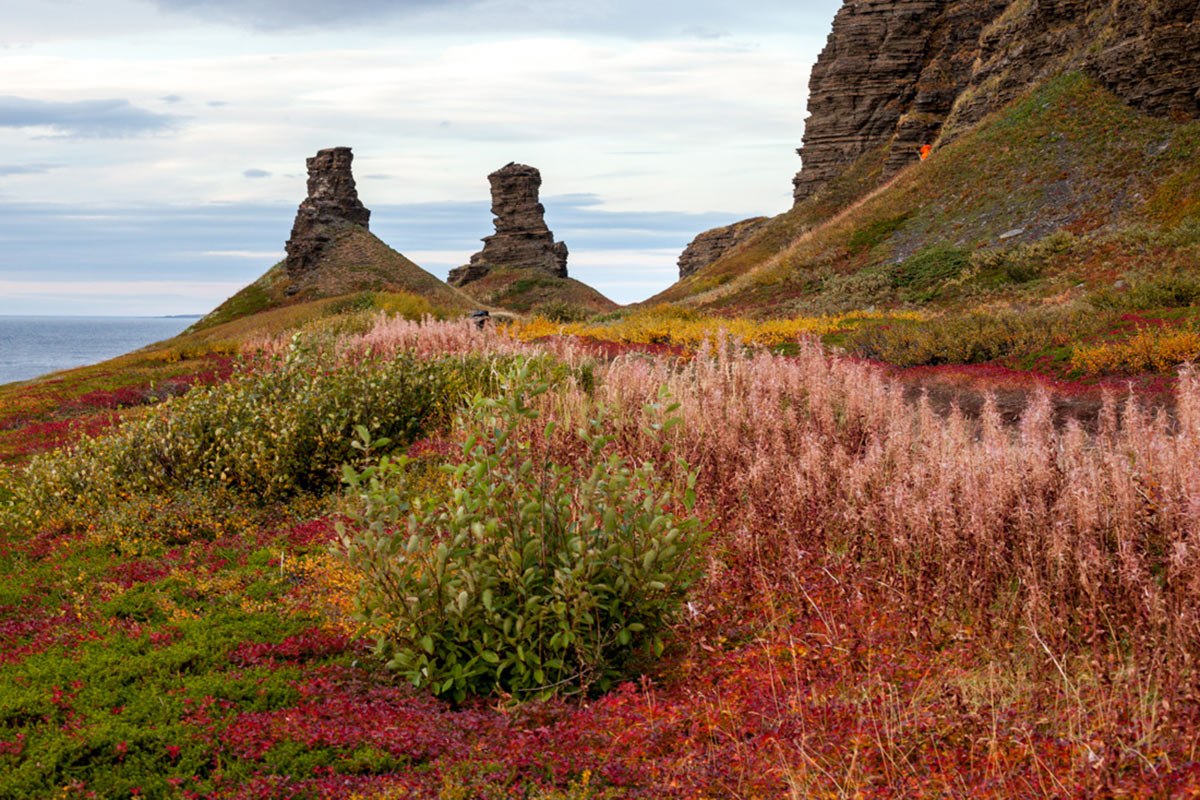 Kola Peninsula is a large, 100k sq. km extension of the Baltic Shield located in Russia’s Murmansk Oblast, approximately 66º north. It is surrounded by the Barents Sea and the White Sea while also sharing an inland border with Finland and a maritime border with Norway. Large and eye-watering, the Kola Peninsula features many magnificent landscapes such as mountains (the Khibiny Range) and tundra in the proximity of Lake Lovozero, with southern Kola being mainly covered with thick taiga forests. With its diverse climate and a multitude of lakes, the peninsula offers a great variety of entertainment for nature enthusiasts, while the unsurpassed assortment of minerals its rocks are made of, like apatite or nephelinite, will not leave anyone unimpressed. Read further to learn more about the miracles of Russia’s northern nature and how to enjoy it to the fullest. 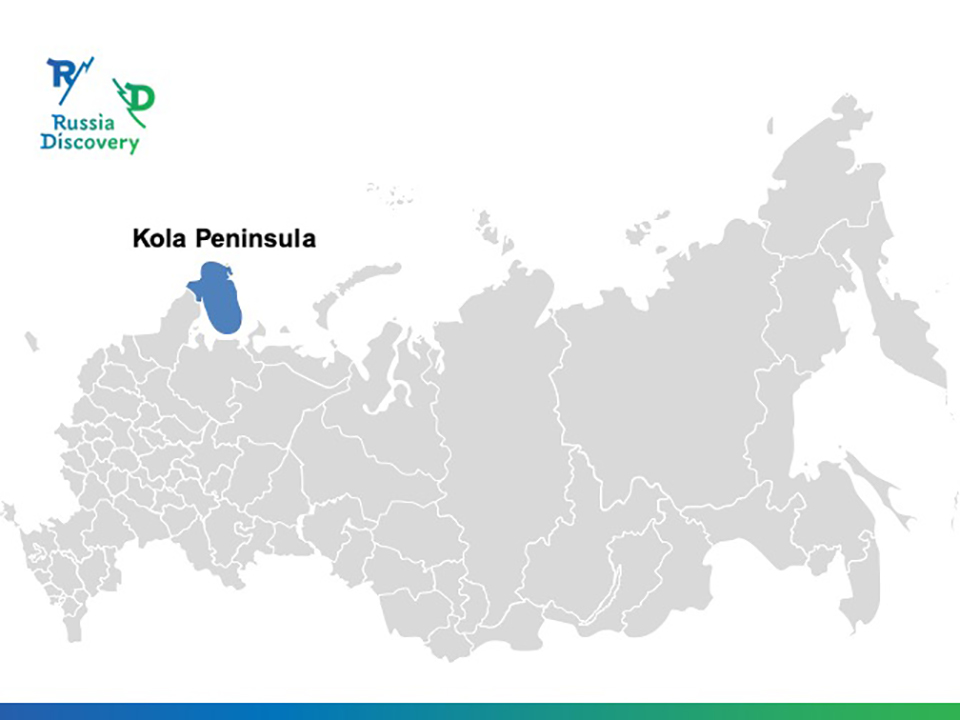 Getting to the Kola Peninsula is pretty straightforward: Murmansk Airport is a destination of many flights from Moscow, St. Petersburg, and Arkhangelsk. Nordic countries have a variety of other options: there are buses from Kuusamo, Rovaniemi, or Lulea in Finland, as well as public transit routes from Kirkenes, where you can fly from Oslo or Tromsø. Russian Railways offers regular trains from Moscow or St. Petersburg. And of course, you can always reach there by car.

Kola Peninsula has Russia’s largest population of its indigenous people, the Sami. However, this demographic has never been large, and now there are only about 1,6 thousand of them in Kola. While early in the 20th century they mostly pursued the traditional lifestyle of Northern ethnics, engaging in reindeer herding and hunting in the vast expanses of tundra, most have to date abandoned these customs, although reindeer herding still employs nearly a third of the Sami. The language, however, is slowing going extinct, as only less than a fifth of this people speak Sami as their mother tongue, the rest considering Russian their first language.

Kola Peninsula lies entirely in Murmansk Oblast, and its population is in slow decline; despite this, Murmansk remains the world’s most populous city north of the Arctic Circle with almost 300 thousand inhabitants, mostly ethnic Russians. There are a few towns in the region whose population is growing despite the general decline; these are mainly closed military towns like Severomorsk, where an increasingly large wing of the Russian Navy is stationed. 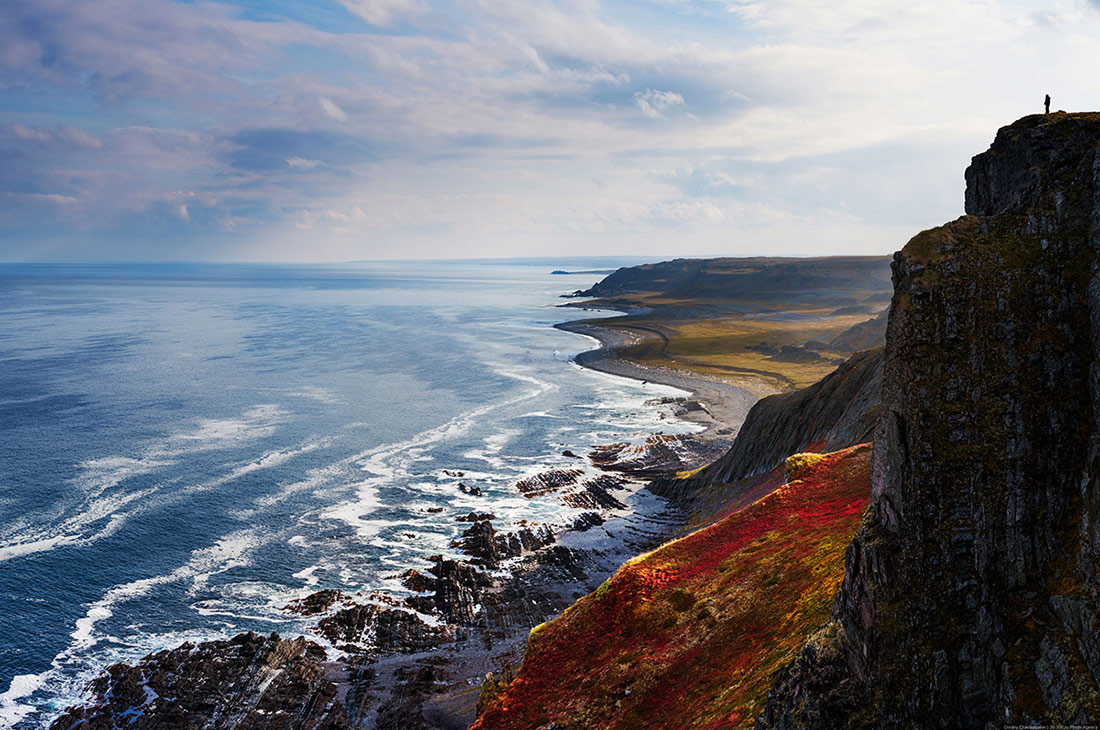 Geography of the peninsula

Kola Peninsula is located in the far northwest of Russia and is a part of Murmansk Oblast. Being a geological extension of the Baltic Shield and of the Norwegian coastline, it appeals to the eye with the magnificent fjords, tundra and taiga, mountains and Arctic coasts—all in a relatively small region that can be traversed in ~7 hours by car. While mountains have long been the selling point of the peninsula, lakes like Lovozero, Imandra, or Kanozero, the latter featuring a large collection of petroglyphs (rock paintings) at its shore, have recently got on the touristic spotlight. 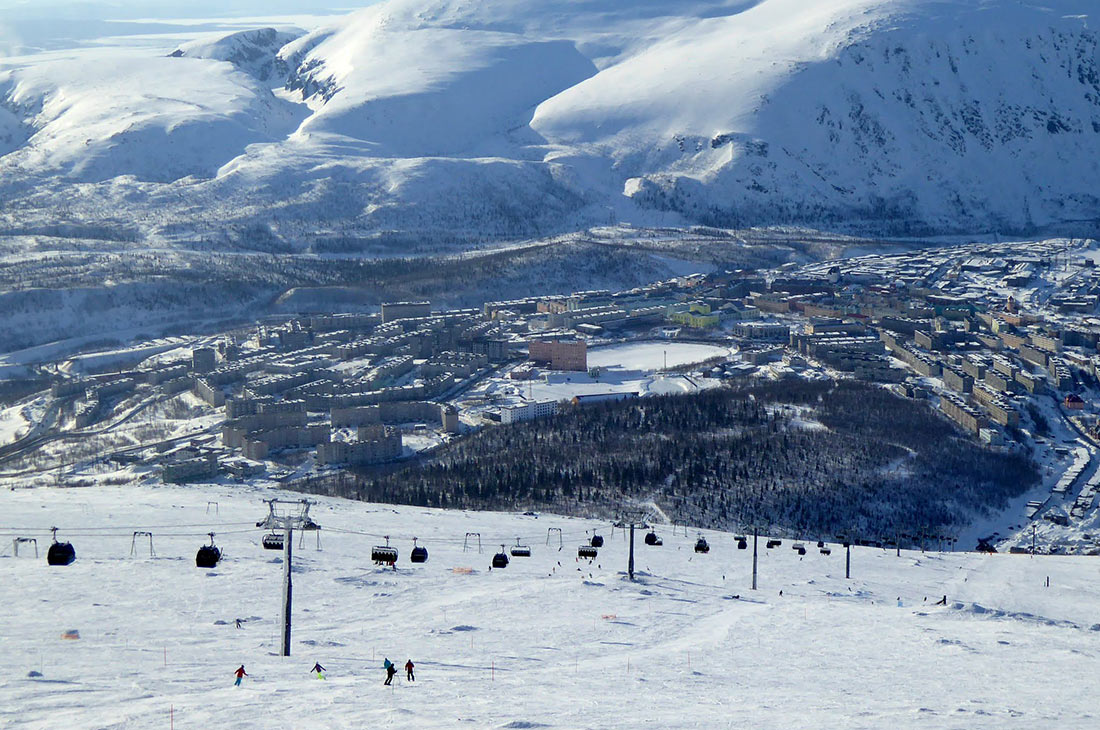 Kirovsk is a town in Murmansk Oblast, an emerging center for alpine skiing, mountain hiking, and a variety of other winter- and snow-themed activities; it has a population of about 26 thousand people. 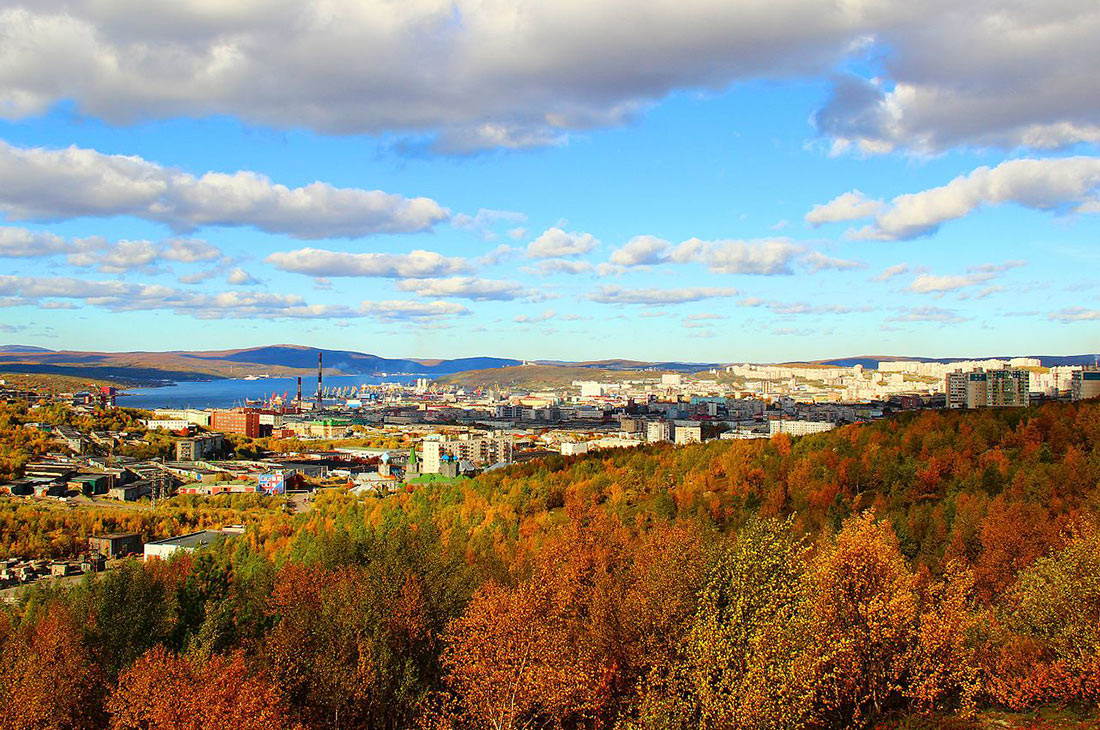 Murmansk is the capital of Murmansk Oblast and is the northernmost city with a population of >250,000 people. “Northermost” is the buzzword here: a New Apostolic Church, a Jewish community, a monastery in the village of Pechenga, a trolleybus system and an electrified railroad, a few international clothing outlets like Pull&Bear or Bershka, or even such things as a McDonald’s restaurant—all these things are northernmost in Murmansk. 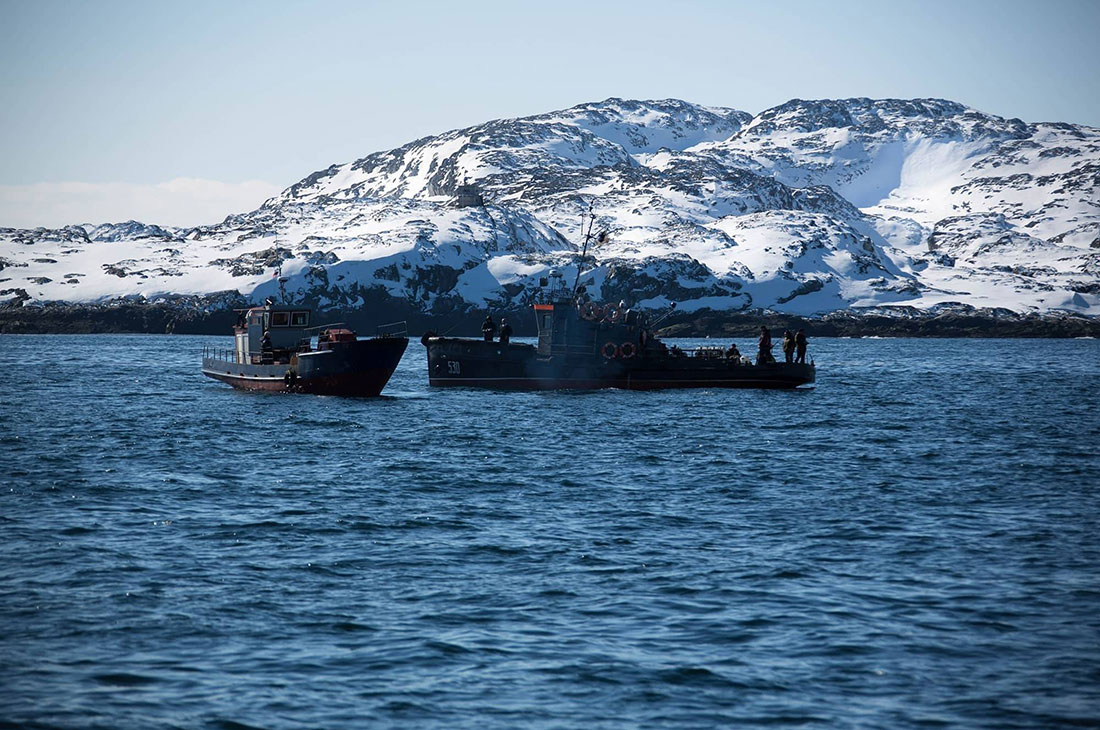 Economy of the Kola Peninsula

While being a popular touristic site that is seriously aiming at competing against Iceland or Norway in northern tourism, the Kola Peninsula was not originally meant for tourists. Instead, its abundance of minerals and metal ores gave rise to multiple extraction enterprises and mines, which subsequently boosted metallurgy, while the strategically critical location as a seaport turned Murmansk and a few towns nearby into important naval facilities. Fishing is a major contributor to the local economy; thus, there are four sources of money upon which the Kola Peninsula thrives: tourist dollars (well, rubles), metals and minerals, fishing, and federal financing through military channels. 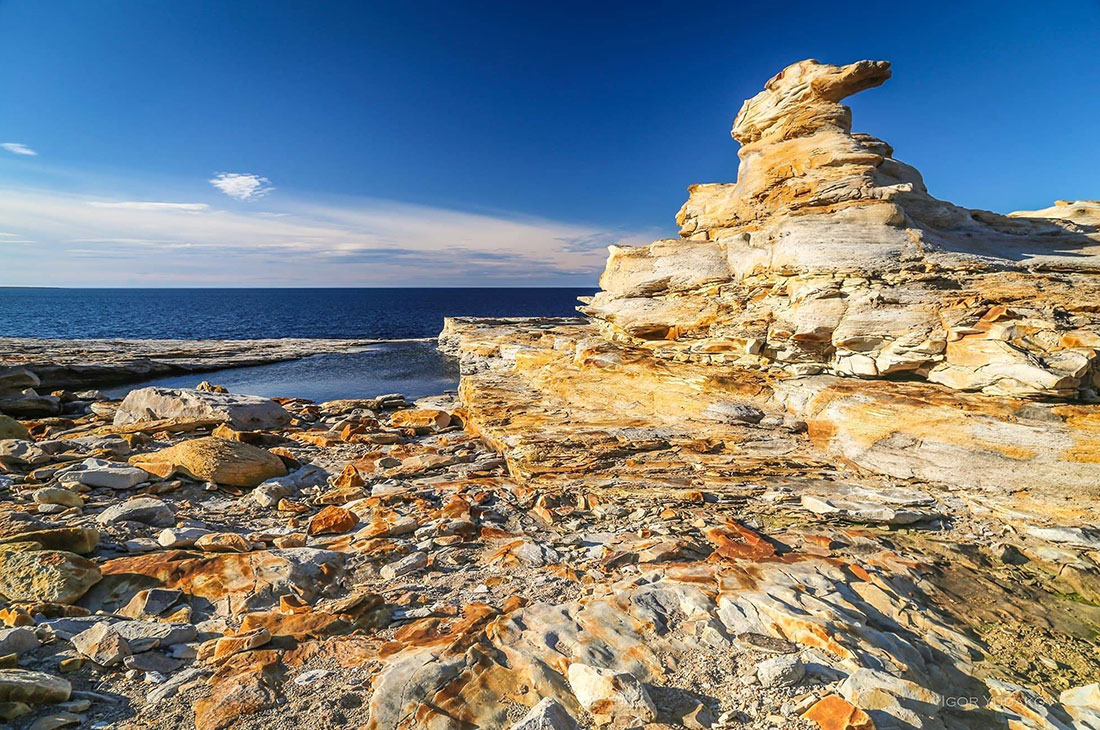 Whether you are a frequent flier or prefer the freedom of riding a car, the City of Murmansk will likely be the first point of your itinerary. Thanks to its seaside location, Murmansk enjoys relatively mild winters compared to other places at 69º north. The first thing to see is Lenin, a nuclear-powered icebreaker-turned-museum, as well as quite a selection of the world’s northernmost locations like McDonald’s, see Murmansk above. Developed in the 20th century with the Navy in mind, that spirit of defensive maritime military is what flows in Murmansk’s veins: a lot of museums, memorials, galleries. 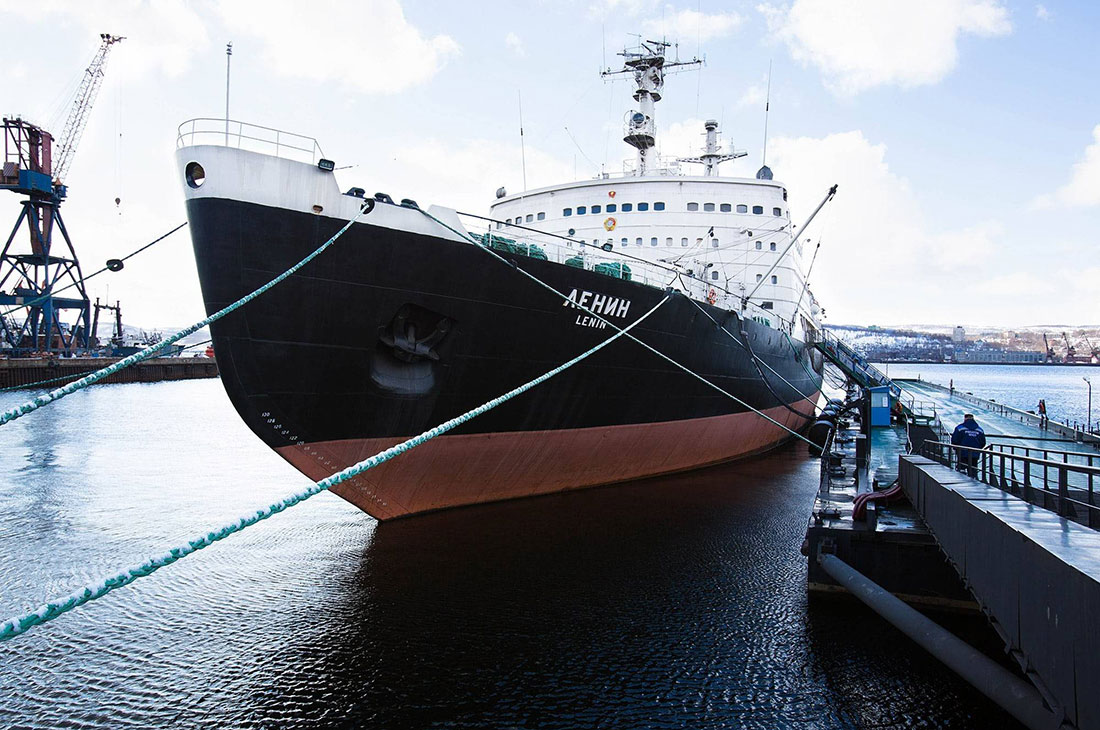 Northern lights are also a major tourist attraction, which, however, is better seen outside major cities, where the cloudy smog will not spoil the view. The Sami village of Sam-Siyt at Lake Lovozero is an open-air museum that offers deep immersion in the Sami culture, where visitors can feed reindeer off hand, ride a reindeer-pulled sled, worship the Northern idols, try venison, or play with huskies. The town of Monchegorsk has a museum that boasts one of the world’s largest collections of semi-precious stones and minerals the Kola Peninsula is famous for, including apatite and nephelinite. It is also a ski resort that offers a unique experience of riding a kayak down the sleek snow-covered slopes in winter. Next to the town is the Lapland Sanctuary, the must-go place for wildlife enthusiasts. 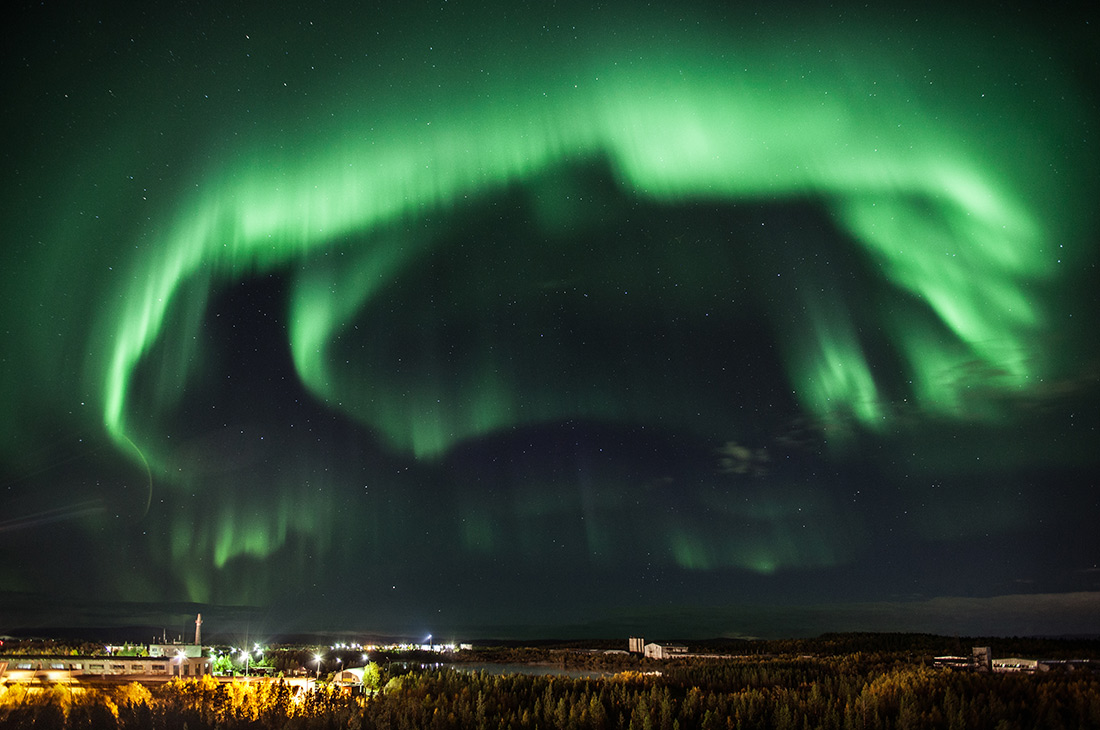 Kola Peninsula has that very rare quality of combining seaside locations and mountain views in relatively small space. The Khibiny Mountains, thanks to their strong snow cover and rather predictable climate are one of Europe’s best locations for skiing nearly all year long, especially in March and April thanks to outstandingly long daylight hours. Khibiny is also great for hiking, as the mountain range features classified hiking routs of varying difficulty, from Category I to Category IV. Freestyle skiing, mountain biking, paragliding, snowmobiling, dog-pulled sled riding, and even crossed-terrain SUV tours are all popular forms of entertainment in Khibiny; the place was the world’s first recognized alpine-skiing location north of the Arctic Circle. This is a FIS-certified state-of-the-art ski resort, Bolshoy Vudyavr (named after the eponymous lake nearby) in the town of Apatity just 12 km away from Kirovsk. The north-themed Botanical Garden and the Snow Village (which is literally a village built of snow and ice) are not to be looked down upon either! The Kirovsk-Apatity metropolitan area also boasts a gallery of ice sculpture and a museum of geology, while history fans will be eager to see the petroglyphs, primeval rock paintings near Lake Kanozero. 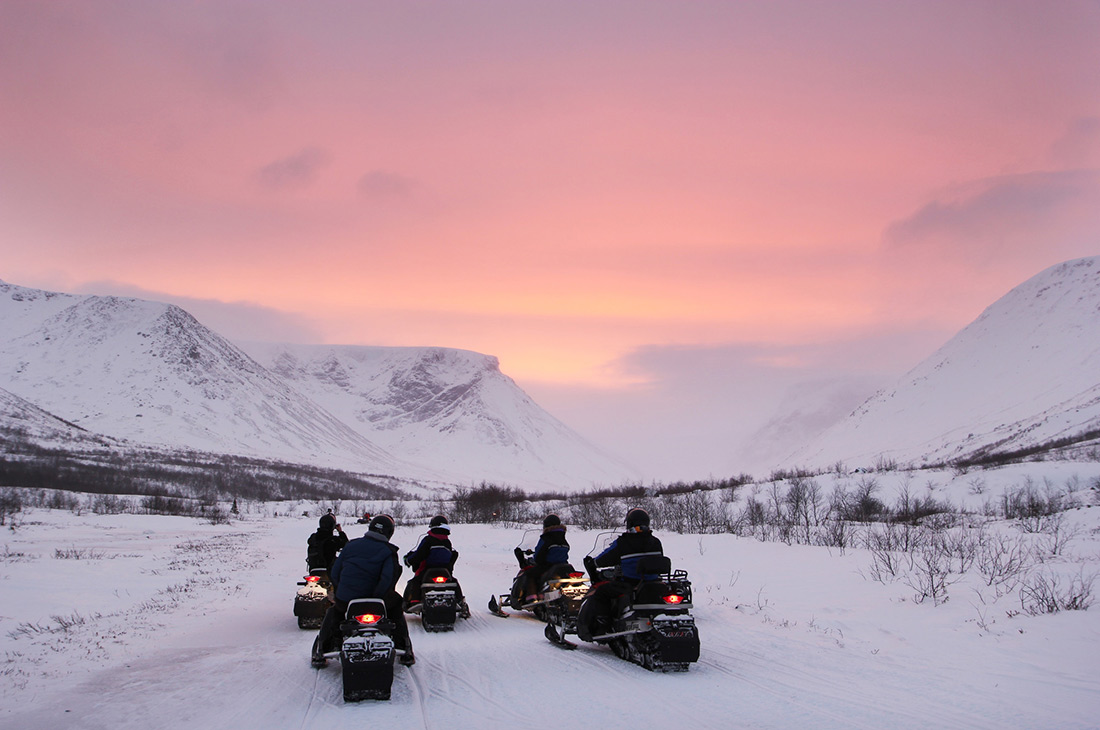 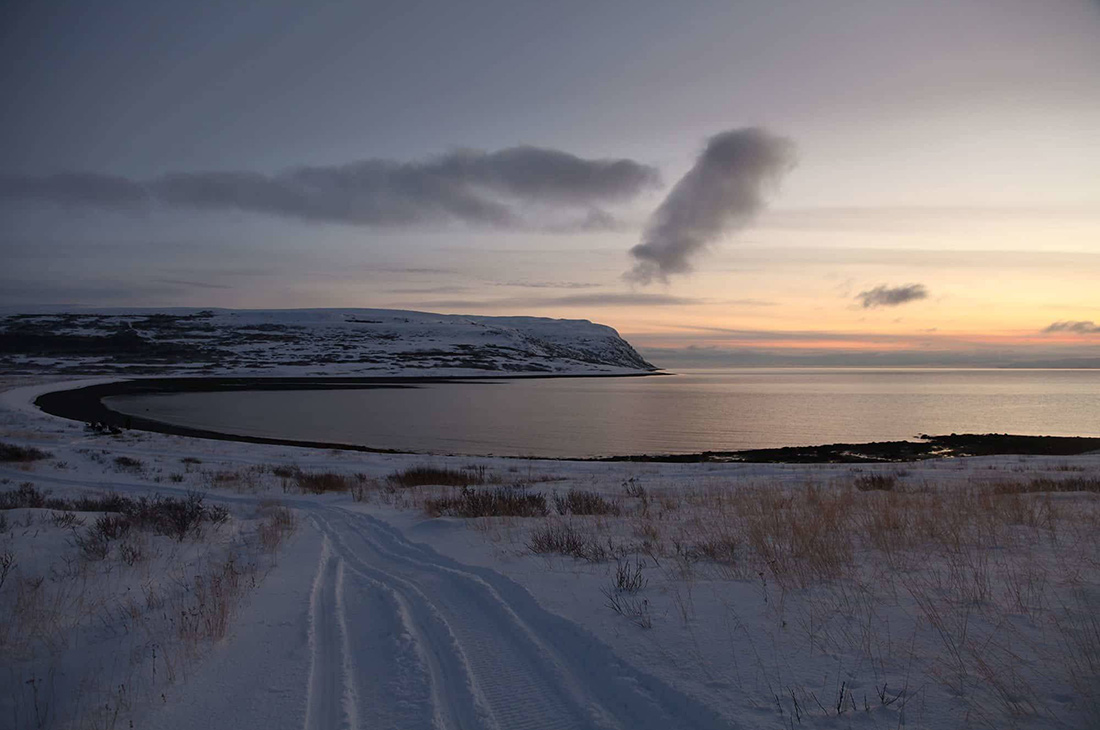 One thing to know before going to the Kola Peninsula is that it is cold there. -32ºC (~-26ºF) is nothing special in winter or even in March. Add winds and high humidity to the equation, and appropriate clothing becomes an apparent necessity. Temperature may climb up as high as 28ºC (~82ºF) in July though. Note that being north of the Arctic Circle, Kola basically has a half-year long night taking turns with a half-year long day. The climate is classified as subarctic, but the seas are never icebound nearshore thanks to the Gulf Stream. 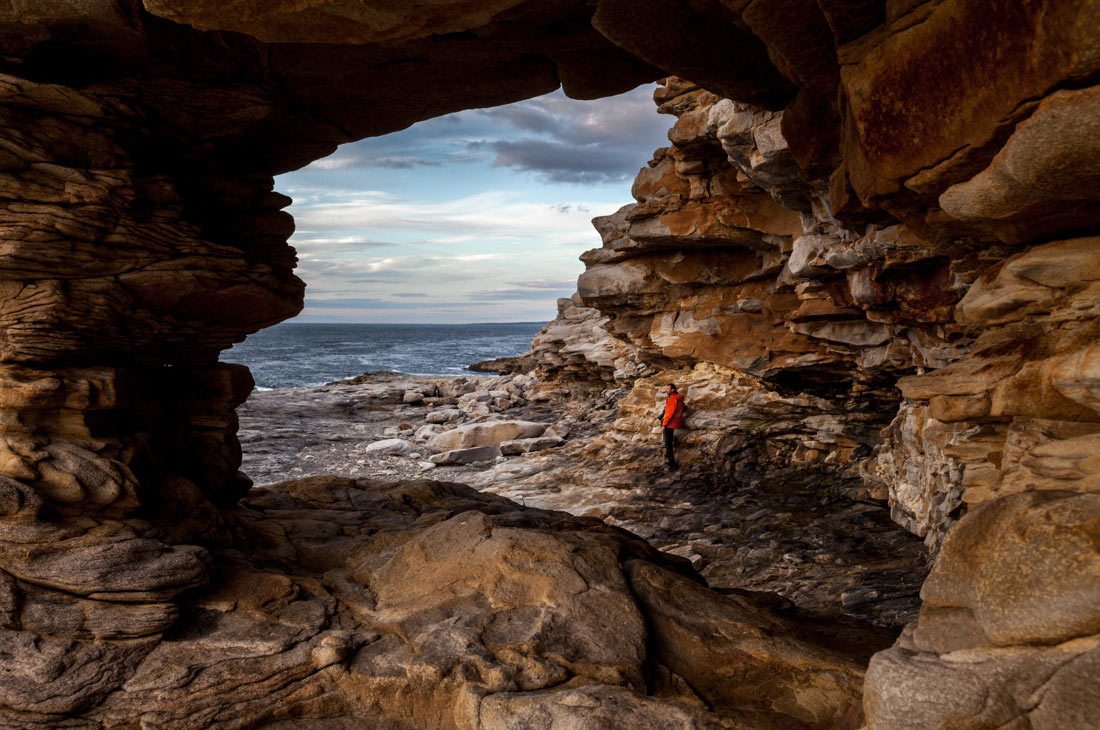 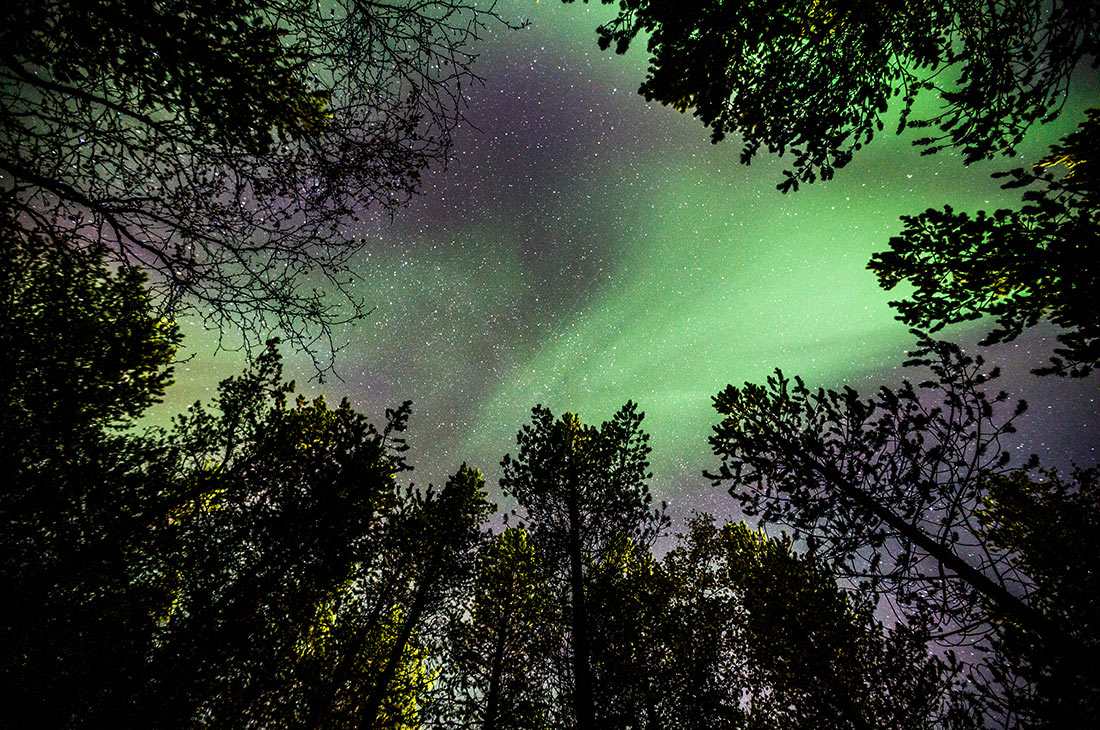 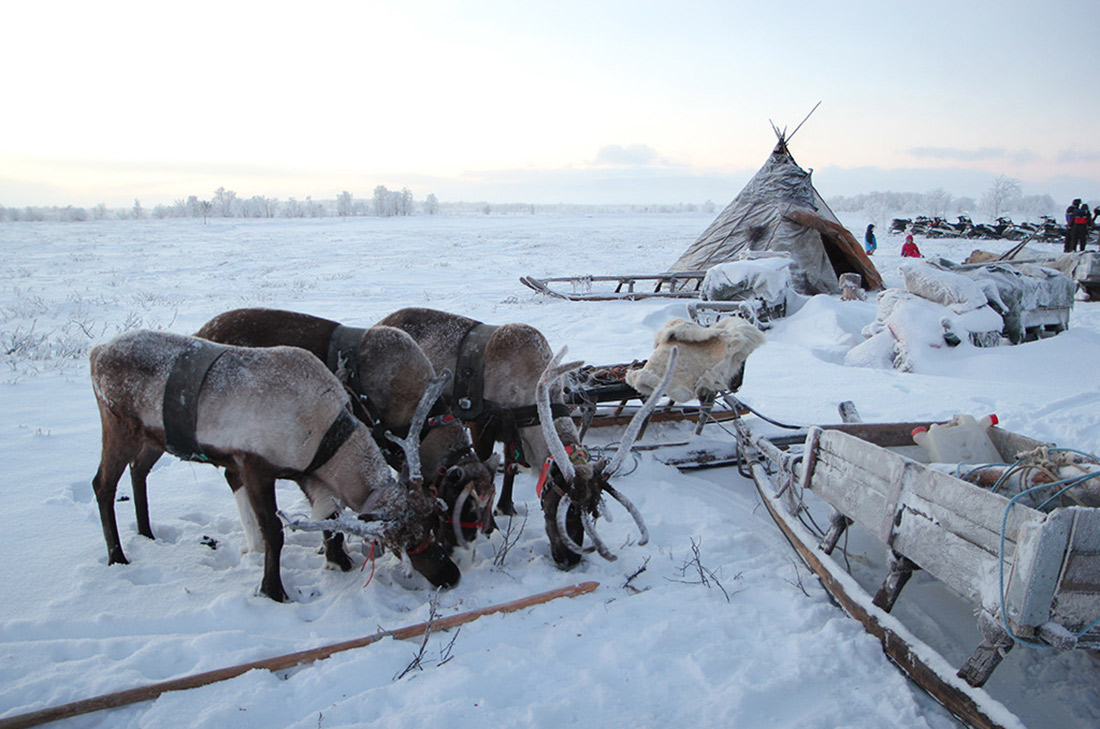 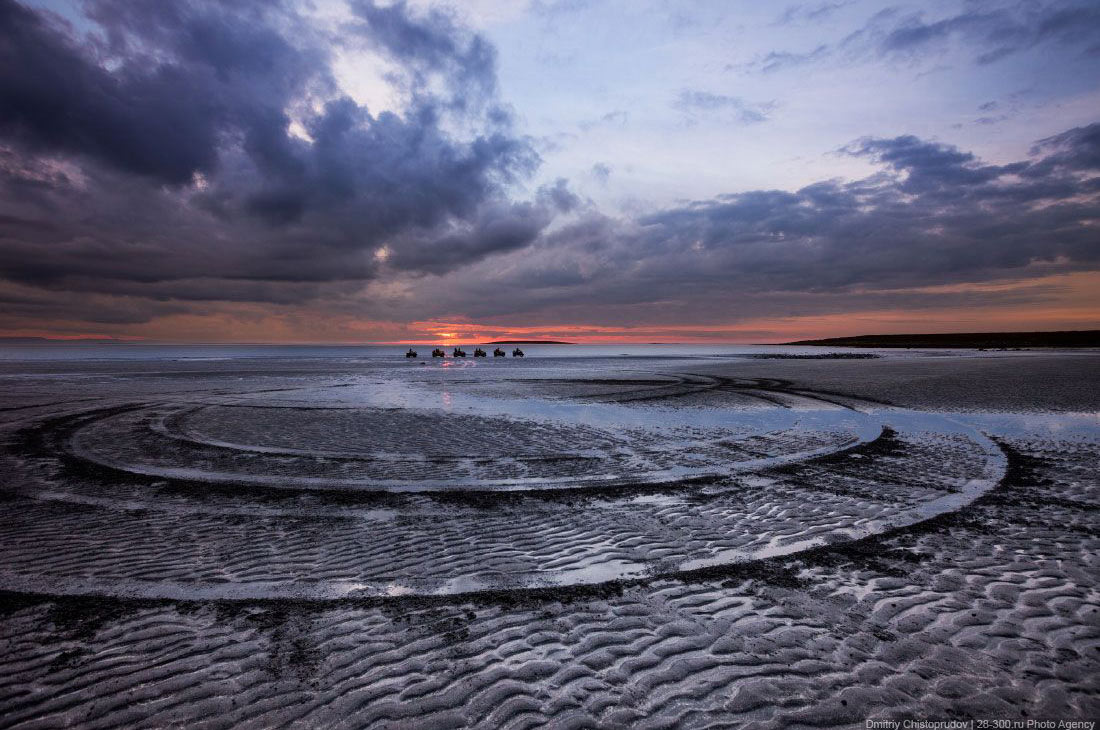 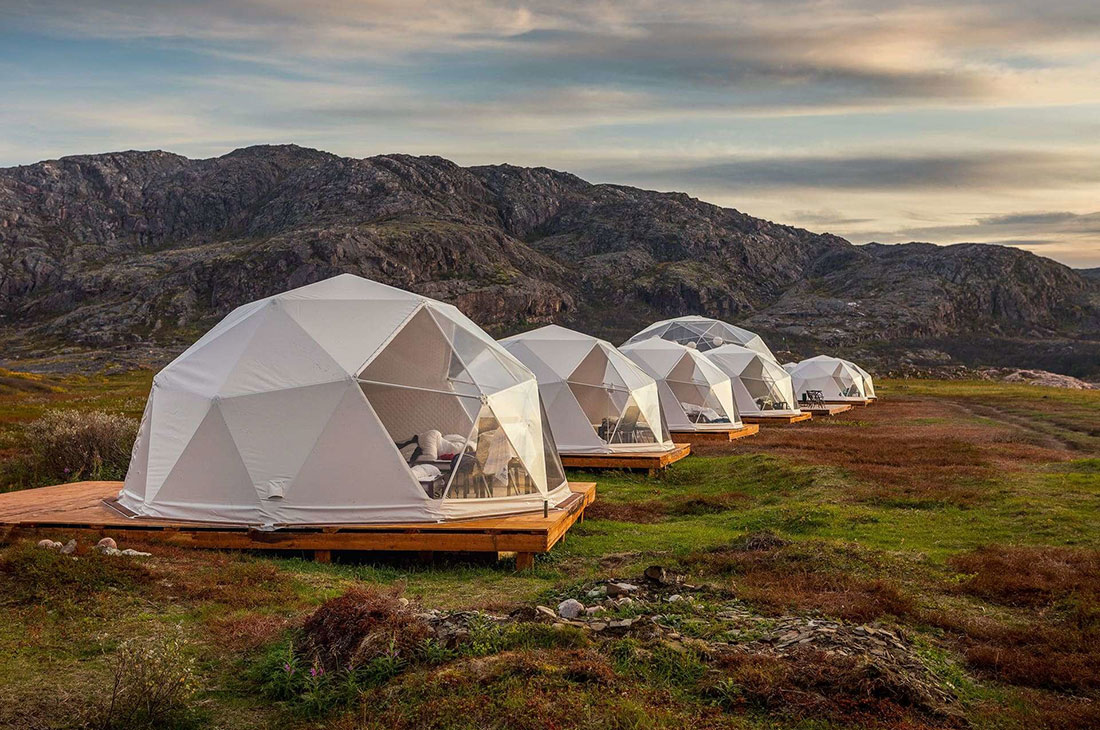 Murmansk is a major city that has a variety of hotels, hostels, and AirBnB apartments for any taste or budget. Well-managed campsites with amenities and countryside hotels can also be found in Kirovsk and at the feet of the Khibiny Mountains. Lovozero (lake and the village named after it) also have a cozy home for tourists and their families (and not just one!) Tent camping is also an option for those brave adventurers who seek more authentic experience. Glamping is for the ones who love both adventures and comfort 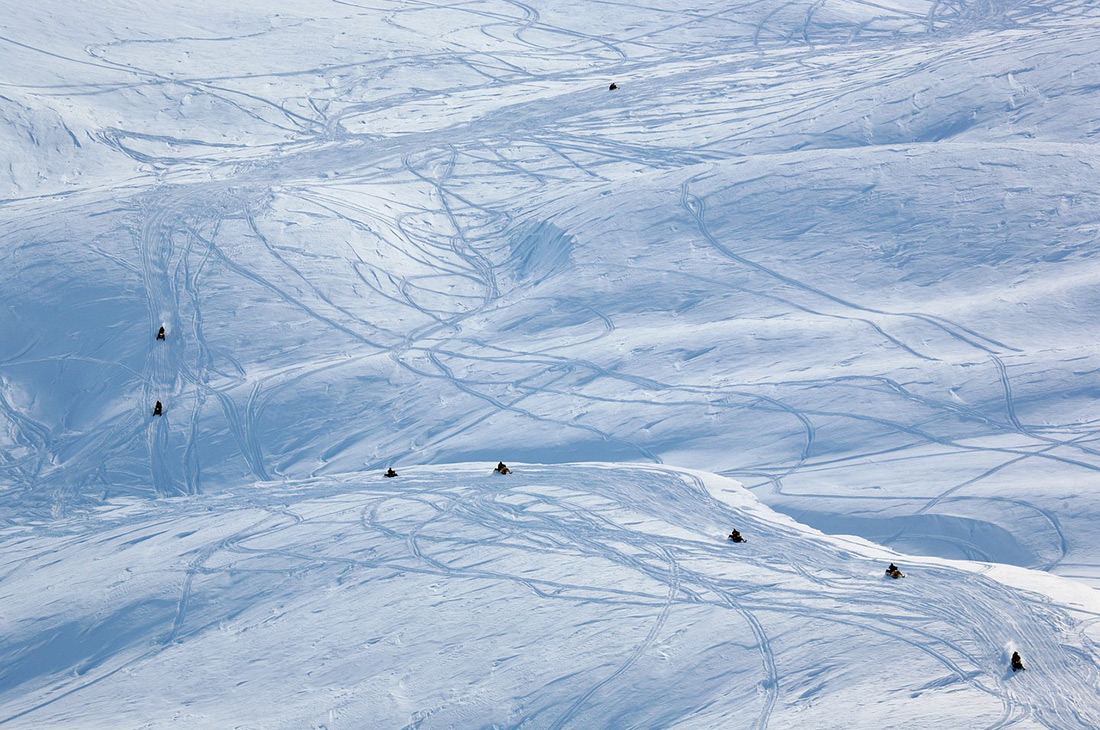 Kola Peninsula is generally not considered a dangerous location; however, a few precautions are still advisable. Mind the weather: no skinny dipping here unless somebody really wants to get cold (or to drown, as lake waters here are cold enough to cause muscle paralysis in a matter of minutes). The off-limits areas listed in the next section are off limits for a reason, and this list is nothing to be ignored. Taiga forests are huge thickets where getting lost is as easy as ABC, so consider bringing a compass, a GPS tracker, and at least some basic survival kit (flashlight, Swiss army knife, weatherproof matches, and signal rockets) if you are up for a forest hike. Dress appropriately for weather: it is both cold and humid here, so a waterproof jacket and thermal underwear are strongly recommendable. The emergency services also recommend wearing high-contrast outerwear to be easy to spot from a helicopter shall things go south while you are in the north. 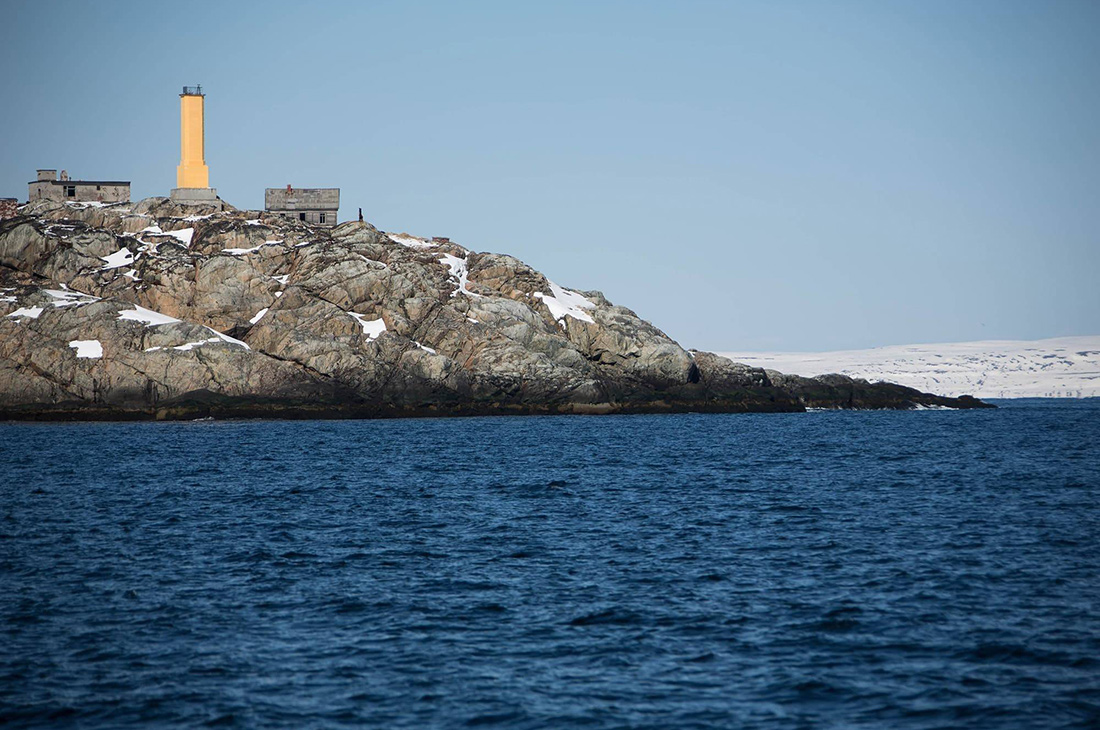 Kola Peninsula is extremely popular with foreign tourists in summer, who mainly come here to fish the rivers as well as to eyewitness the world’s largest city within the Arctic Circle, Murmansk. Note that some parts of the peninsula are restricted-access areas, where aside from a tourist visa, an international visitor will need a special entry permit. An application will need to be filed with the FSB in Murmansk Oblast by the inviting party, which must be a Russian national residing in such an off-limits area. The deadlines are strict: 45 days before the scheduled entry. Note that a foreign national willing to visit such areas must first be registered with the immigration office in any Russian settlement that does not require special permits, which effectively renders accessing these areas impossible for most.

So what are those ‘Areas 51’ of the Kola Peninsula? These are:

In addition to these, Russia has 38 closed towns, six of them (Aleksandrovsk, Ostrovnoy, Severomorsk, Snezhnogorsk, Vidyayevo, and Zaozyorsk) in Murmansk Oblast. Since all of them contain highly classified military facilities of the Russian Navy, visiting these is out of question (and they are not particularly appealing for touristic purposes anyway).

Heart of the Kola

Journey to the North