How to present a new SUV model at the edge of the world: Volvo & RussiaDiscovery case

In the summer of 2019 RussiaDiscovery became an expedition partner of Volvo Cars and CBAgency communications agency. We organized the expedition part of the updated Volvo XC90 SUV model test drive on the Kola Peninsula. Popular bloggers, travel photographers and journalists took part in it. 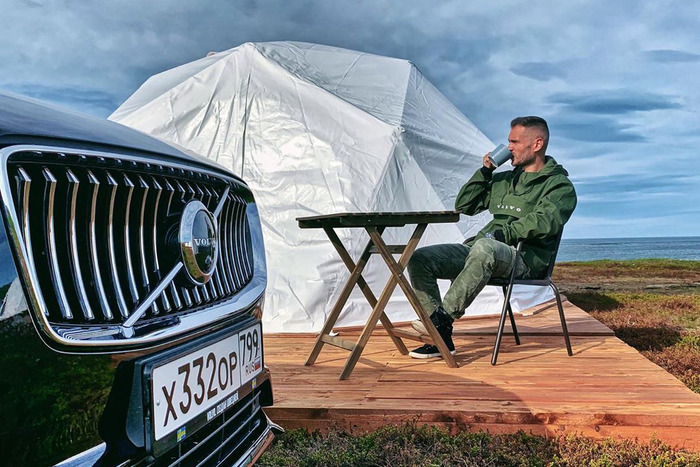 CBAgency is the official press agency of Volvo Cars. Volvo Cars is a Swedish automobile company, a manufacturer of cars under the Volvo brand. It was founded in 1927, its market includes about 100 countries.

Volvo offers a discount for RussiaDiscovery’s customers when buying a new car.

In 2019, Volvo Cars released an updated Volvo XC90 SUV model. The goal of the company was to stimulate its sales. To show the possibilities of using this model, the company planned a test drive for the new car. Creative concept of the expedition with the participation of journalists and bloggers was developed by CBAgency.

Our task: to select the location for the test-drive - an unusual off-road location, and to organize the expeditionary part of the program: to develop the route, to offer a place of residence with a high level of comfort and catering, as well as to include additional entertaining activities for the participants in the program. 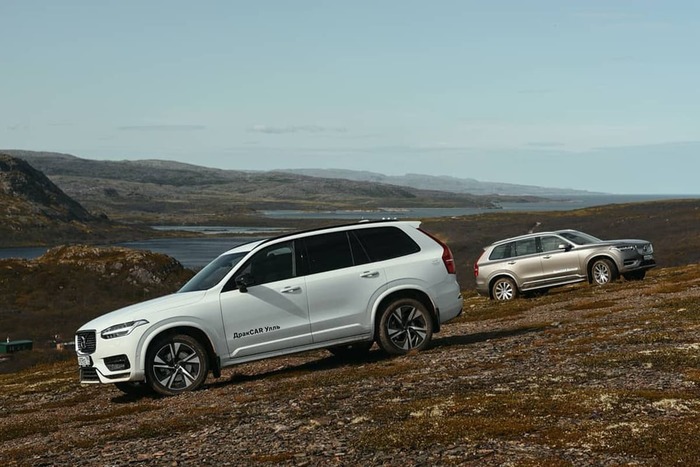 We suggested the Kola Peninsula for the test-drive and accommodation in a dome glamping site right on the ocean shore. In addition, an ATV ride along the Sredniy Peninsula was organized for the participants.

Volvo Cars and CBAgency conducted a test drive with journalists and bloggers. Various media including Rossiyskaya Gazeta, RBC and Rambler/Auto published reviews of the SUV's capabilities in the Far North. Bloggers and travel photographers posted about Volvo XC90 tests on their social networks. Instagram posts can be found under the hashtag #volvoxcpedition 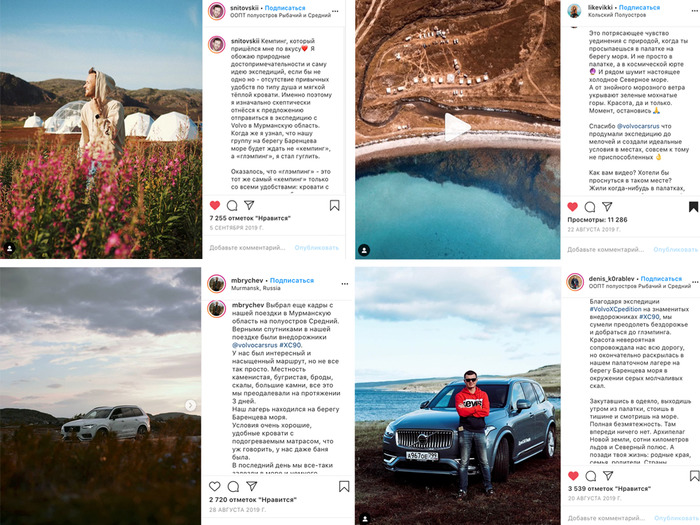 Our work consisted of five blocks:

1. We have chosen the Kola Peninsula as the location for the test drive.

We suggested the Kola Peninsula for the test-drive of the Volvo XC90: 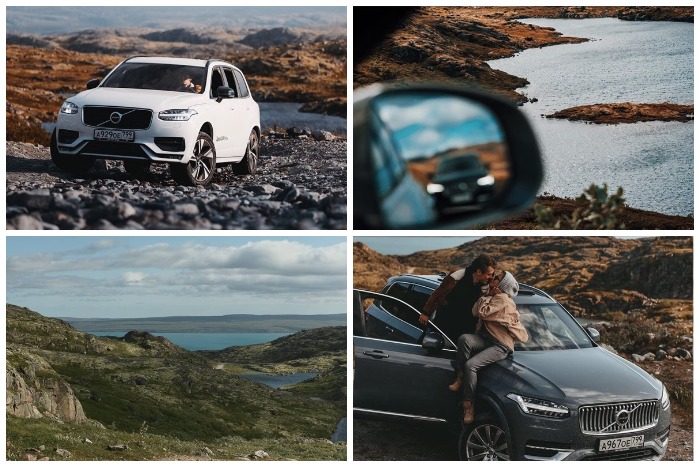 Photos by (from the left to the right): Magomed Shapiev, Alexander Markovsky, Mikhail Brychev, Maria Balueva 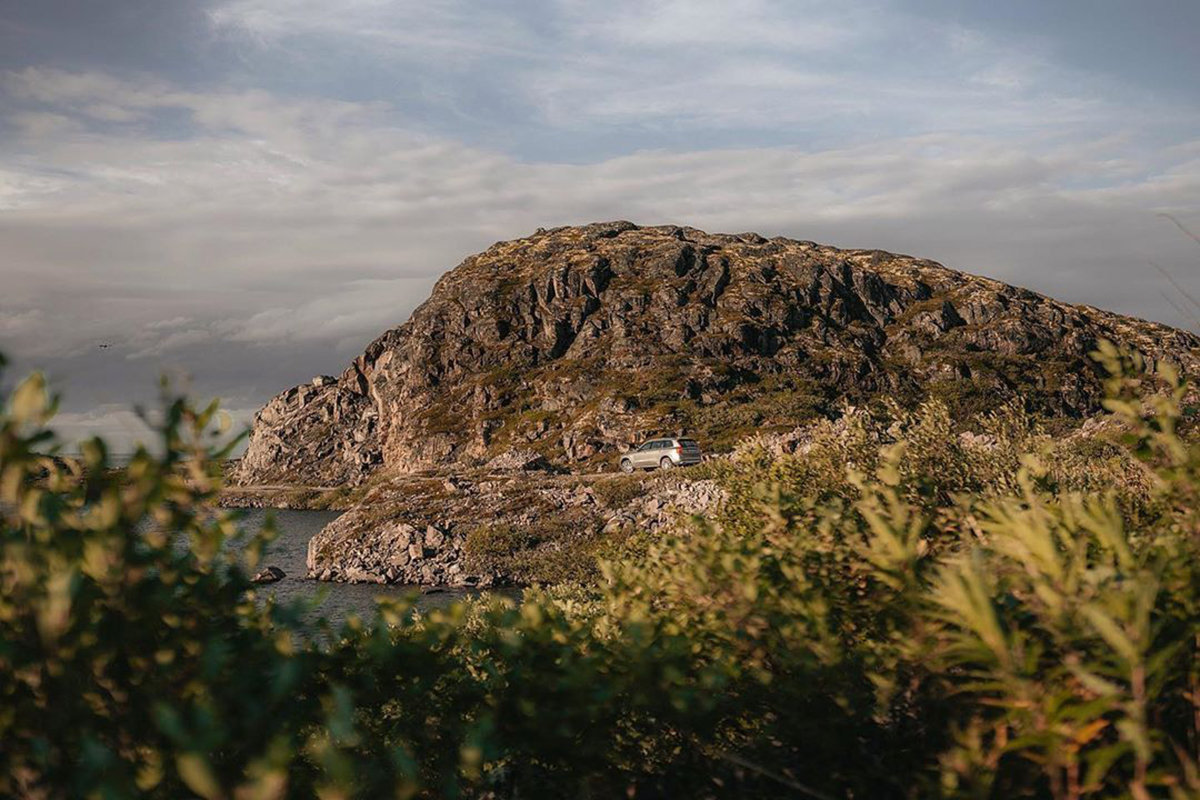 2. A special route for the test drive

The route for the test-drive of Volvo XC90 SUV went over unpaved roads with sharp rocks, fords, descents and ascents.

The route was suggested by Julia Grigorieva - executive director of RussiaDiscovery and Sergey Glukhov - a professional guide on the Kola Peninsula. Yulia had been to Kola Peninsula 17 times, she participated in creation of tourist programs and routes on the peninsula. Sergey lives in Murmansk region, he has been managing tourist groups since 2003. He is a snowmobile and ATV mountain driving instructor. He has participated in four Arctic Trophy rallies and the Expedition rally.

We tested the route with the instructors of CBAgency before the race with the participation of bloggers and journalists. We made necessary changes as they wished. 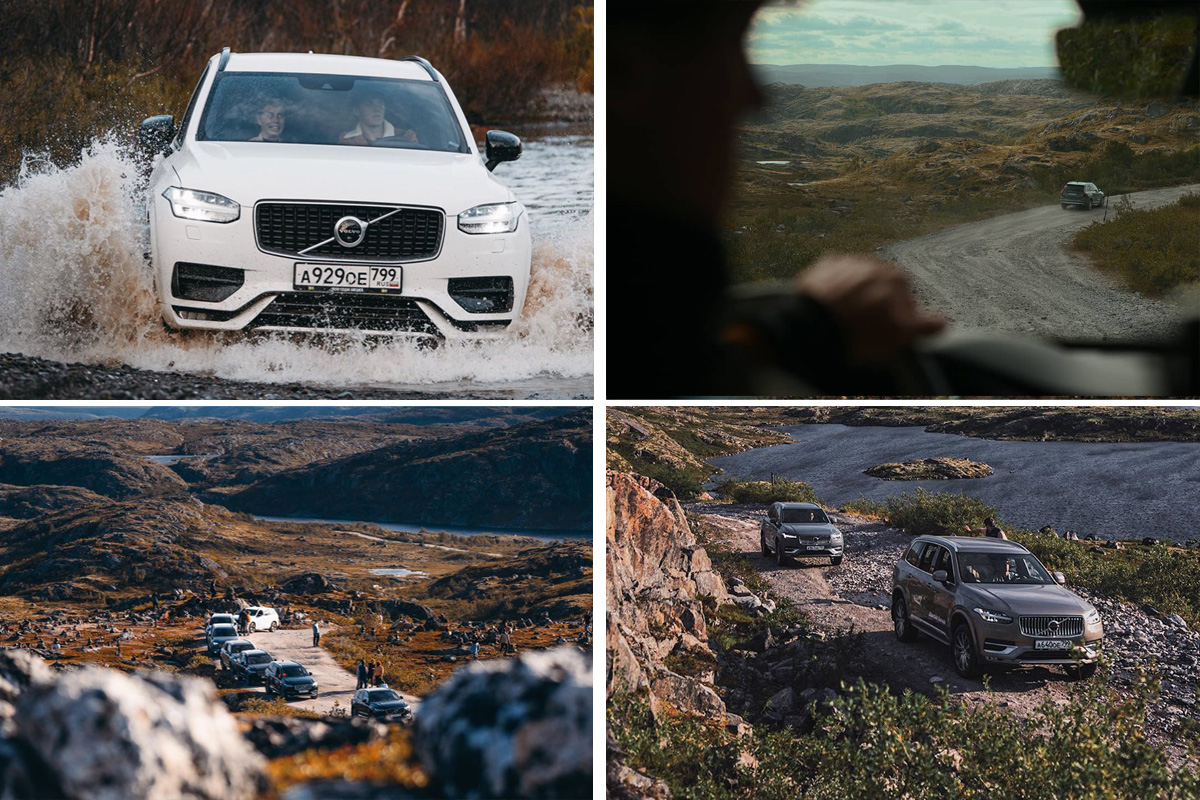 Photos by (from the left to the right): Magomed Shapiev, Mikhail Brychev, Alexander Markovsky

3. Provided accommodation in a glamping site

We offered the RussiaDiscovery glamping site on the Kola Peninsula as accommodation. It is a camping with the highest level of comfort right on the shore of the Barents Sea.

On its territory there are: 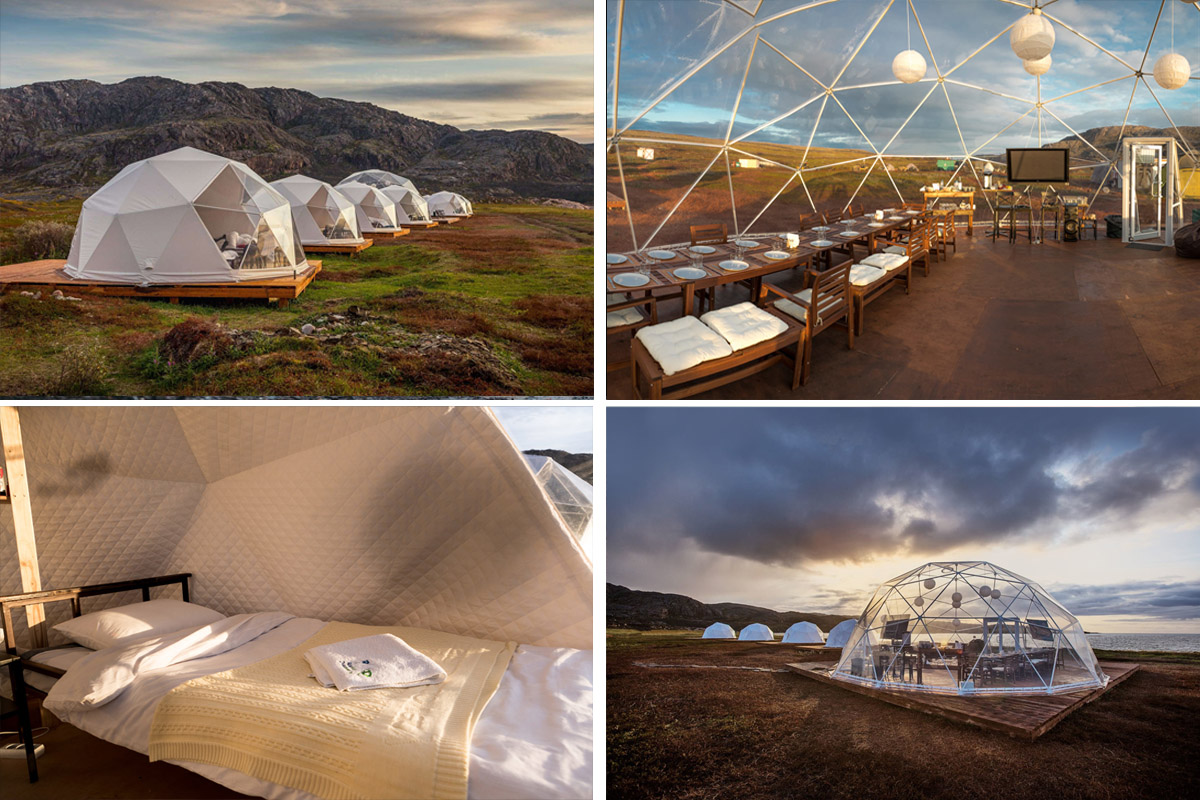 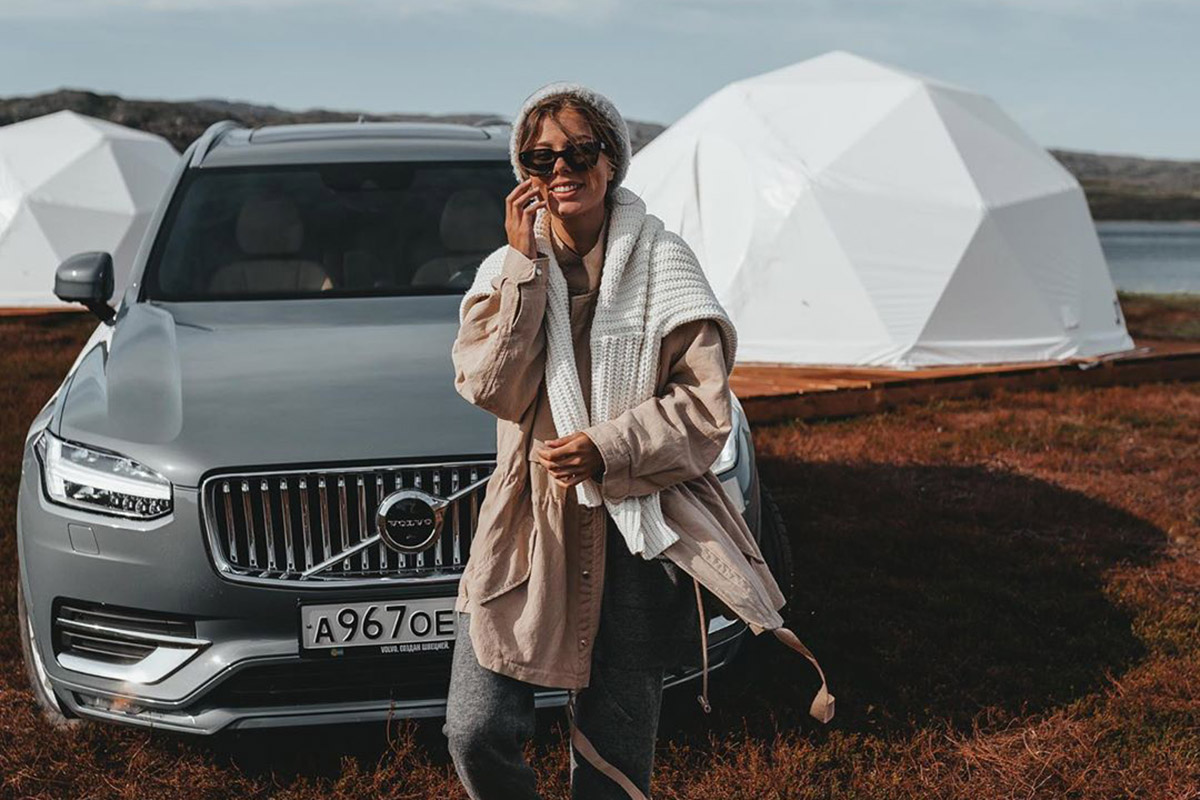 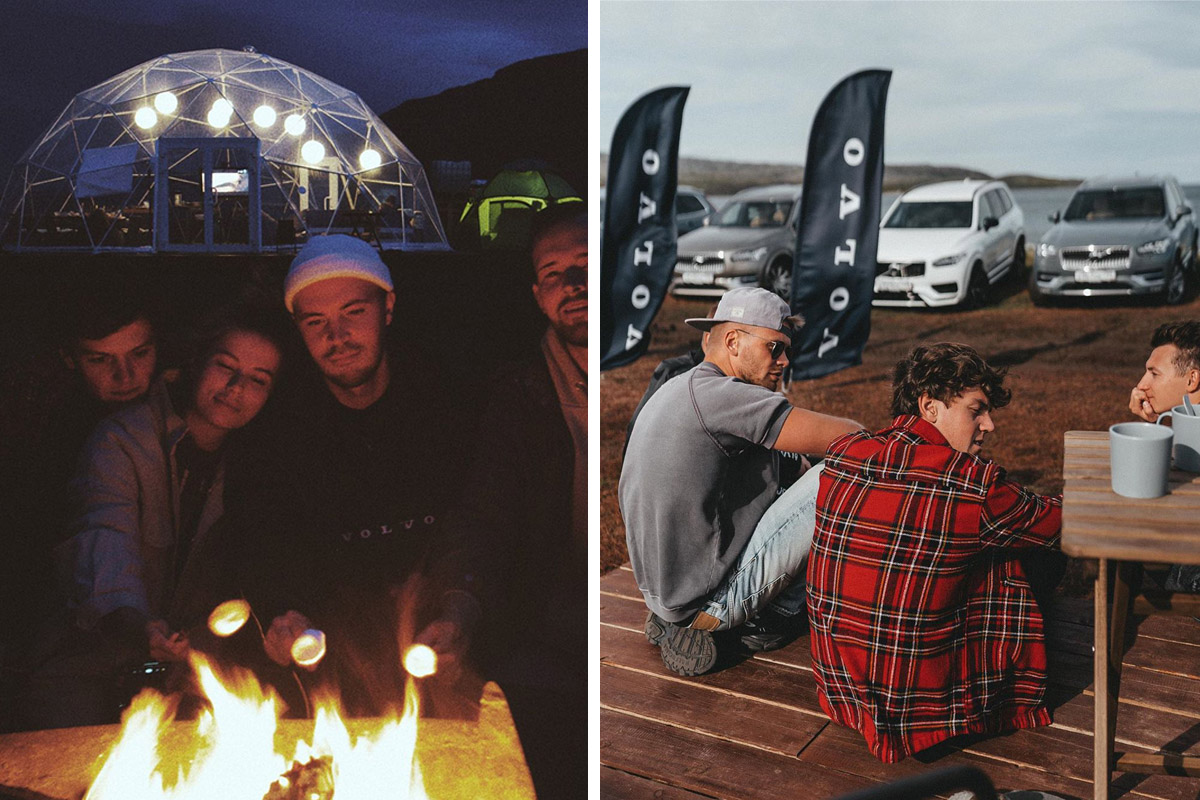 Photos by (from the left to the right): Sergey Kalyuzhny, Maria Balueva 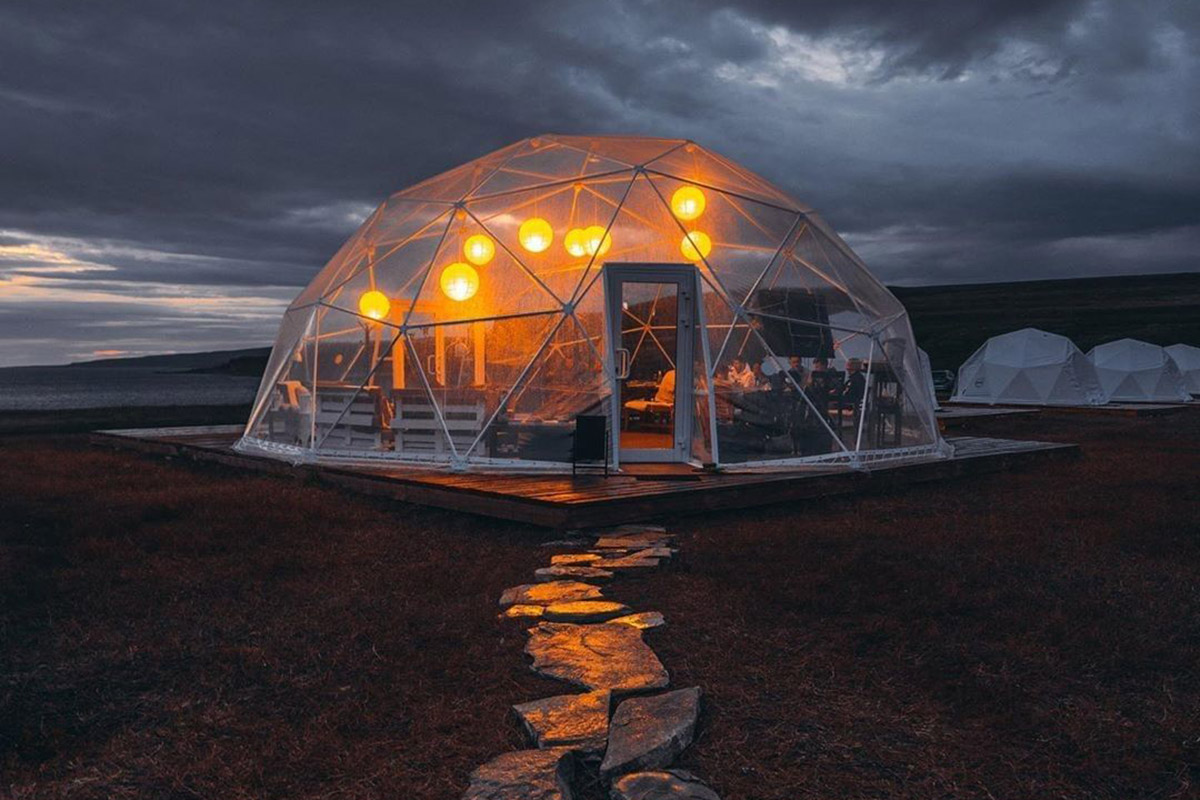 We provided restaurant level meals for the expedition participants. Our chef Dmitry Shvets prepared expedition-style haute cuisine dishes from local delicacies and seafood. Dmitry has 15 years of professional experience, he worked as a sous-chef and chef in restaurants in Moscow and Karelia. He has a good understanding of expeditionary cuisine and is able to create gourmet dishes in the field: he worked at the "Barneo" camp at the North Pole and cooked on the Kola Peninsula for several years.

Breakfasts and dinners were served in a large tent in the glamping area. During outings, mobile tents and camping furniture were set up for meals, and ceramic dishes and reusable utensils were used. The chef prepared meals on site. 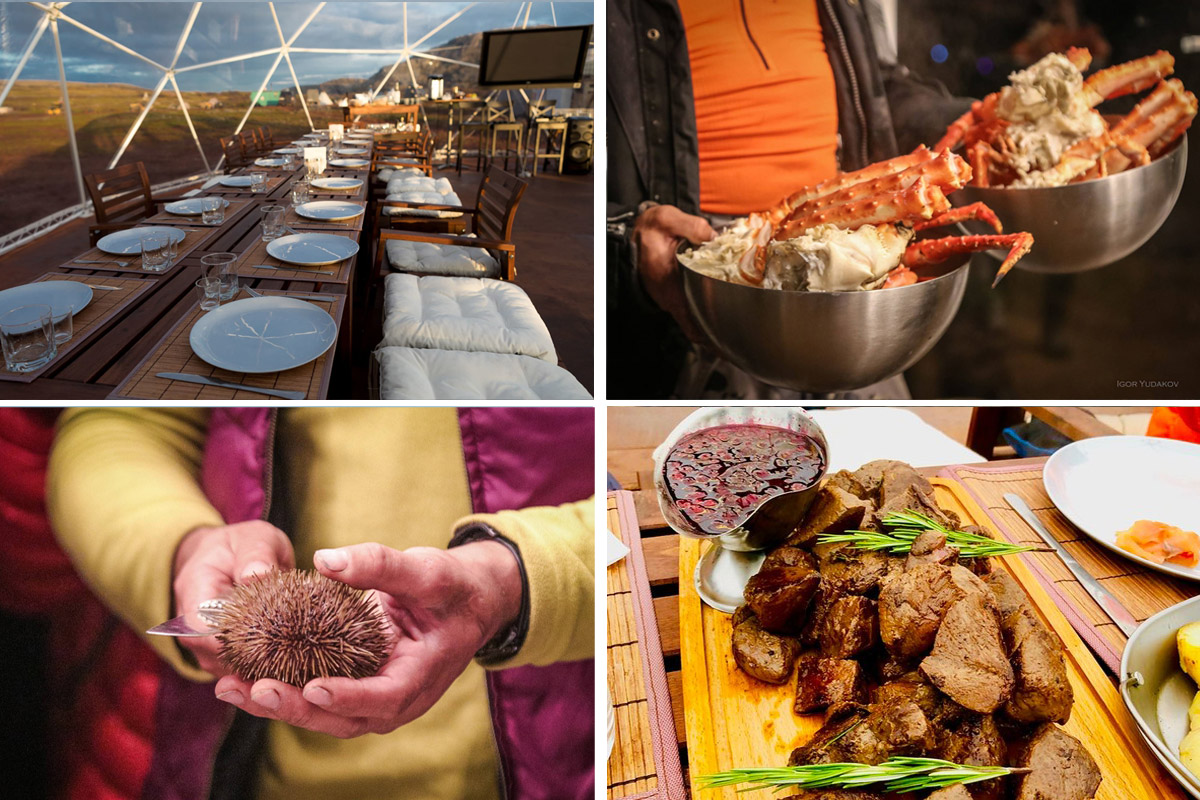 Photos by (from the left to the right): Dmitry Kupratsevich, Igor Yudakov (*3)

Two races were organized for the test-drive of Volvo Cars: one with bloggers, and one with journalists. Each run lasted for 3 days.

On the first day of the program, after arriving in Murmansk, the participants visited the Valley of Glory. Here, during World War II, fierce battles were fought for the Kola Peninsula. After a lunch in the countryside, bloggers and journalists tested the Volvo XC90 SUV off-road.

On the second day, participants continued to test the car on unpaved roads with low passability. Afterwards, lunch was organized for them on the shore of the Barents Sea. After that they transferred onto ATVs and went to explore the Sredny Peninsula: they marveled at the Akka and Ucca seitas, visited the picturesque coast of red rocks. We reached the WWII coastal artillery battery, where four "towers" with guns and underground casemates can be seen.

On the final day, after breakfast in the glamping site, the participants set off for Murmansk, from where they took an evening flight to Moscow.

Interaction with journalists and bloggers, as well as the creative concept of the program was implemented by the CBAgency communications agency. 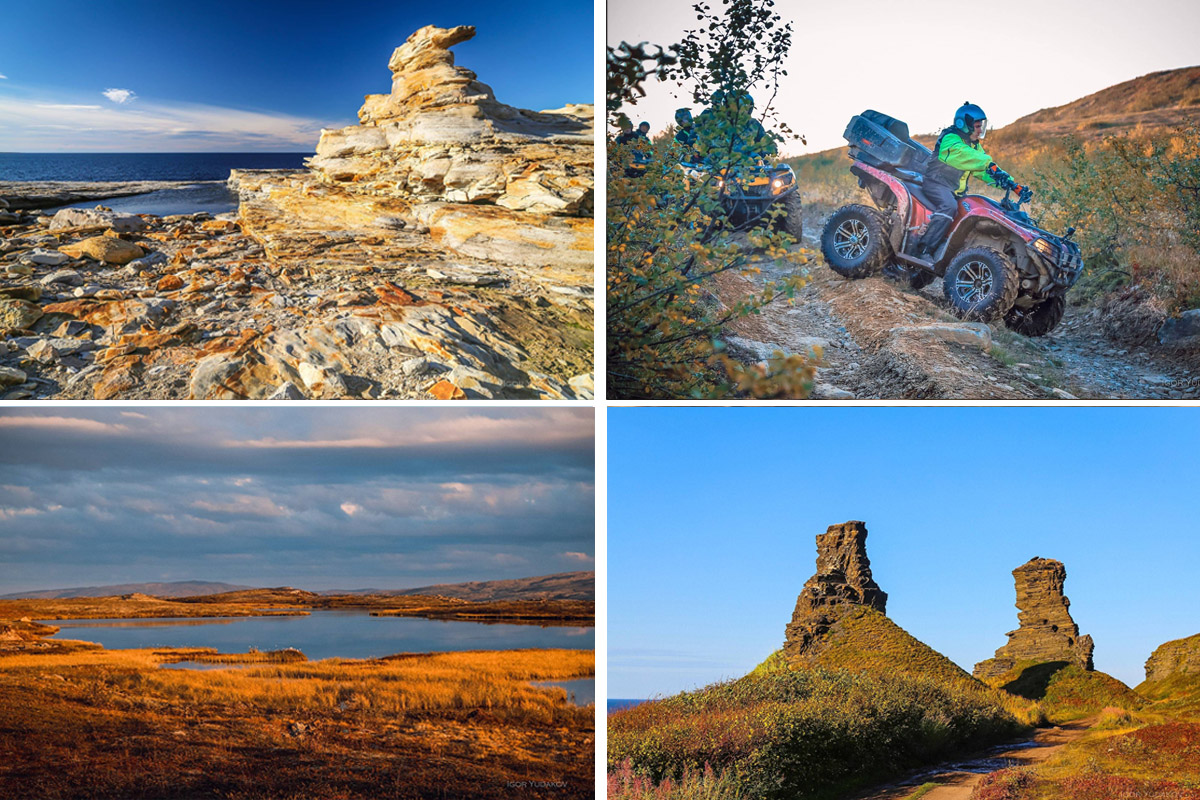 "We developed a separate program, which differs from the standard tour from our lineup: we worked out an individual route for the test drive, organized a catering outing, made up a menu of dishes of northern cuisine. Kola Peninsula is perfectly suitable for such events for car brands: different cross-country areas, the nature of the Polar Region, an opportunity to take beautiful pictures. The work was done in close partnership with the CBAgency communications agency".

If you would like to have a test-drive, an unusual meeting with partners, corporate event or team building, discover our corporate recreation options. Call us at +7 (495) 104-64-36 or email at hello@russiadiscovery.ru

Prev
The unique places for birdwatching in Russia
Next
Cape Dezhnev on the Chukotka Peninsula: how to reach it?
View all articles (40)
Sending the letter
Callback
Get inspired to travel