The unique places for birdwatching in Russia

There is a great demand for ecotourism all over the world every year and observation of wild animals and birds in their natural habitat is one of its popular activities. Fortunately, there are excellent places in our country where nature is still untouched and you can find lots of rare animals and birds included in the Red Data List. We have already written where you can meet whales in Russia. Now we want to tell you where to go for birdwatching, what will be interesting about this trip and what you should take with you! 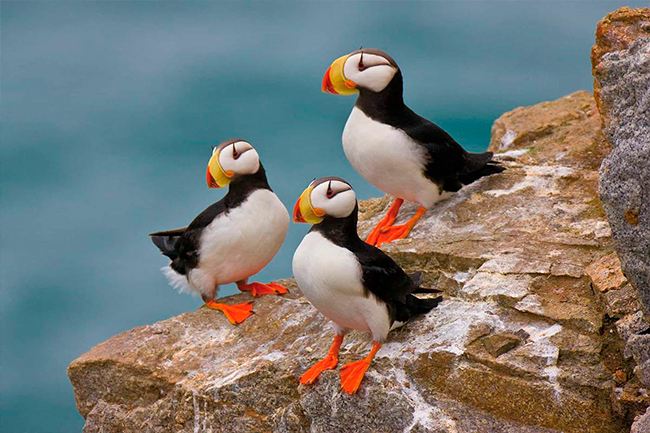 Birdwatching (from the English words "bird" and "watch") is not a new term. Mankind has been interested in bird watching for thousands of years. In Soviet times, this type of hobby was known as "amateur ornithology". In the West, it is also called "birding", although all these concepts imply the same activity.

It might seem, that birdwatching is quite a simple thing: you should only take binoculars, go to the forest and observe. However, amateur birdwatching also means filling out a field diary. These data helps scientists and ornithologists to study birds. Moreover, several discoveries have been made thanks to ordinary birdwatchers in recent years. 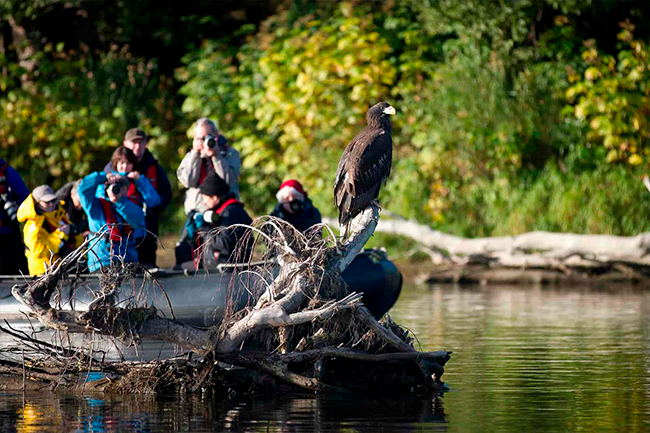 But isn't it boring to watch the birds? Not at all! Nowadays birdwatching is compared to yoga and meditation practice. In addition to the fact that bird watching involves lots of walking and outdoor activities, it also teaches to be observant and well-concentrated. In other words, it trains the same skills and abilities as popular Eastern practices.

There are also competitions among birdwatchers to find out who will see the largest number of birds. John Hornbulk from Great Britain (died in 2018) was particularly successful in this activity: during his life he managed to see 9600 species of birds out of 10500 existing ones. "Birds and people" and "The Big Year" are the most popular competitions among amateur birdwatchers in Russia. The Russian Society for the Protection of Birds has organized the "The Big Year" competition being inspired by the same name movie about birdwatchers, which was released in 2011.

What do you need for birdwatching?

You do not need special trainings or expensive ornithological equipment to start birdwatching. The following will be enough:

Birdwatching is possible all year round. However, the main season starts in May, when the birds return to their habitats from wintering grounds and begin to nest. The summer months are also suitable for observation. If you plan a journey in the warm season, you should take close-toe shoes and clothes made of quick-drying fabric with you (to protect yourself from mites and precipitations). Travelling to a swampy area, don’t forget to wear rubber boots. And we advise you to choose clothes of light and natural shades instead of bright colors.

Is it possible to take photos during birdwatching? Easily! For this purpose, not only DSLR cameras with long-focus lenses, but also ordinary smartphones are suitable. You can take pictures using special options like binoculars or digiscoping. Well, do not forget to send the resulting photos to the "Digiscoper of the year" international competition. 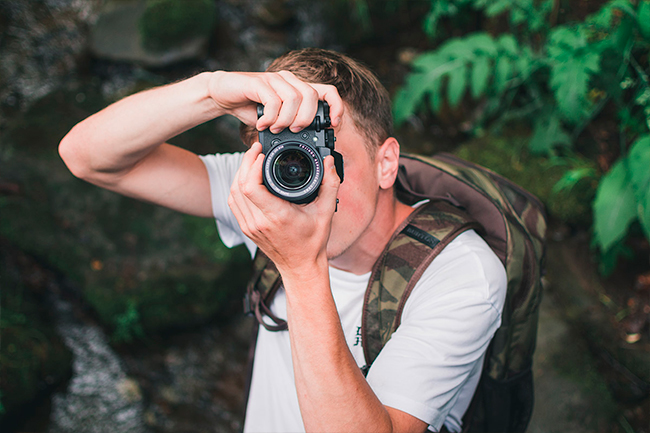 So, we have figured out what birdwatching involves and how to prepare for it. Now it's time to determine the best places for birdwatching. Below we tell you about three most unusual travel destinations that any birdwatcher will envy! Why? One of the reasons is that during our cruises on a special expedition vessel you will be accompanied by scientists. This means that you can not only see and take beautiful pictures of animals and birds, but also learn a lot of new interesting things about the local fauna.

Birdwatching on Wrangel island and the Chukotka Peninsula

The most amazing place for wildlife observation is located on the Chukotka Peninsula. Thousands of years ago, the Beringia isthmus has passed here, connecting Eurasia and America into a single supercontinent. It was used as a migration route by people, animals and birds. As a result, Beringia has become a huge speciation area.

Nowadays "Beringia", the most northeastern national park of Russia, occupies this territory. Another unique nature reserve protected by UNESCO is located on Wrangel Island, where the Chukchi Sea meets the East Siberian Sea. During the cruise "Top of the world" we offer you to visit these amazing lands. 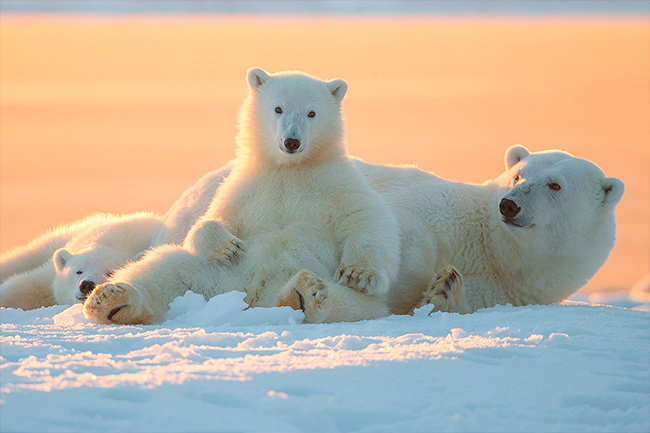 What will we see during the journey and what animals will we be able to observe? 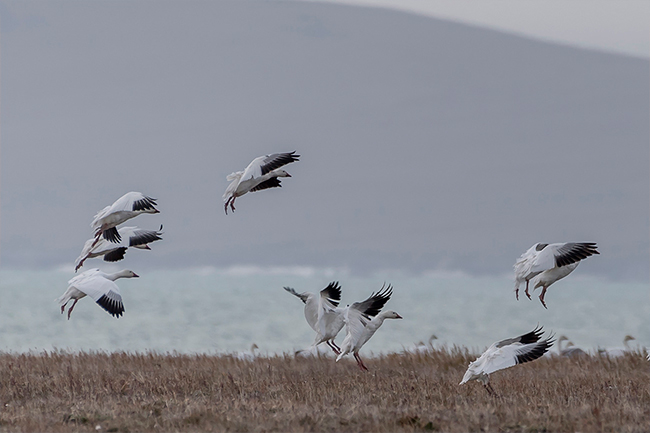 In addition to the observation program, we will visit Anadyr and Cape Dezhnev — the easternmost point of Eurasia. In the village of Lavrentia we will get acquainted with the traditional way of life of the Chukchi and Eskimos. We will also go to the Islands in the Bering Sea with difficult to pronounce names, where we will walk along the famous "Whale Bone Alley" — an ancient monument created by the Eskimos from the bones of whales. So, a journey to Chukotka will become not only ecological, but also a ethnographic tour!

Wildlife observation on the Kamchatka Peninsula and the Kuril Islands

The Pacific coast of the Far East of Russia is famous for its birds colonies and populations of wild animals no less than Chukotka. The only Marine reserve in the country is located here, and the Commander Islands with their unique fauna are included in the Tentative List of UNESCO World Heritage sites. We offer to explore the Far East from the coast of Kamchatka and the Commander Islands in the Bering Sea to the Kuril Islands and Sakhalin during our Pacific cruise "Russia's Ring of Fire". 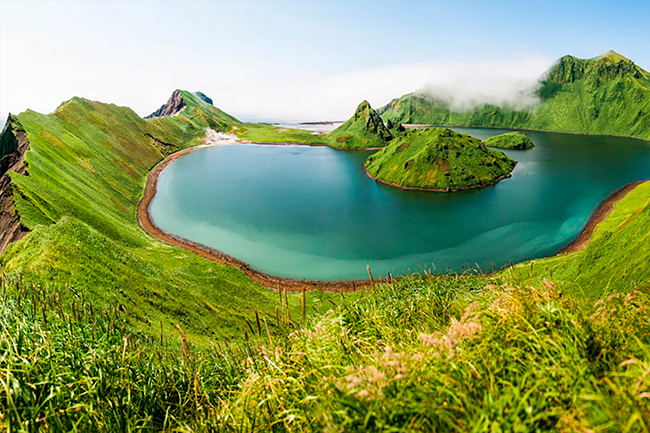 The Kuril Islands and the Commander Islands deemed to be one of the best places in Russia for birdwatching. It is the only home to the surviving Spectacled cormorants, and the local bird colonies are considered to be the largest on the planet. More than that, different kinds of cetaceans inhabit the waters of the Pacific Ocean! Therefore, a cruise along the Pacific coast of Russia will be interesting not only for birdwatchers, but also for those who want to see the largest mammal in the world! 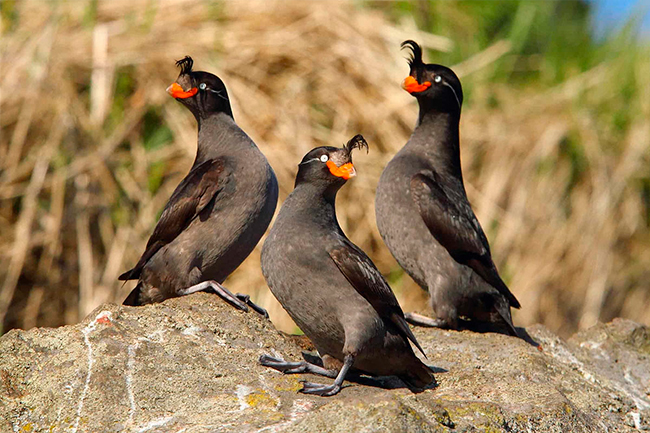 Encounters with which animals, birds and marine mammals are waiting for us during the trip? 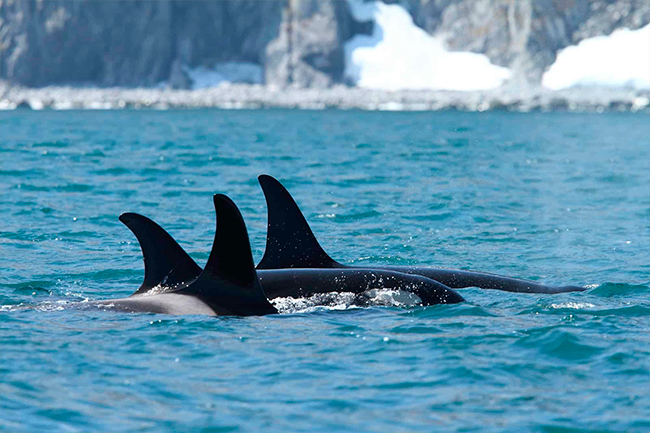 Our journey will start in Petropavlovsk-Kamchatsky on an expedition ship with experienced guides and scientists. The short boat trips will be carried out by inflatable Zodiac boats. The city of Yuzhno-Sakhalinsk will be a final point of the cruise. And, of course, choosing a tour to the Far East of Russia get ready to taste the most famous local delicacies: crabs, caviar and sea scallops!

Birdwatching in the Arctic

The Russian Arctic seems to be a cold and lifeless Northern region, inhabited only by polar bears, seals and walruses. In fact, you will be surprised to find out how many rare animals and birds live at Franz Josef Land as well as at Novaya Zemlya and Severnaya Zemlya archipelagos. Another cruise from RussiaDiscovery "Jewels of the Russian Arctic" will prove it. 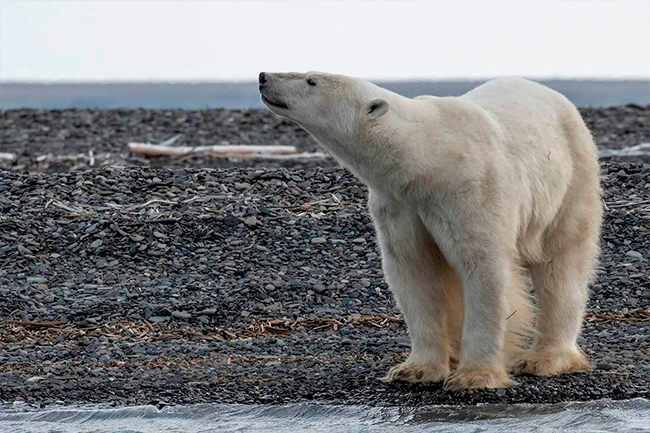 Our expedition to the Arctic starts in Murmansk — it is a great option for those who want to see the ocean expanses, but are not ready to fly to the Far East. For  two weeks we will sail through the Barents and Kara seas and land on the islands of Novaya Zemlya and Franz Josef Land. If desired, the cruise program can include a visit to Severnaya Zemlya archipelago.

The Arctic has always been a hard-to-reach place for tourists. And not only because of the distance from the mainland and the lack of regular transport links, but also because of the need to get special permits, which, by the way, are already included in our cruise. At the same time the inaccessibility of the region for most travelers allows you to see really pristine and wild fauna here: 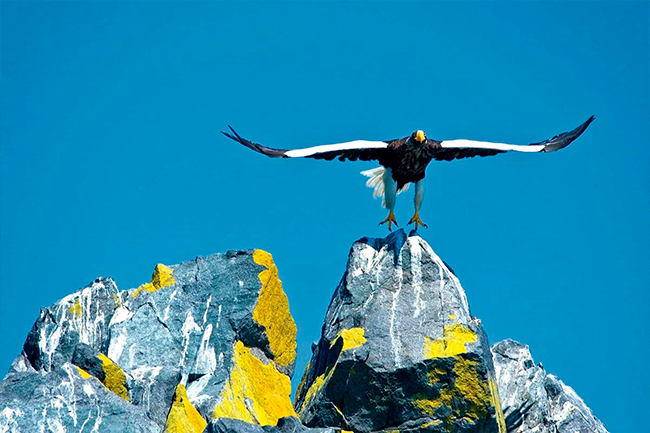 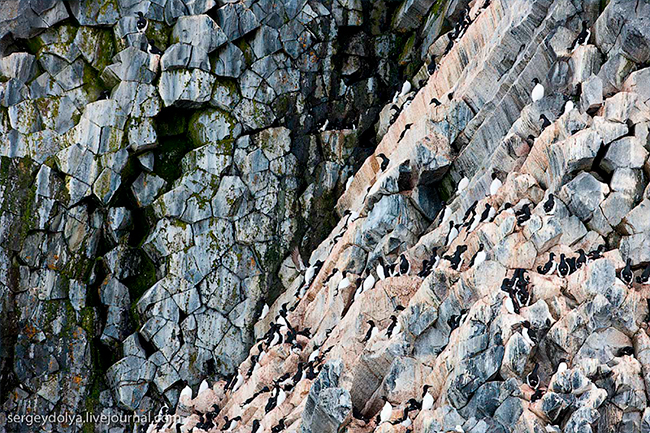 During the cruise, we will also land on the main islands of the mentioned archipelagos, visit the wintering grounds of Fridtjof Nansen and Hjalmar Johansen, and take a walk on the glaciers. The scientists who will accompany the expedition will tell you about the history of Arctic exploration and life of local inhabitants. During the cruise you will have sea excursions by Zodiac boats among the Arctic ice for wildlife watching.

Do you want to know the other places for wildlife watching? Look through our collection of journeys. We will be glad to tell you further details and answer all your questions, just call +7 (495) 800-8-800 or email us at hello@russiadiscovery.ru