Cape Dezhnev on the Chukotka Peninsula: how to reach it?

Going to the ends of the world is a dream that sooner or later comes to everyone. Stand on the edge of a continent, see the vast expanses of seas and oceans and greet  people in another part of the Clobe. Well, there are two such places in Russia: Cape Chelyuskin on the Taimyr Peninsula and Cape Dezhnev on Chukotka. From this article you will find out, how to get to the Easternmost point of Eurasia, how you can change the date on the calendar several times a day, to meet whales, walruses and seals, visit the most remote villages of Chukchi and Eskimos and see Alaska!

Cape Dezhnev is the easternmost point of the whole Eurasia, located on a remote and hard-to-reach part of the Chukotka Peninsula. Its geographical coordinates are 66°4′45″N 169°39′7″W. The Cape itself is a 740 meters height plateau, where an old lighthouse with a bronze bust of the pioneer Semyon Dezhnev is located. In good weather, see the coast of America can be seen from here, because the distance from Cape Dezhnev to Alaska is only 82 km and to Cape Prince of Wales, the westernmost point of America, is 86 km. 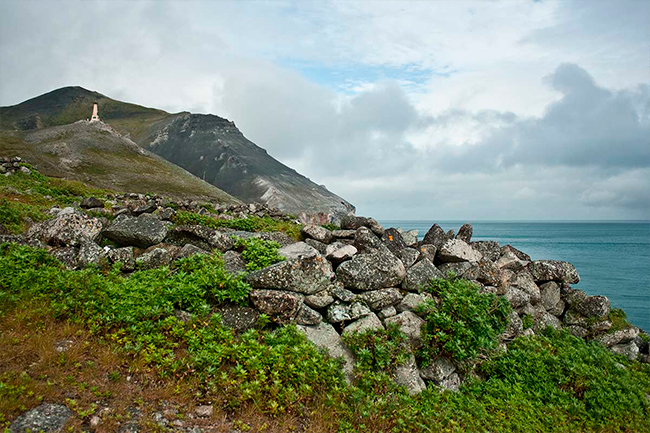 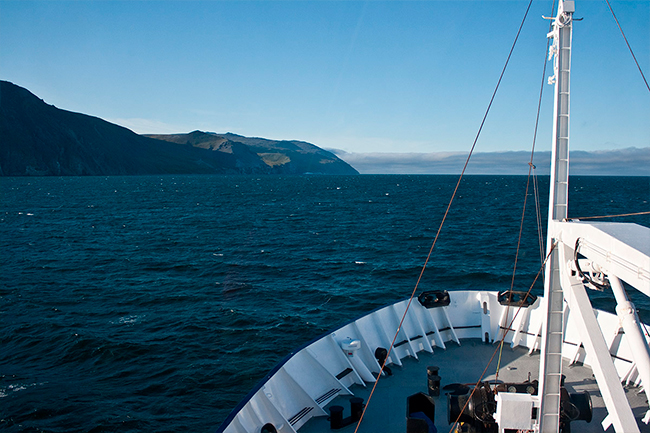 Boats to the Cape also depart from the village of Lavrentia, where you have to fly from Anadyr by local airlines. Alternatively, you can drive all-terrain vehicles or fly by helicopter from Lavrentia to Uelen which is the nearest village to the Cape, and further take a walk for 10 km to the point. In other words, our recommendation is to choose a trip to Cape Dezhnev with well-thought-out and pre-organized logistics in order not to get stuck and spend time waiting for transport. 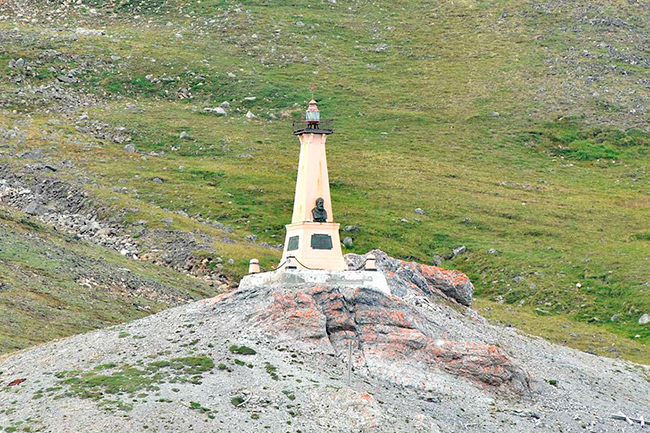 NB! We advise you not to purchase return tickets from Anadyr to Moscow in advance, when planning a trip to Cape Dezhnev. It is better to book seats for the next flight or to take refundable tickets. The weather in Chukotka is extremely unpredictable. So, when you get to the settlements on the Eastern coast of the peninsula, you can get stuck there for a couple of days. That’s why all our tours to Cape Dezhnev include additional days in case of bad weather.

The Easternmost point of Eurasia, as well as the Strait between the two continents, was discovered by Semyon Dezhnev in 1648. However, the Strait was named after another sea explorer — Vitus Bering, and the cape itself was known as "Vostochny" for many years. How did this happen, and why did the cape return the name of its discoverer? 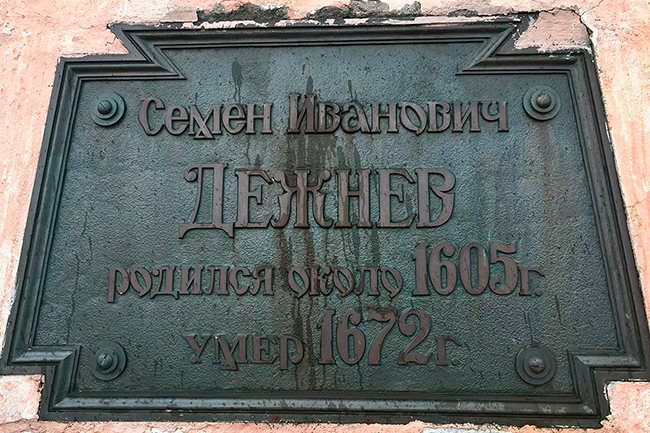 Semyon Dezhnev was 17 years old when he started sailing on merchant ships along the Northern Sea Route to Mangazeya, the first Russian trade colony beyond the Arctic Circle. In 1635, at the age of 30, he went to Siberia. He served as a common Cossack in Tobolsk, Yeniseisk and Yakutsk, explored the Northern regions of the country and collected yasak (a fur tribute) from local tribes. He was the first to open Kolyma and founded two fortifications, which are now known as Srednekolymsk and Nizhnekolymsk cities. After crossing the Bering Strait, he founded a settlement on the site of modern Anadyr city.

In 1648, during the Chukotka expedition, the Pomor (distinctive ethnographic and ethno-religious population on the White Sea and northern rivers) wooden sailboats called "Koch" leaded by Dezhnev, left Kolyma for the Arctic Ocean. They have rounded the coast and saw a rocky cape, which they called "The Big stone Nose". From seven koches that took part in the expedition, only three vessels have managed to overcame the cape. However, during this most difficult voyage, Dezhnev's team made an important geographical discovery. Something, which European navigators had been seeking for several centuries — the Strait between Asia and America does exist, which proves that a sail from Europe to Asia along the Northern Sea Route is possible!

But why was the Strait named after Vitus Bering, who has discovered it only some 80 years after Dezhnev? Unfortunately, records of the discoveries made by Semyon Dezhnev got lost in the Yakut prison. Therefore, enlightened Europe and Russia knew nothing about the strait until the Kamchatka expedition headed by Vitus Bering took place in 1728-1729. Moreover, the cape was discovered even twice. In 1778, the English Navigator James Cook sailed there and mapped the Easternmost point of Eurasia, calling it "Cape Eastern". This name remained for 120 years, until the Russian Geographical Society has officially renamed it into "Cape Dezhnev" in 1898. 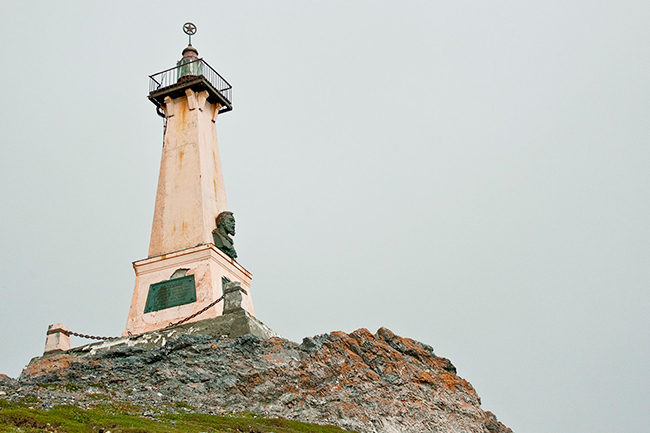 Almost all tours and cruises to Chukotka with RussiaDiscovery include a visit to Cape Dezhnev. The Easternmost point of the continent is also worth visiting because of the Uelen village near the cape, which is the Easternmost settlement of the continent. More than that, this village of Eskimos and Chukchi is considered to be the oldest settlement on the entire peninsula. The approximate age of Uelen is 2000 years!

What else interesting is waiting for you during the "Journey to Cape Dezhnev"? 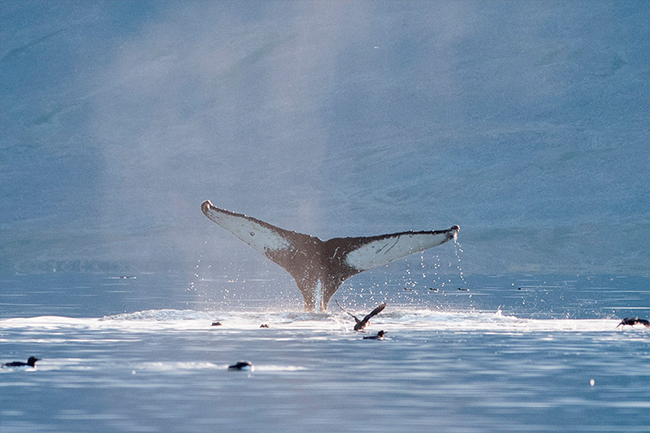 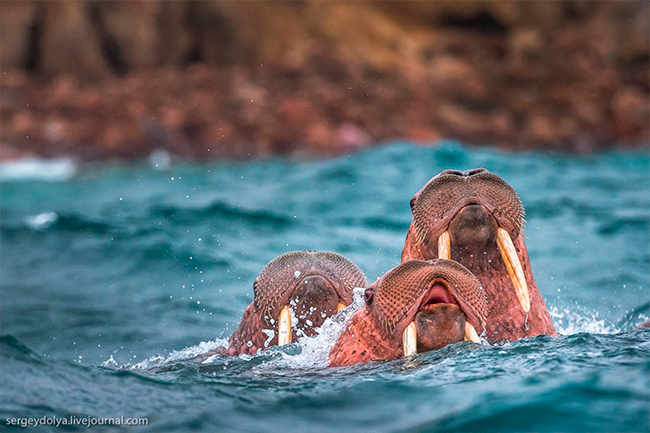 For those who want to go to Chukotka with comfort, we offer the cruise "Expedition to Wrangel Island". This 15-day journey will take place on the ice-class vessel "Spirit of Enderby". During the trip, you will not have to change your accommodation or transport from one to another. 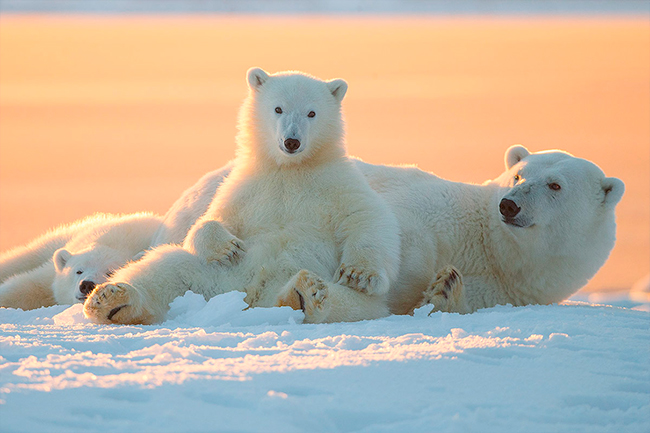 In addition, during this expedition, we will visit the Wrangel Island Nature Reserve, protected by UNESCO, and will also be able to cross the date line that runs between the Diomede Islands. They are also jokingly called "Tomorrow" and "Yesterday" islands. So, what could be better than visiting the edge of the world, and making a trip to the calendar future and past just in one expedition?

Do you want to get to the most remote points of Russia? Look through our collection of cruises. We will be glad to tell you further details and answer all your questions, just call +7 (495) 800-8-800 or email us at hello@russiadiscovery.ru