Our goal is to open beautiful, but difficult to reach places in Russia to international tourists. For this reason we invited our partners from Germany, France, Italy and Latvia and showed them the true beauty of one of such places — Putorana Plateau. Our travel expert, Aleksandra Kormiltseva, shares her impressions from the info tour that took place in July, 2019. Read her fascinating story about 9 discoveries of the Putorana Plateau. 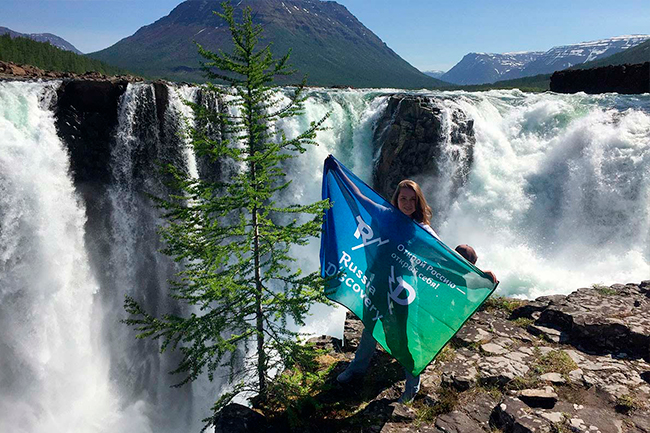 1. How to Reach Another Planet

The Putorana Plateau is located in the south of the Taimyr Peninsula. The locals dub it “another planet”. You will only understand the harsh truth of the colloquial name once you plan to set foot there, as there are only three ways to get to the plateau: 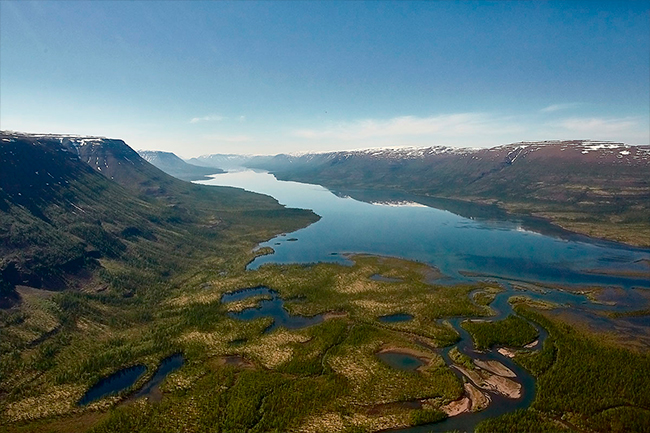 Norilsk is strikingly reminiscent of Chernobyl from HBO’s recent hit show, a gloomy city shadowed by huge towers and clouds of smoke. But trust me, you will change your mind once you learn how and why the place was built. Here’s a huge integrated production site, from ore extraction to ready-for-use metal production. Imagine a factory like that being constructed in a region of nine-month winter with temperatures going down to -60°C (-76 °F). The Norilsk mining-metallurgic complex was constructed with the help of workers of Norillag — a gulag labor camp. 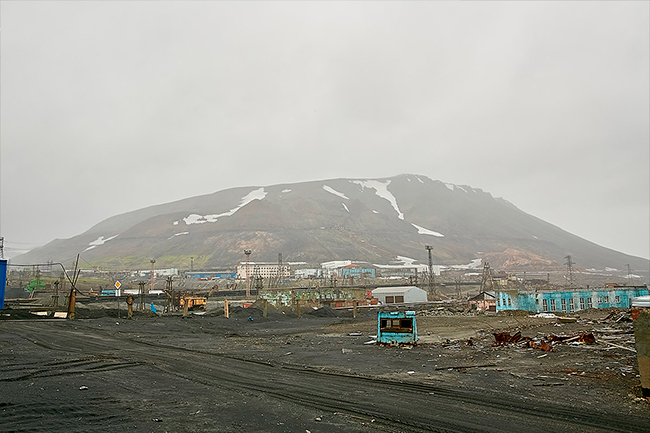 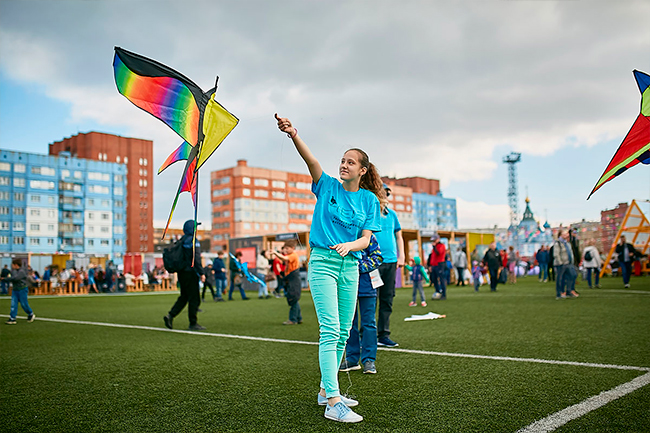 The city lacks ground connection to the rest of the country, which has greatly affected the local mentality. Norilans are one huge family. A close-knit community, they help and support each other, for that’s how you survive in the Arctic Circle. These people’s love and pride of their city is palpable. And contagious. 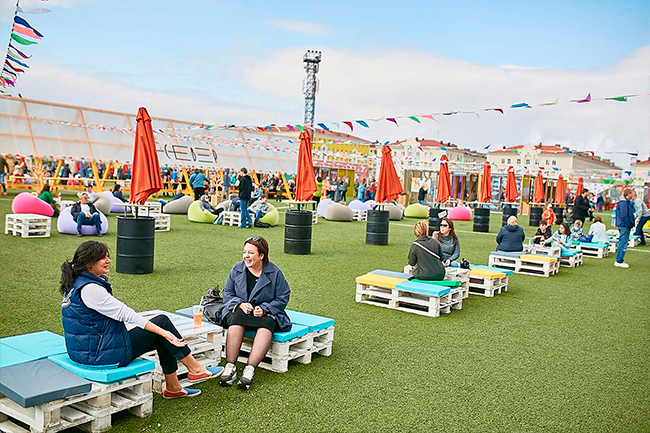 3. Taimyr’s Indigenous People and How They Live

Another stop on our trip is the town of Dudinka. The place is a melting pot of various ethnicities indigenous to Taimyr. There are five of them: the Nenets, the Enets, the Nganasans, the Dolgans, and the Evenks. 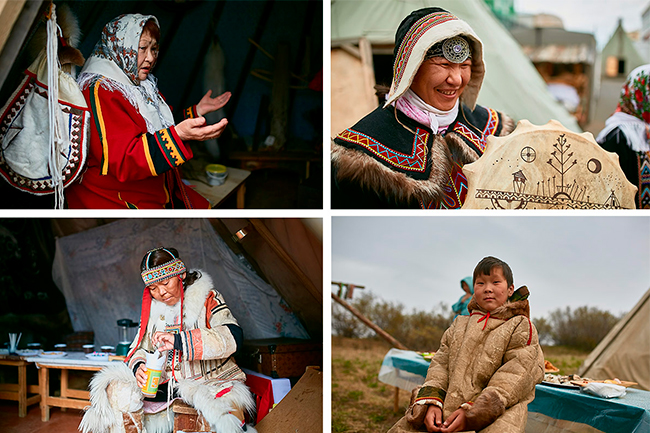 In the 70s and the 80s, the region suffered from a major tragedy: an outbreak forced the authorities to slaughter the deer on a large scale. Four indigenous people lost what was the basis of their economy and were forced the settle in villages and towns. This damaged their culture and heritage beyond repair. 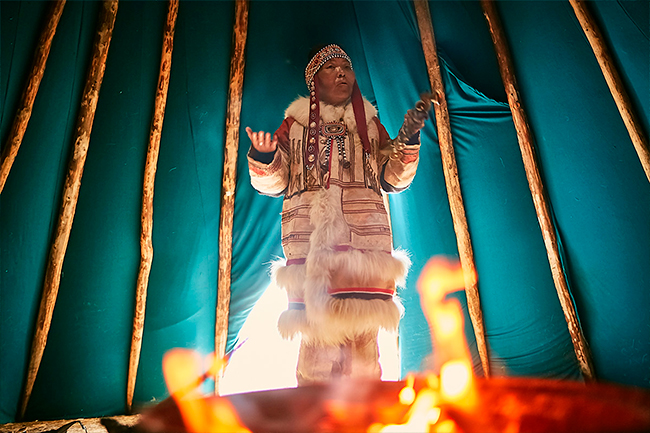 Only the Nenets managed to preserve their traditional lifestyle. They still live in the tundra and herd reindeer. Once a child turns seven, he or she leaves for a boarding school. Many stay in the city, but most of the graduates go back to their families in the tundra. 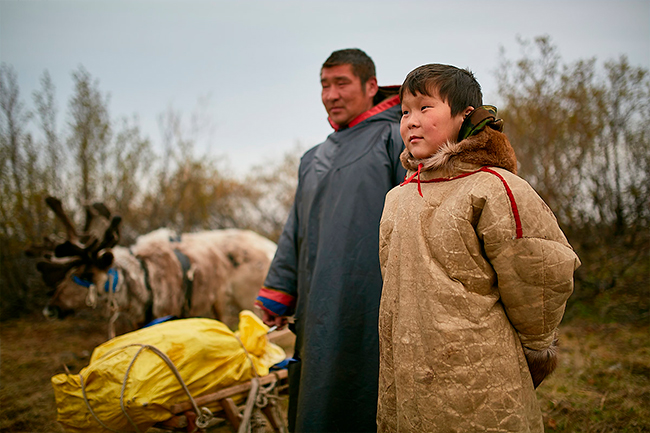 We have met people of different ethnicities while in Dudinka. Each has its own language, costumes, and hide tent interiors. Taimyr’s aboriginals told us about their life, their tundra childhood, the traditions they were struggling to preserve in a “big” city. It’s, of course, hard for the youth to inherit the customs, but many still do their best to learn their ethnic language to speak it. 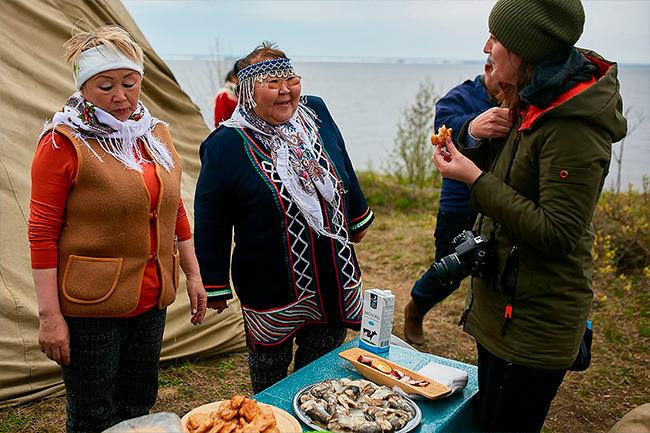 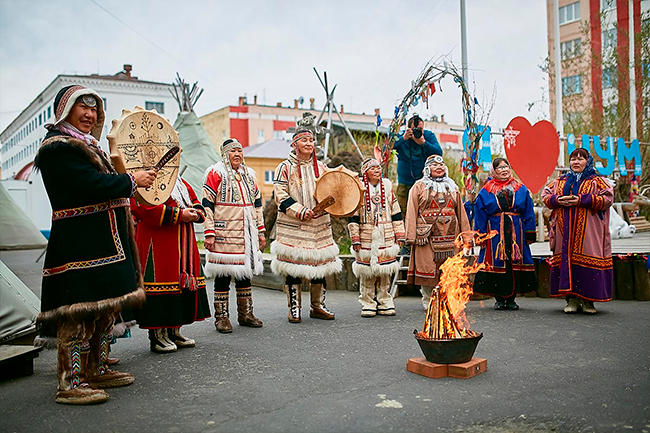 4. A Slideshow of Sights

After two days in Norilsk and Dudinka, we departed for the Putorana Plateau. We took a hovercraft from Norilsk. Now just think of it: a gloomy city with grayish inhospitable tundra around SUDDENLY switches to a totally different picture, as if the mountains just grew out of the ground. It takes a few moments to realize this is the Putorana Plateau, a magnificent natural sight you have been dreaming of while watching the pics on the Internet. 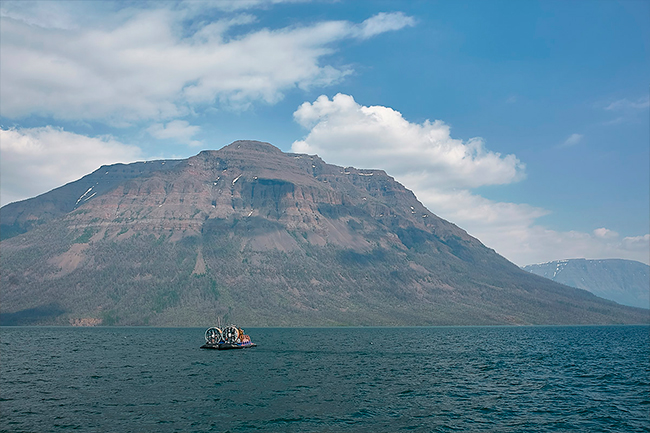 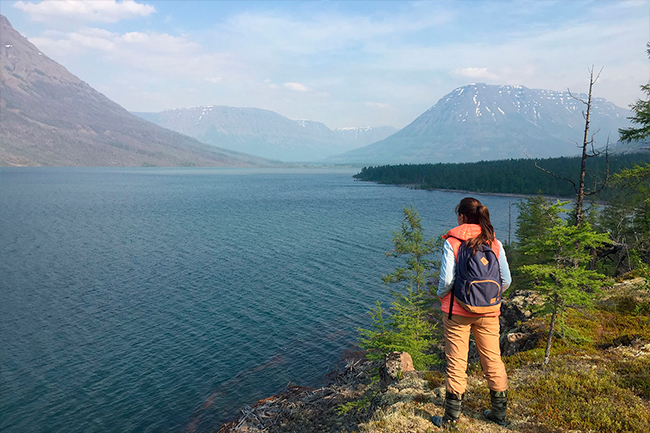 The Plateau covers a whopping 250 thous. sq. km. That’s several times larger than the Grand Canyon, and is about the size of the United Kingdom. The feeling of watching the map and realizing you only see a tiny portion of it around you is overwhelming. 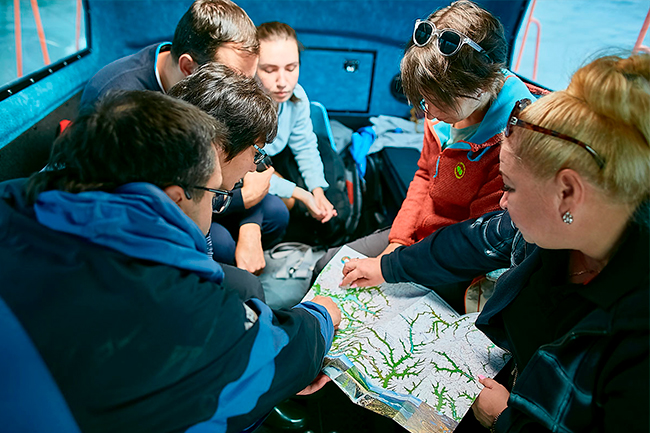 5. The Benefits of Polar Day

We were there during the polar days, a time when sunset is not a thing. The plateau has 68 white nights a year. Trust me, you’re not going to sleep; instead, you will have a fruitful journey full of walking, sightseeing, and talking.

Polar nights are fewer though, just 45. A polar night is when there’s no sunrise, none at all. So it’s clear you’d better come here in summer. 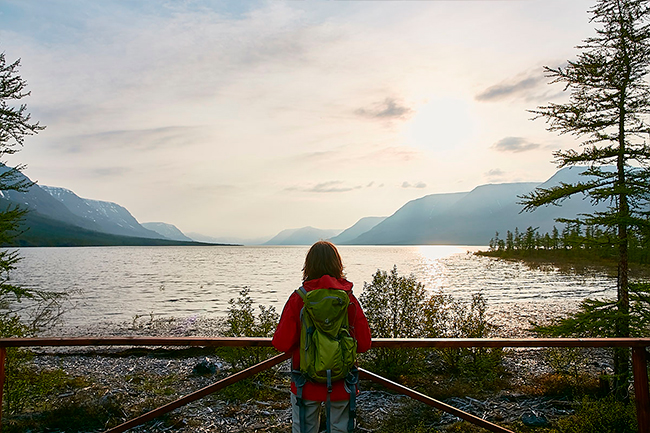 En route we tasted the delicious sagudai, specially processed raw fish with onions. The recipes for this dish are innumerable, and every day, we tried something new. 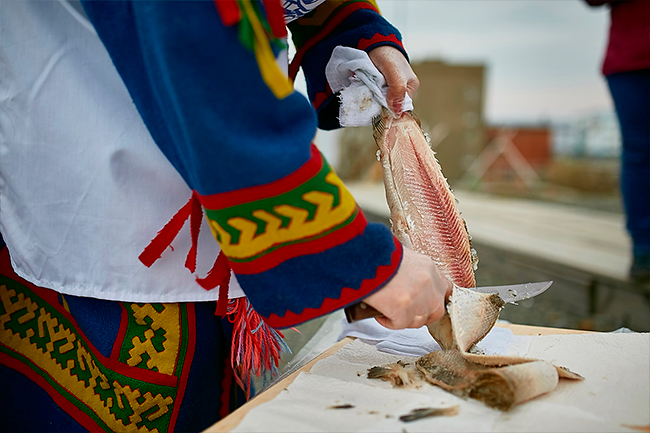 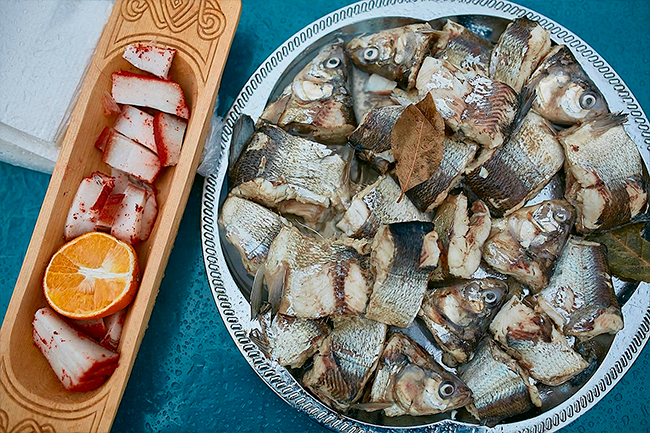 Putorana is a land of thousand lakes and waterfalls. Count all this water together, and you get the Earth’s second-largest freshwater reservoir; only Lake Baikal is larger.

The local water bodies are home to countless fish, mainly the Arctic char. The local geographers claim the plateau alone is home to multiple char endemics. The lakes here are fully isolated from each other, hence the endemic species.

The plateau is not a popular walking tour. The locals mainly go here for a short weekend vacation at a base camp; few dare climb the mountains.

Still, once on the plateau, try to go up there or follow one of the thousand rivers; it may well be the case you will find yourself somewhere no-one has ever been to before. Isn’t it just great to discover a waterfall and name it after yourself? A homemade explorer is an easy title for Plutorana travelers. 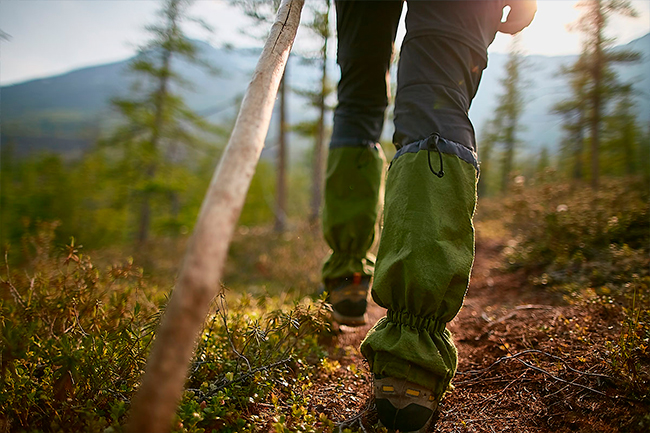 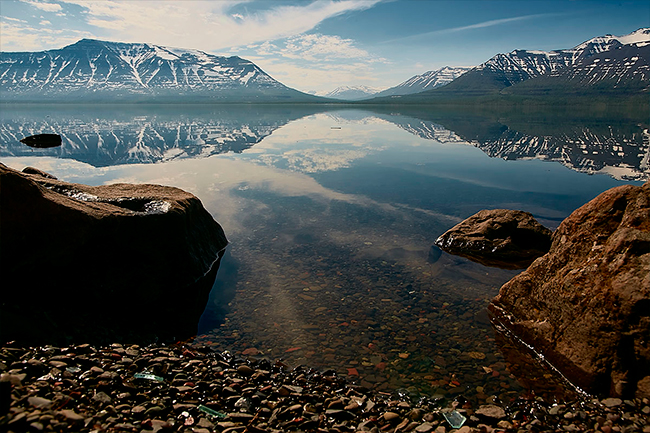 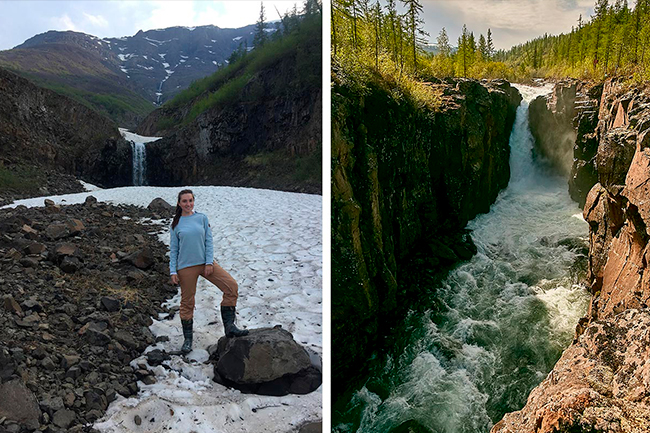 8. Why a Helicopter Tour Is Worth It

Before leaving the place, we took a helicopter tour over the plateau. It’s only the bird’s eye view that makes clear the sheer scale of the place. It’s one thing to read the Plateau is the size of the UK. It’s a totally different thing to witness the endless range of mountains and canyons, one that will raise your heartbeat with excitement. The very thought there’s not a single soul for thousands kilometers boggles the mind. Only the clanging beauty of the white-topped mountains and the endless shimmer of waterfalls.

Another thought strikes in: “This place MUST be preserved.” It’s not a coincidence the place is a natural reserve, and the rules limit the number of tourists coming in. 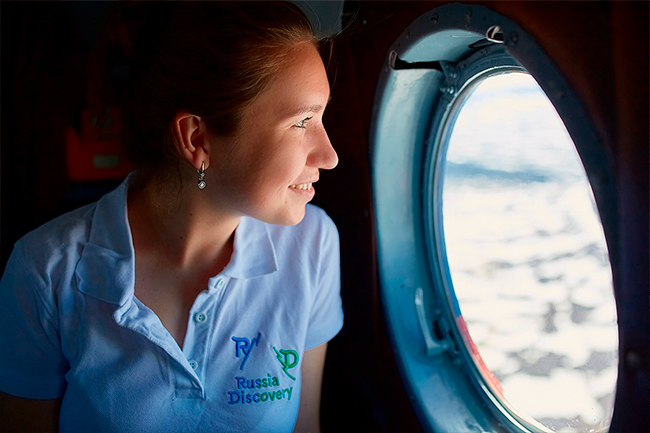 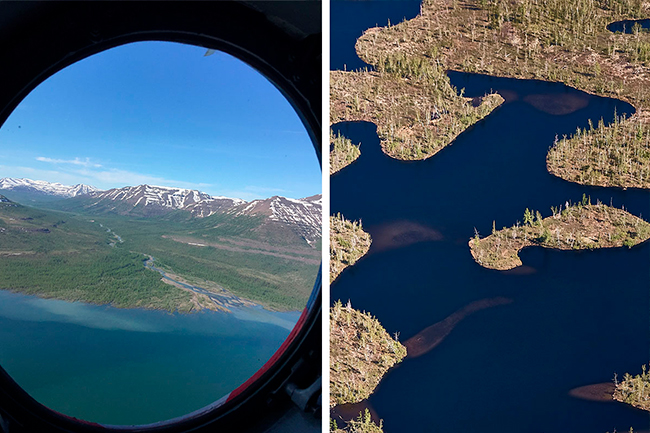 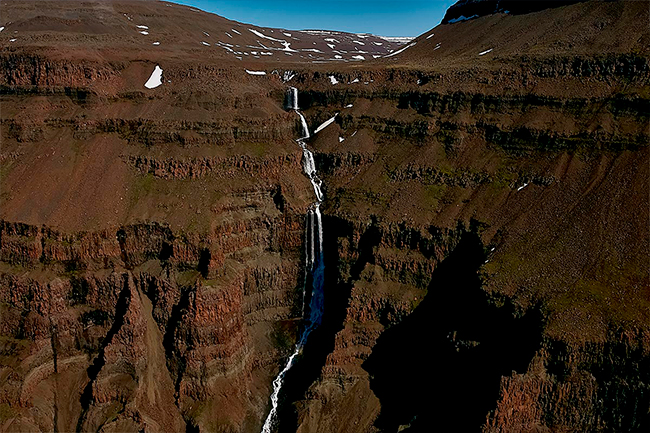 The helicopter made two landings, one at the Bunisyak River, and one more at the Irkindian Waterfall, one of the plateau’s selling points. Never doubt whether a helicopter tour is worth it. The bird’s eye view is the strongest impression money can buy. 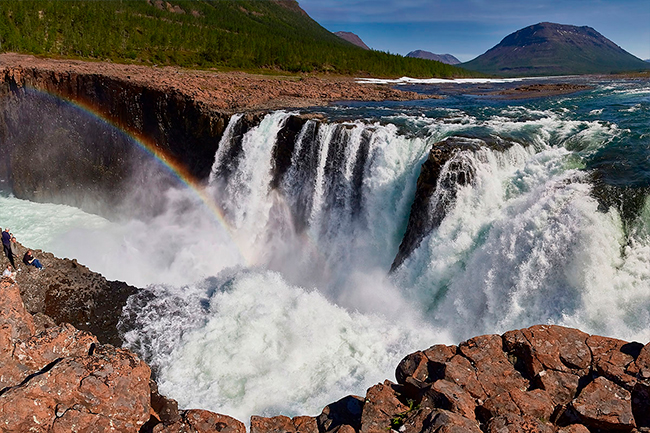 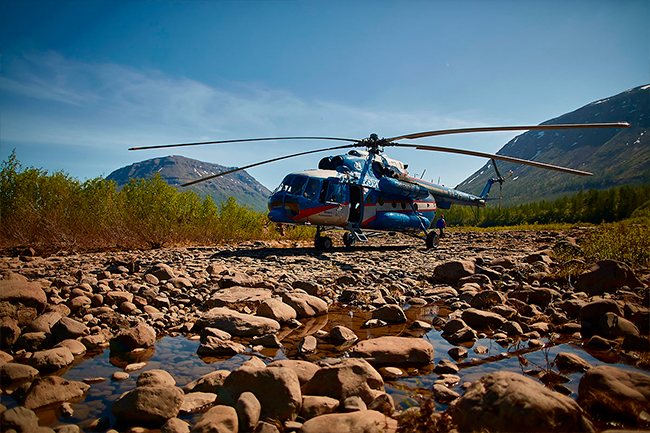 9. Comfortable Life in the Wild

During the tour, we stayed at base camp Zhar-Ptitsa on the shores of Lake Lama. This is the most comfortable accommodation Putorana can offer. For guests, the place has a two-storey wooden house and two smaller houses. It’s Zhar-Ptitsa that hosts our tourists as part of the Mountains without Peaks. 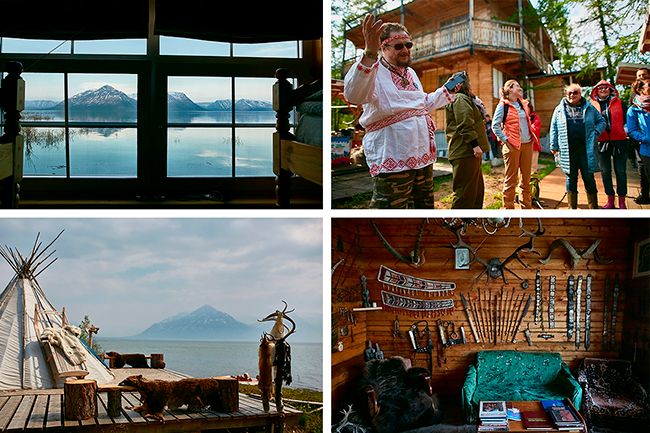 We went there in late June. This is the local spring: temperature here at this period of time is +15-18°C, or about 60°F. There’s no mosquitoes yet, so walk and enjoy the views freely without the disturbing insects.

You can follow the same route we had and make the same discoveries if you opt in for the Mountains without Peaks. For details, Q&A, and more inspiration, call +7 (495) 800-8-800 or email us at go@russiadiscovery.ru

Prev
The ancient peoples of Russia under the polar circle — the Sami
Next
5 wild regions of Russia, where none of your friends have been
View all articles (40)
Sending the letter
Callback
Get inspired to travel