5 wild regions of Russia, where none of your friends have been

A trip to famous resorts, even very expensive ones, will surprise no one. After all, you can always jump on a plane and go there. However few people can say that they have visited a real ghost town, have been beyond the Arctic Circle or have seen whales live. More than that, many simply do not even know about such opportunities. At the same time, such trips guarantee a lifetime experience of a real adventure. 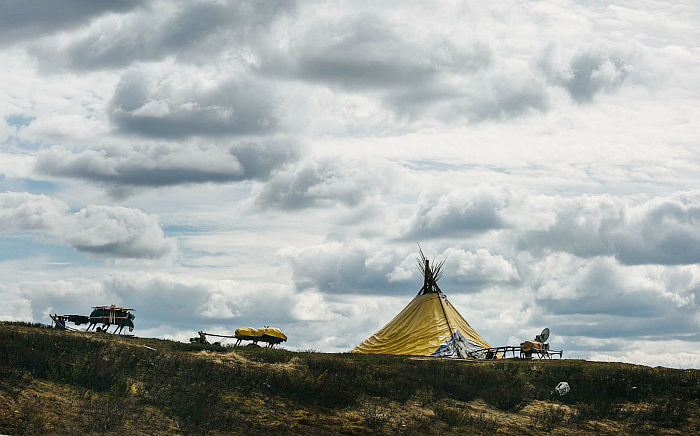 Catching the northern lights, staying at a national dwelling of the nomadic Nenets, riding a reindeer sleigh, strolling through a real ghost town, and even seeing a polar bear — all these can be realized in the Nenets Autonomous Okrug. It seems to be remote place, yet you can get there from Moscow in just 2.5 hours by plane. 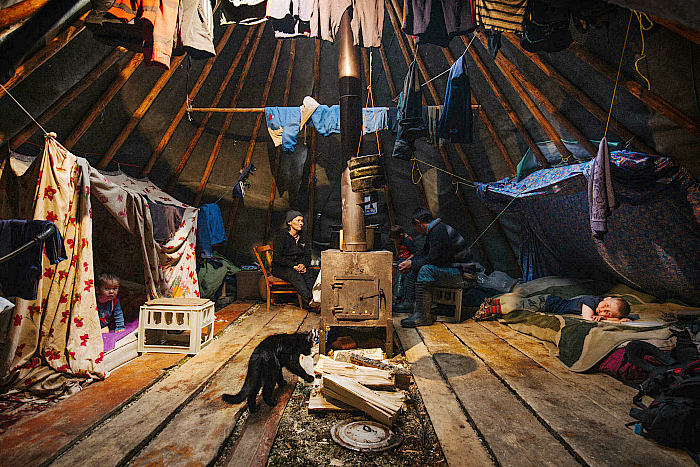 The Nenets Autonomous Okrug is a perfect place for those who would like to try on the role of a polar explorer, but are not ready to immediately go to the Arctic on dog sleds.

The famous ghost town of Amderma was founded in 1933. After the collapse of the USSR, most of the citizens had left Amderma. Today, about 400 people live there, and you can sometimes see polar bears roaming on the streets. You can get to the town by helicopter or snowmobile, which itself becomes an adventure.

Another highlight of the Nenets Autonomous Okrug is an exotic culture and food of the Nenets: the cuisine is famous for its dishes of wild fowl, venison and fish — what the North is rich and famous for. 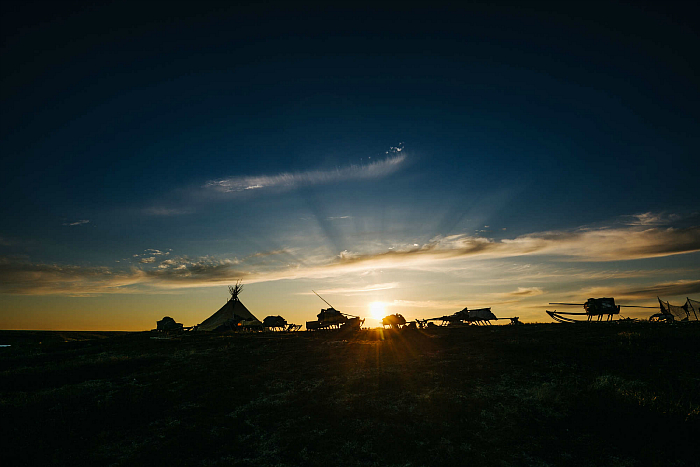 Originated from the Nenets language, Yamal means "end of the world". The capital of the region Salekhard is the only city in the world located on the Arctic Circle. There is a stela in the city, passing under which you cross the Arctic Circle.

Winter in Yamal lasts almost 8 months, and only about 50 days are given to summer. On the day of the winter solstice, the sun does not appear over the horizon, while during the summer solstice it doesn’t set under the skyline. 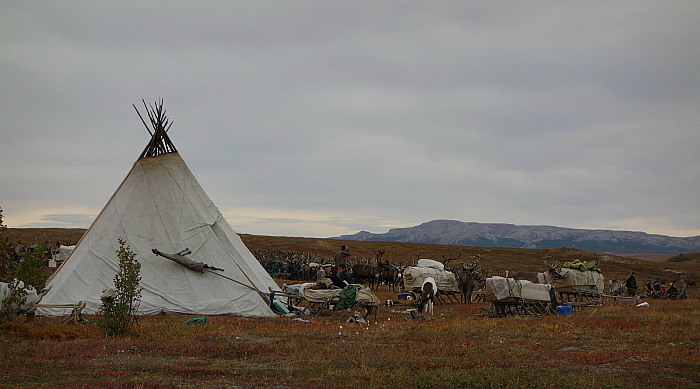 On the territory bigger than Netherlands, Belgium and Switzerland put together, people of the North still live a traditional way of life, engaging in reindeer breeding and roaming with their herds from pasture to pasture.

In Yamal, you will have a rare opportunity to try the ancient way of life of the northern peoples. Apart from that, there is a unique chance to observe some of the rare animals living only in the most remote regions of the world, for example musk-ox.

Another symbol of Yamal is the mammoth. The remains of these ancient animals are regularly found here. In Salekhard museum, you will see the famous baby mammoth Lyuba, who is 40.000 years old. So a trip to Yamal is an opportunity to touch the real history almost in its original form. This is a journey not only in space but also in time. 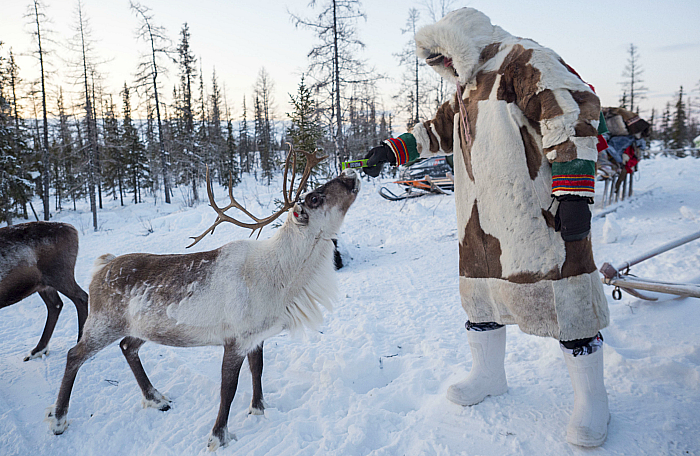 The Putorana Plateau is a reserved place where you can get to by helicopter or by boat. Once you are there, it seems as if you are on another planet. Canyons with steep banks, narrow long lakes, powerful waterfalls — all this beauty can be seen at once and in one place. This is also where the highest waterfall in Eurasia is located — 482 meter high Talnikovy waterfall.

Since this area of Russia is mostly unexplored, a lot of these lakes and waterfalls are not even mapped and don’t have names. 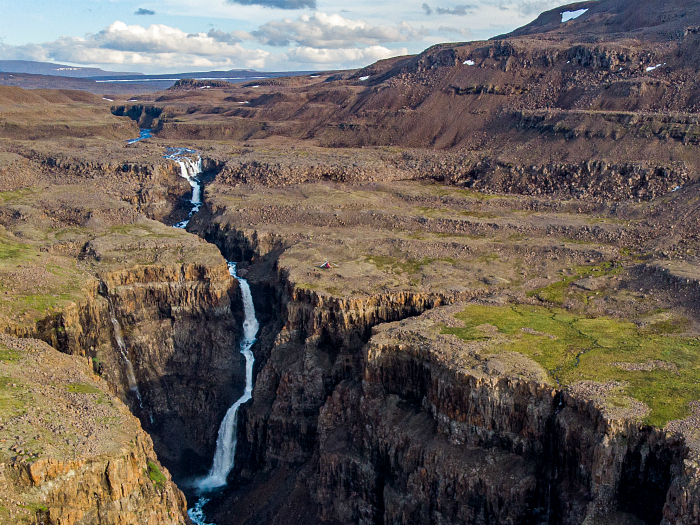 This is a real lost world where travelers can enjoy finding themselves in absolutely untouched nature. The greatness and vastness of the wild lands without any trace of civilization are awe inspiring.

Few people know about the Shantar Islands, and yet fewer those who have managed to visit them. Most likely, among your acquaintances, and even acquaintances of acquaintances, there is no one who has been there. 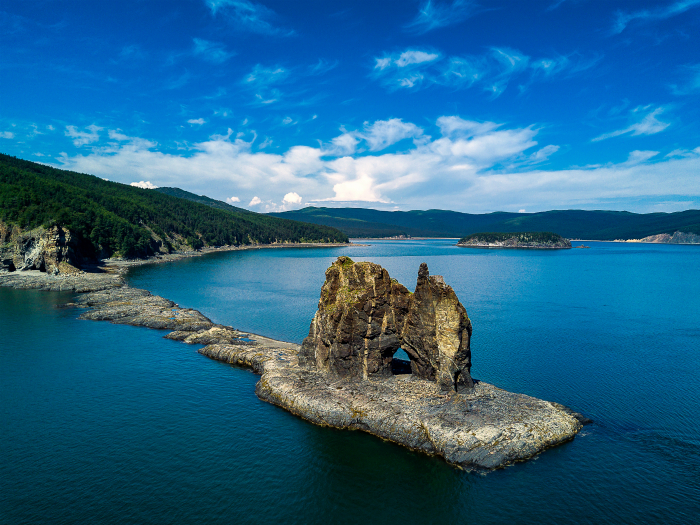 The way to the Shantar Islands is an adventure itself, since to get there you have to go by ship or by helicopter. The islands, located in the Sea of ​​Okhotsk, are one of the most hard-to-reach places. Thanks to this, the nature there remains pristine.

The main attraction of the Shantars is whales. Sometimes you can watch the mammals right from the coast and even swim in their company. Other wild animals like bears also live there. Experienced guides, who accompany tourists during our tours, make sure that wildlife encounters are safe and comfortable both for the travelers and the animals. 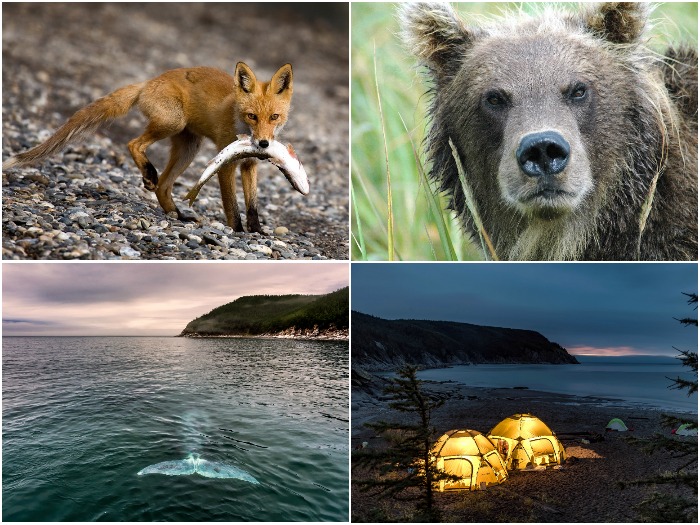 It’s rare that even any Russian guy knows where the Commander Islands lie. The best way to go there is by sea, as another option — helicopter flight — much depends on the weather. 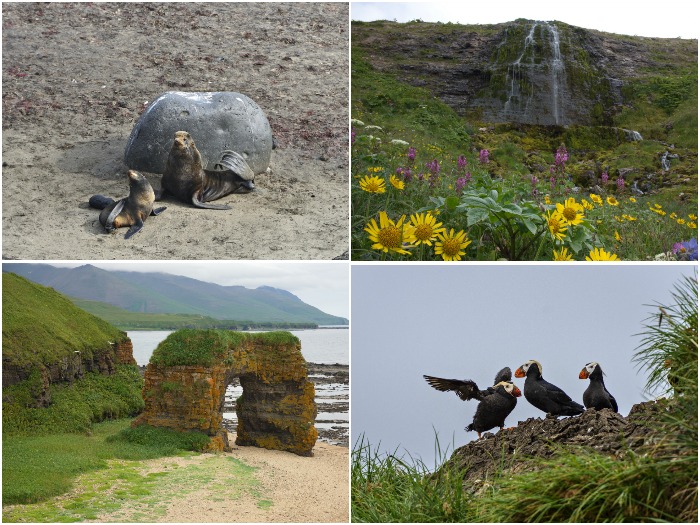 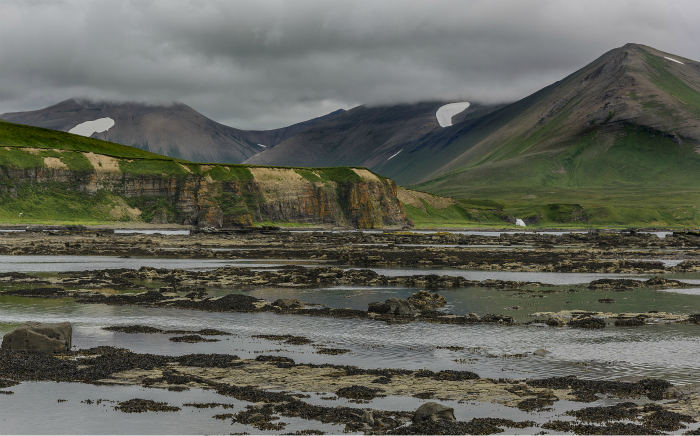 If you are inspired by an idea of discovering the most fascinating regions of Russia, email us at hello@russiadiscovery.ru or call +7 495 125-28-08. We will share our personal experience with you and find a great tour for your taste.

Prev
The Putorana Plateau Travel Review
Next
How to develop corporate responsibility using travel for employees: STADA & RussiaDiscovery case
View all articles (39)
Sending the letter
Callback
Get inspired to travel