How to raise sales of winter footwear with a Baikal trip: the Salomon and RussiaDiscovery case

In March 2020, the RussiaDiscovery team was an expedition partner of Salomon Russia. The brand ran an advertising campaign, launching a contest, the grand prize of which was a winter trip to Baikal. We organized a trip onto the Baikal ice for the winners of the contest. 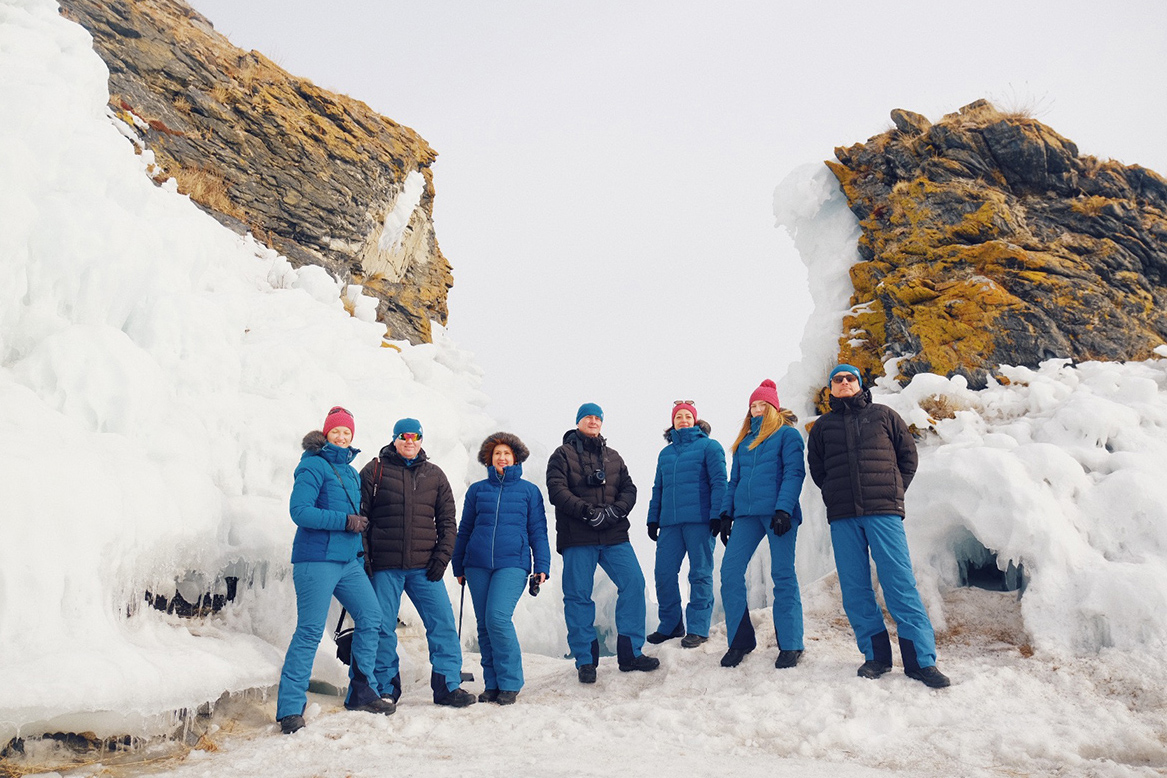 Winter trip to Baikal is universal:

The composition of the group can be different in age and interests - each participant will leave with bright emotions and impressions.

The organization of the program is possible for groups from 1 to 30 people. 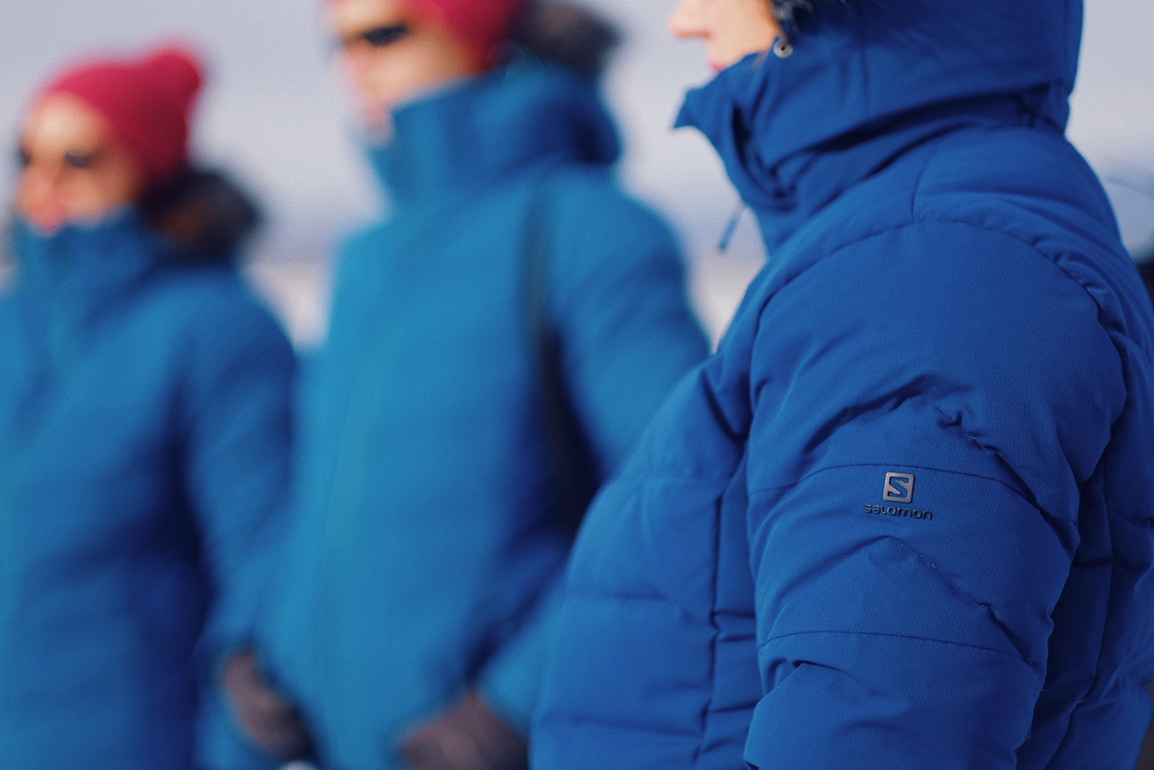 Salomon is a French company producing clothes and goods for sports and outdoor activities, from skiing equipment to trail running shoes. Salomon is an industry leader and uses advanced technologies and innovations to manufacture its product lineup.

In October 2019, Salomon Russia launched an advertising campaign aimed at increasing sales of the brand's winter footwear, strengthening audience loyalty and drawing attention to the brand at points of sale.

The company announced a contest with the main prize as a week-long outdoor tour to the winter Baikal. The challenge lasted for 2 months, participants had to buy a pair of Salomon winter boots and register their purchase on the promo site. The number of registrations per participant was not limited.

The Salomon Russia team conducted a drawing and chose 10 winners, who won a place on a tour to the Baikal ice, tickets and gear. 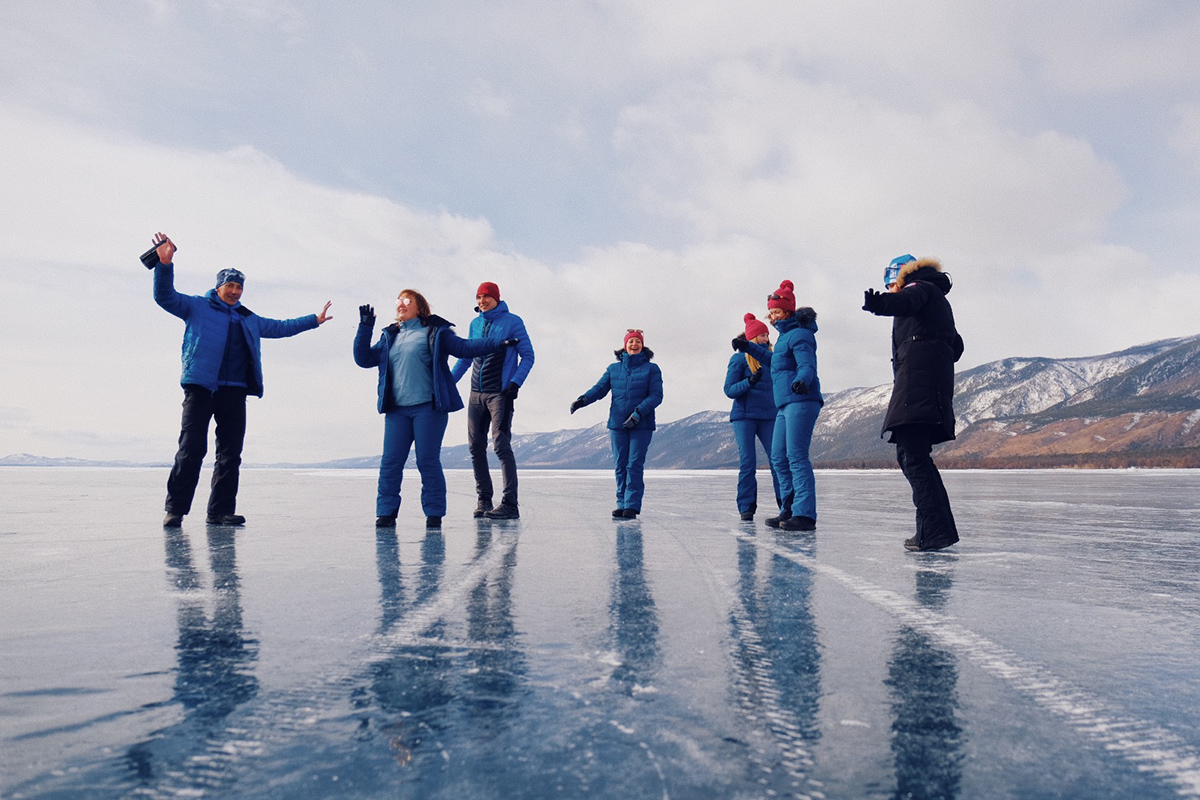 Our task: to organize a winter trip to Baikal in accordance with the arrival dates and budget specified by Salomon Russia. To present a winter outdoor route, which will offer the most impressions for the winners. To include Baikal ice exploration and recreational activities in the program. To provide TRECOL off-road vehicles for driving on the ice, as well as to arrange lodging for the winners of the contest in single rooms.

We offered Salomon Russia a 4-day winter Baikal tour program, starting in March. The program included a trip to the picturesque Baikal sites, Baikal ice exploration, picnics, a trip to the Tazheran steppes, a visit to an ethno-complex, and a tasting of national dishes. The safe TRECOL off-road vehicles were used in the tour, and the participants lived in a comfortable recreation base on the lakeshore.

More information on each component of the tour:

Baikal ice and picturesque landscapes of the region

During the trip, participants explored the northern and southern parts of the «Maloe (Rus for “Small” ) Sea». The route allowed them to see different forms of Baikal ice: smooth, transparent, rough, ice with cracks and numerous bubbles, as well as to see grottoes, landwash and ice caves. 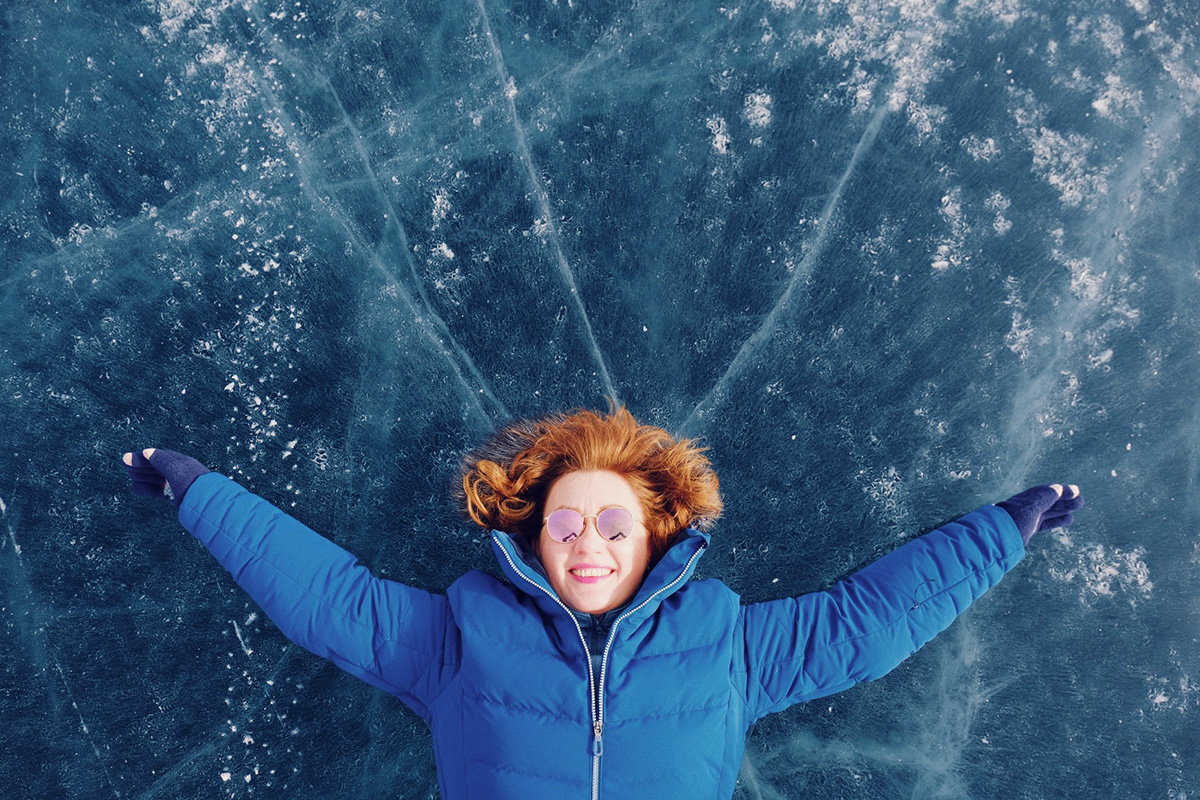 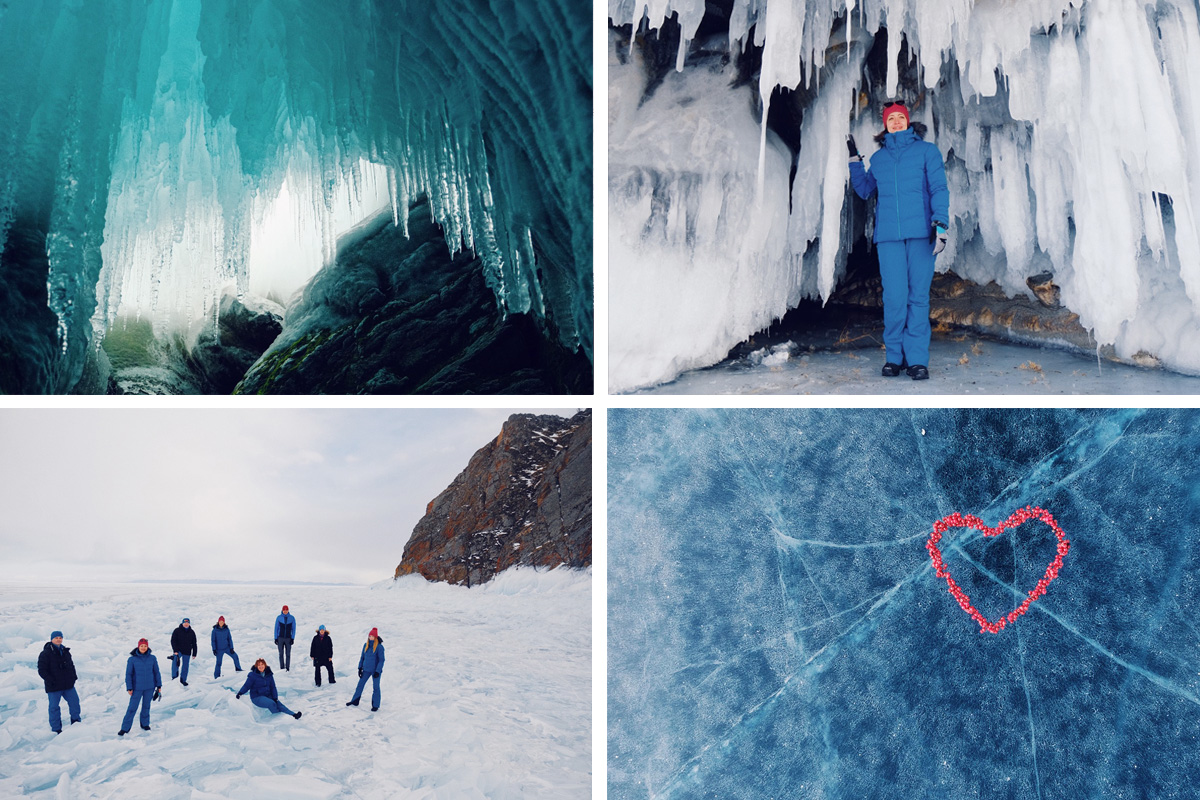 The travelers saw Elenka Island, surrounded by transparent ice hummocks. They visited Zama - the point where Baikal is the widest: it's 80 km from here to the opposite shore. We also made a wish on the island of Ogoy, where the Buddhist Enlightenment Stupa is located. 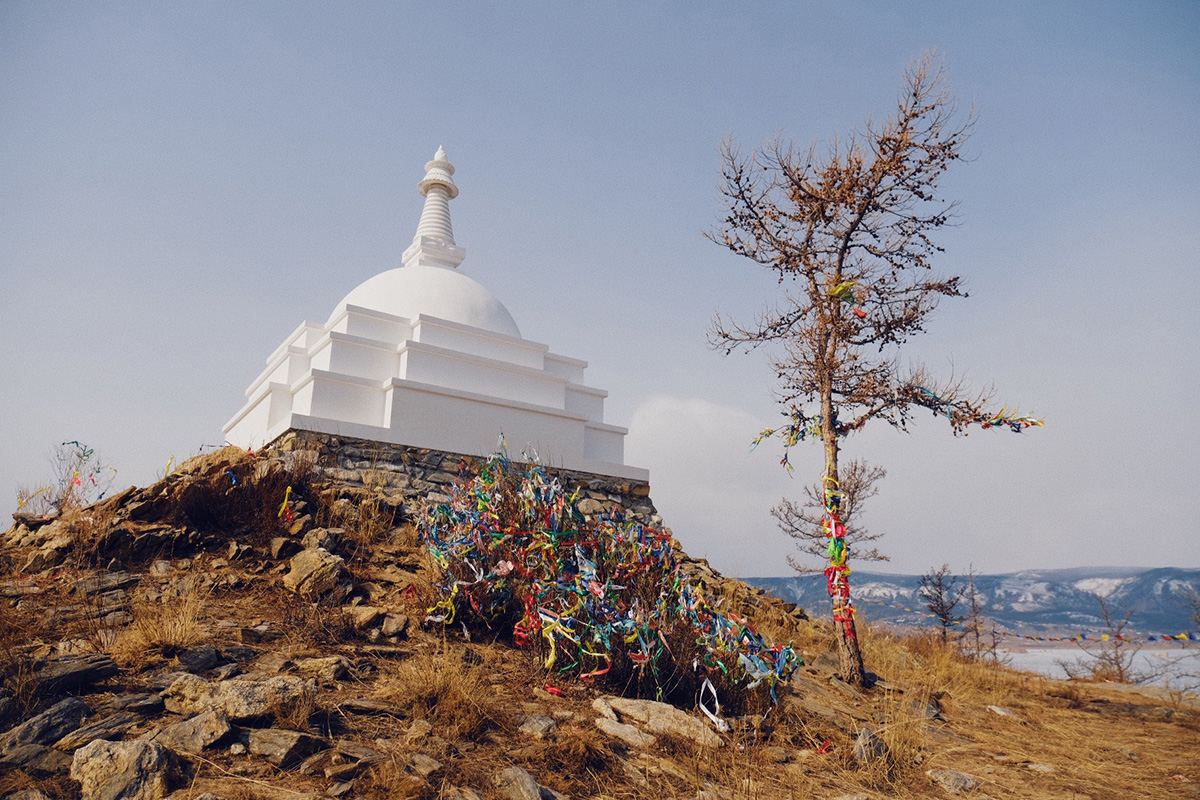 While exploring Baikal ice, the participants went skating, had photoshoots, and were initiated as ice travelers. One of the days a picnic in a cozy bay of the lake awaited them along the route. 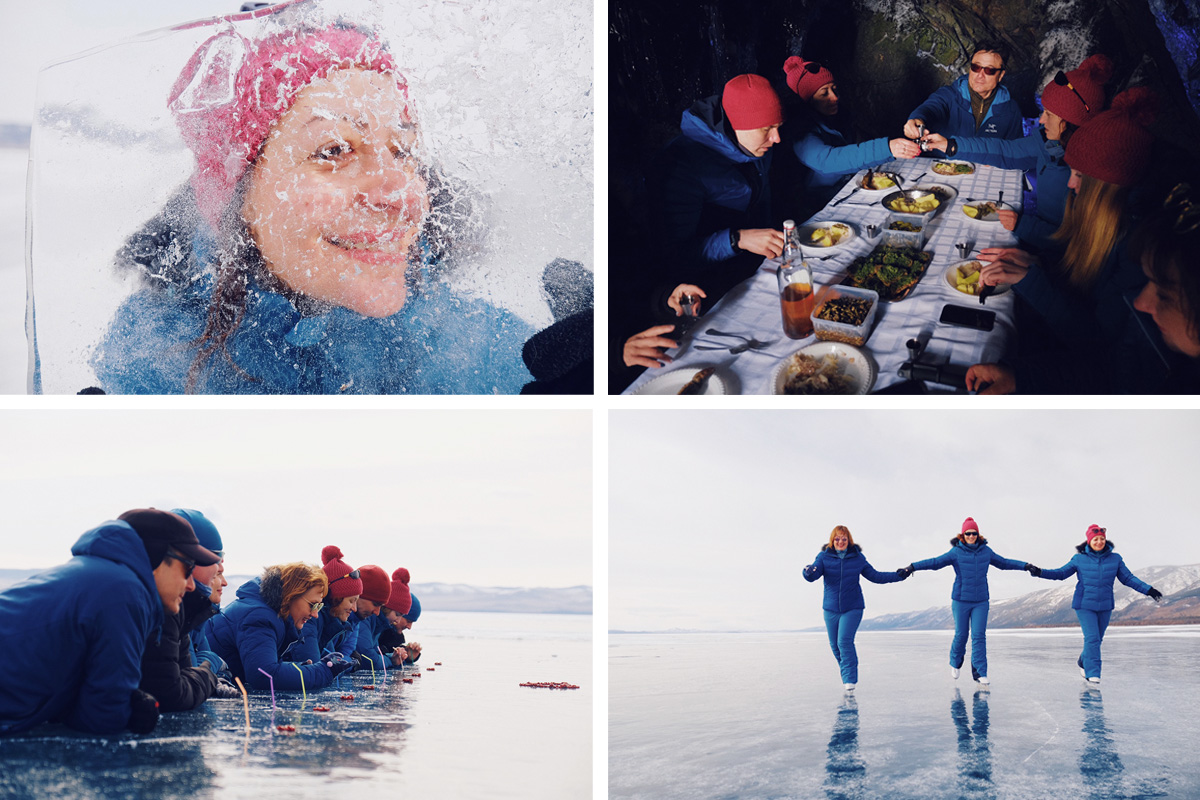 Additional entertainments: a trip to the Tazheran steppes, an ethno-complex and national dishes

Besides the Baikal ice, the winners of the competition saw the Tazheran steppes. While traveling here in off-road vehicles, they admired the expanses of the Baikal region, looked at the rock paintings that  remained from the ancient inhabitants of this region. They ascended the highest point of the Tazheran massif – the Tan-Khan mountain, from where a panoramic view of Lake Baikal opens.

The participants of the trip also visited the "Golden Horde" ethno-complex, where they got acquainted with Buryat folklore, listened to throat-singing and tried national dishes - buuzy, sagudai, buhler. 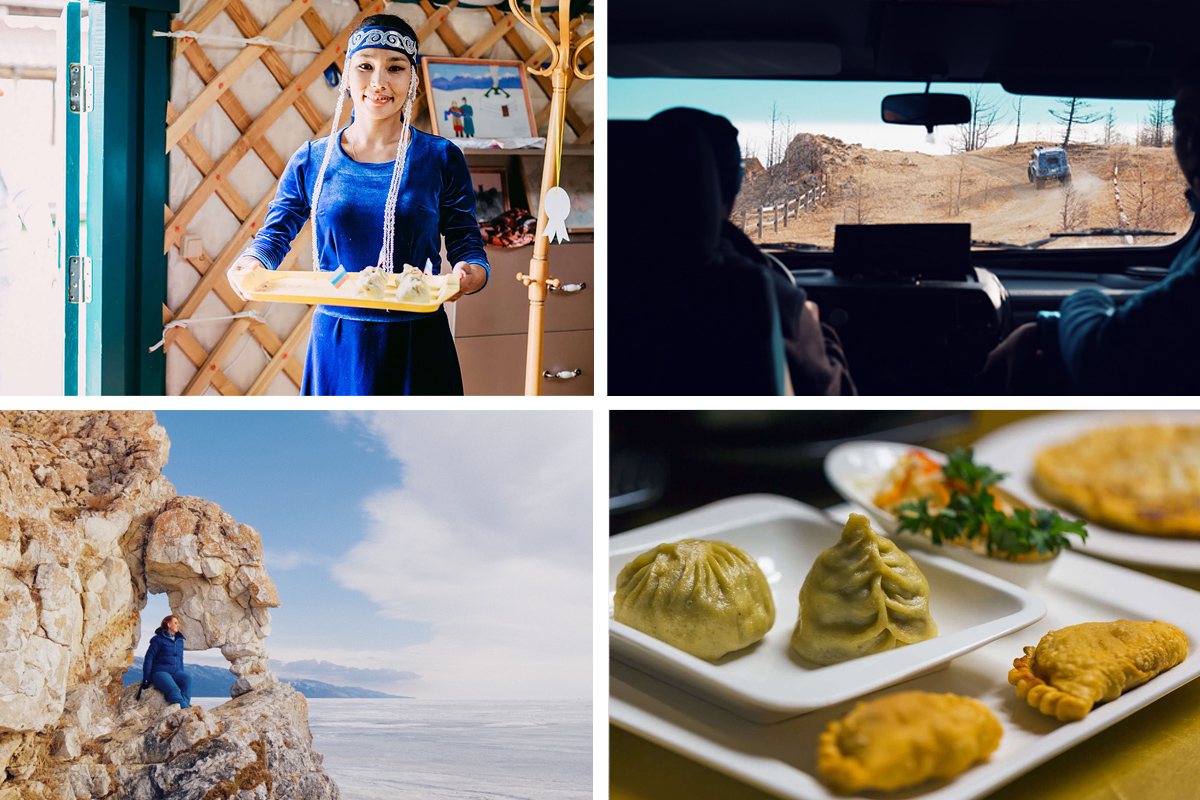 Moving along the route on safe vehicles

The trip across the Tazheran steppes was made by expedition off-road vehicles. Transfer from Baikal to Irkutsk was performed using minibuses. 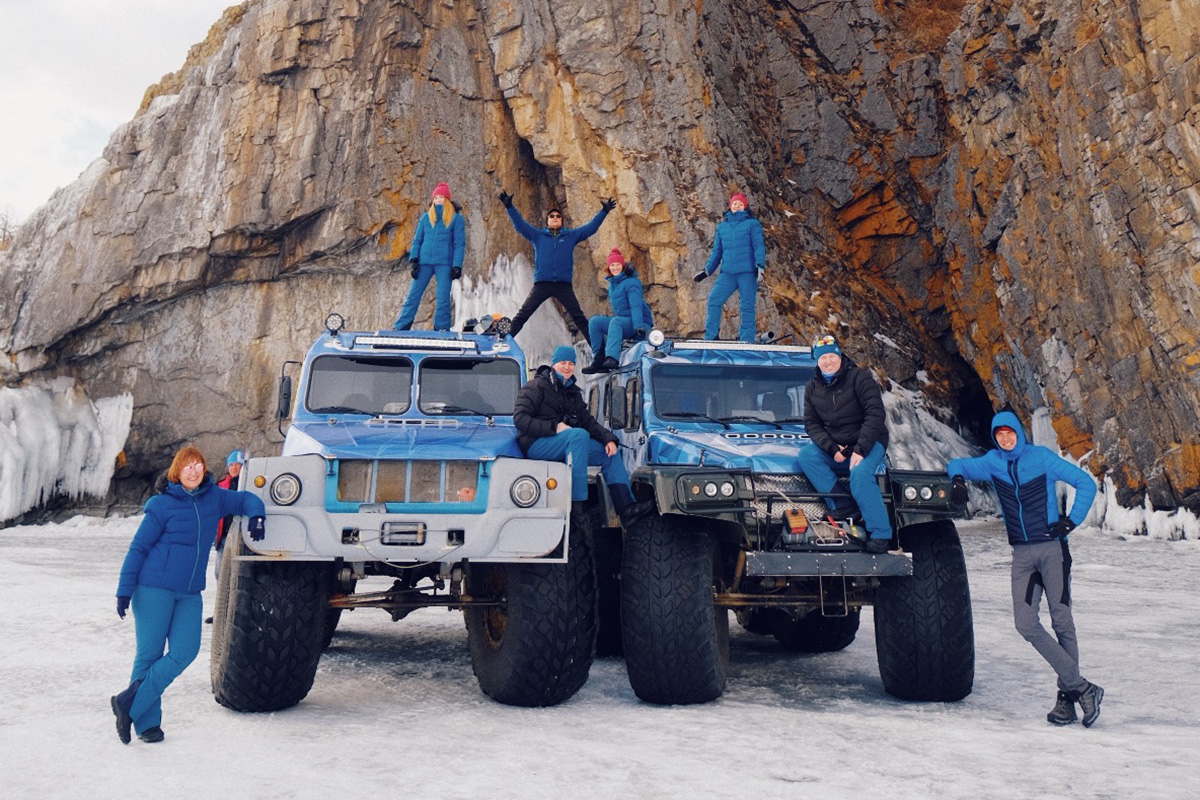 A comfortable recreation camp was selected for the participants' accommodation matching the budget of the trip. It was situated in a quiet and secluded place at the shore of Lake Baikal. The winners lived in comfortable separate houses.

In Irkutsk travelers spent the night in a hotel - in standard single rooms. 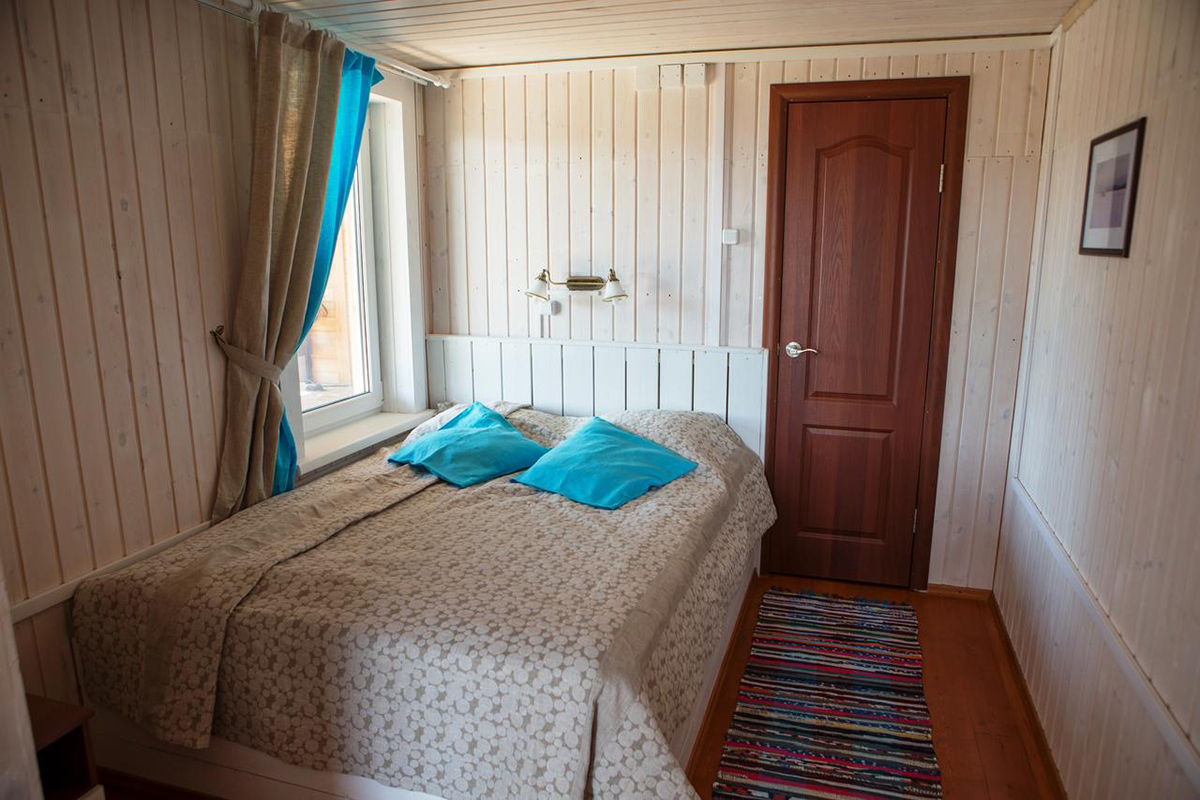 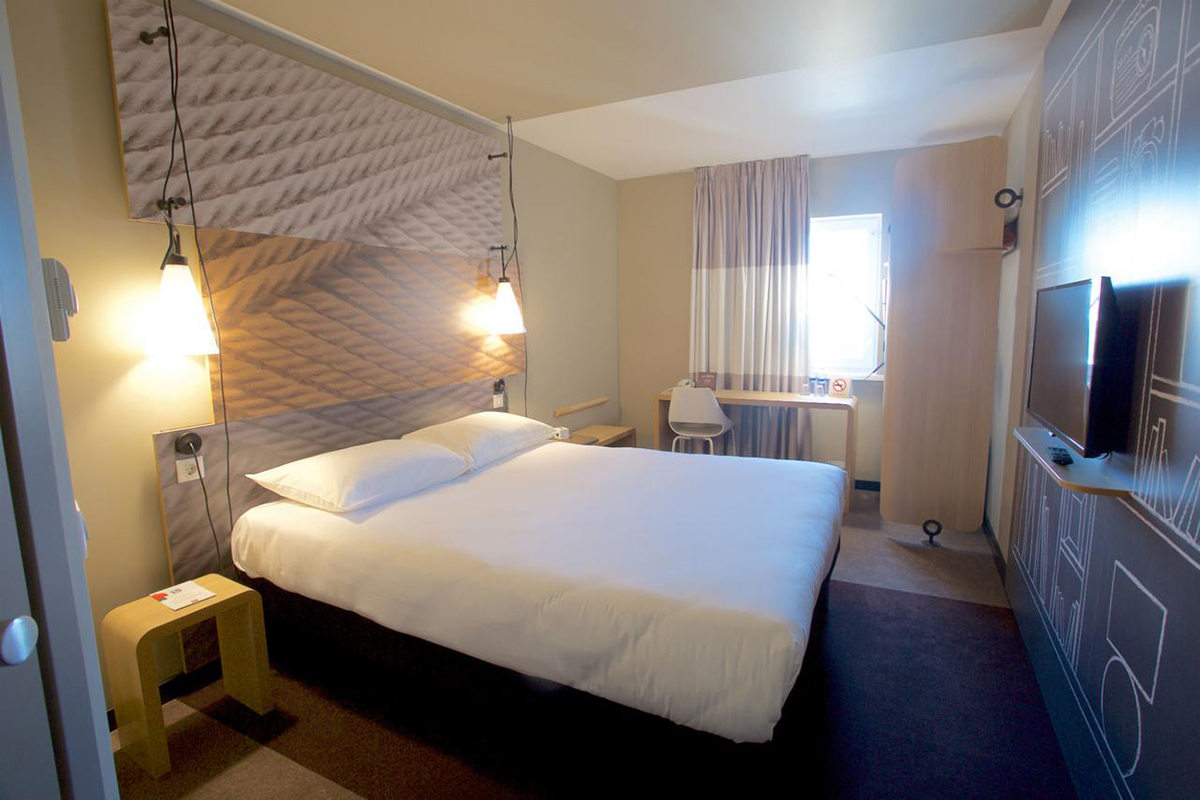 According to Salomon Russia, a gift in the form of an inspiring trip motivated more people to participate in the challenge than other mechanics did. As a result, this advertising campaign increased the sales of winter footwear by 2.1 times compared to the previous year. 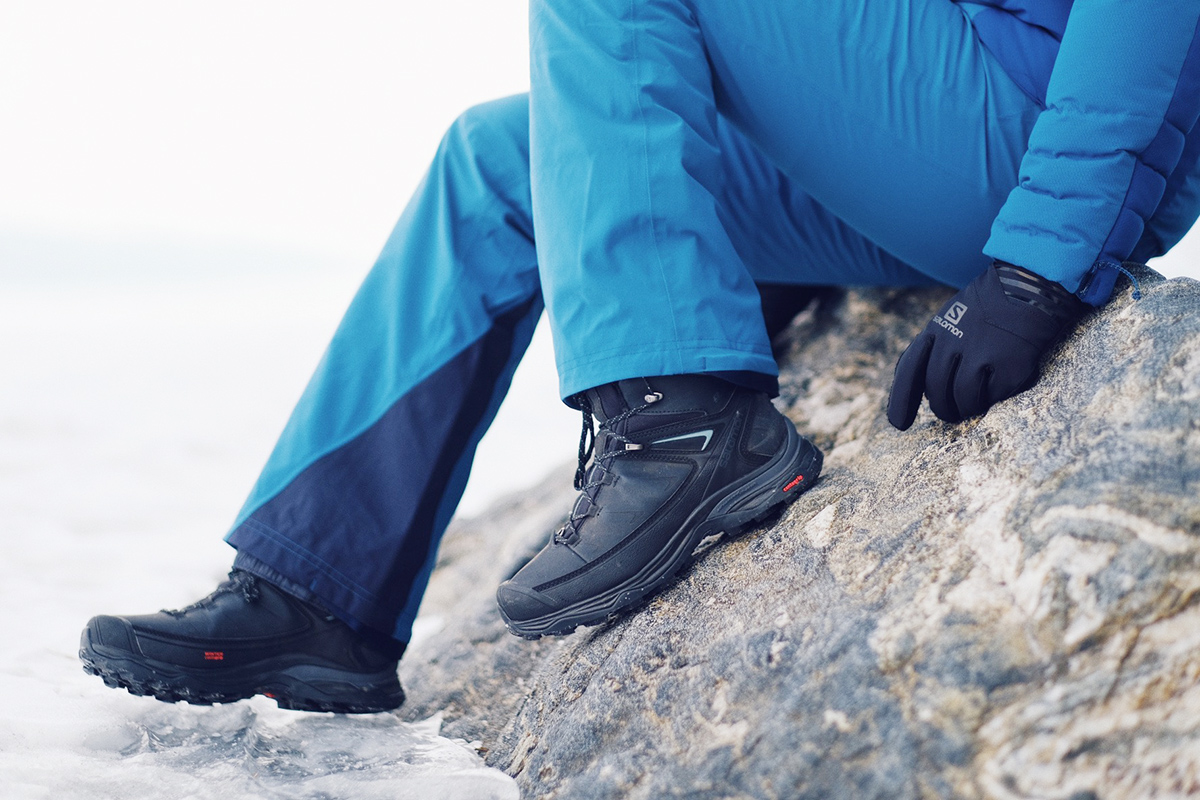 Eight out of 10 contest winners went on the trip, 2 participants could not join the tour for personal reasons. Impressions of the winners who visited winter Baikal: 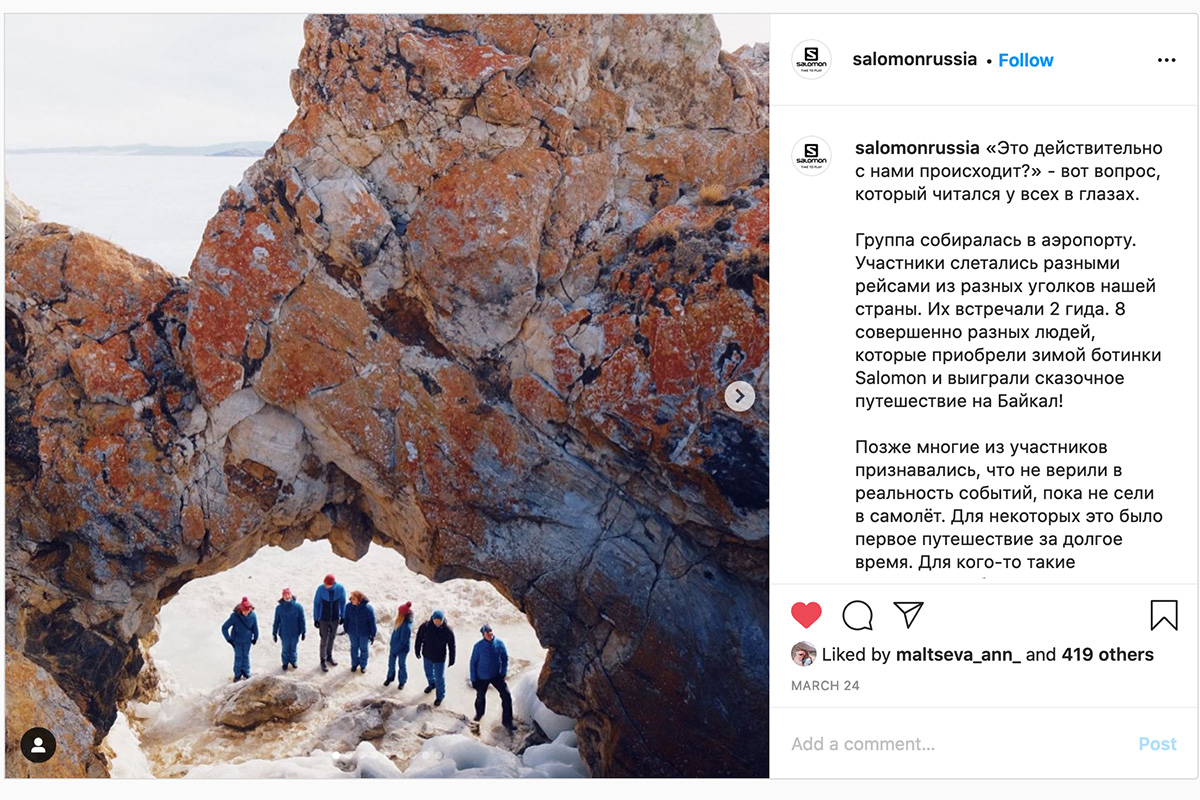 "Is it really happening to us?"

"We got into off-roaders and drove toward Baikal, stopping at some very beautiful places along the way. It wasn't the most usual way to Baikal, most people don't drive that way. But we were lucky - our guides wanted to immerse us in the culture and beauty of those places already on the first day’’.

"We saw cave paintings, beautiful rocks, shamanistic cult sites. Just the way to Baikal was already a cool adventure, extreme in some places, breathtaking: we were told about the peculiarities of local customs, traditions and history of those places and people’’.

"Closer to the evening we saw our main goal, Baikal. In the rays of the sunset the ice on the lake sparkled with all colors imaginable. For about an hour we had been watching the best sunset we had ever seen. In the darkness our four-wheelers took us to the place where we would spend the night - wonderful houses by the Baikal. A delicious dinner, safety briefing and getting to know each other better - all this turned into soulful evening get-togethers, and we didn't want to leave at all’’.

"We transformed our Baikal ice program according to Salomon Russia's wishes: we held it in a convenient time for the company, kept within the necessary budget, retaining a rich route and comfortable accommodation. A trip to winter Baikal always provides a lot of vivid impressions, and it is a really good idea to choose it as a gift for a big contest or raffle".

"The trip was organized quickly, clearly, competently - we express our gratitude to RussiaDiscovery! The main conditions of the trip for us were comfort, safety and bright impressions for the participants. Judging by the feedback we got from the winners, the tour was fantastic! Thank you!"

If you too would like to hold a contest with a trip or expedition as an unusual prize, find out about a possibility of organizing individual tours and corporate vacations with us. Email us at hello@russiadiscovery.ru

All photos used in this article were provided by Salomon Russia