Enormous marine mammals singing somewhere in the deep. Who wouldn’t dream of such an encounter? Every year, thousands of visitors come to Scandinavia and Africa, Argentina and Alaska to at least get a glimpse of the whales.

A beautiful giant emerges from water for just a couple of seconds, so you can only take a picture of its back or tail. It is not without reason that whale watching is often compared to hunting: it’s the patient hunter who gets the prey—and we mean great shots. Nothing carnivorous! Whales always come when least expected, causing the watchers to applaud or even weep.

Meanwhile, in Russia there are places where you can take photos of whales even from a shore — for instance, a lot of these giants come to the Wrangel Bay near the Shantar Islands. So, seeing whales is guaranteed in a journey to the archipelago.

Read more about this tour and get 4 other ideas of travels where a dream to encounter a huge mammal will become true.

1. Archipelago of Discoveries. Expedition to the Shantar Islands

This is the most affordable tour you can take to see whales in Russia. A wide spit divides the estuary and the Ongachan Bay. Come to the shore to watch salmon spawning or the whales playing cheerfully in the bay waters. Beluga, killer, gray, North Pacific right, and bowhead whales come here to feed. Now, the only dwellers of the islands are the weather station workers—and their only company are the numerous bird and seal rookeries. However, the Shantars were inhabited once; the archipelago was home to numerous whalers. 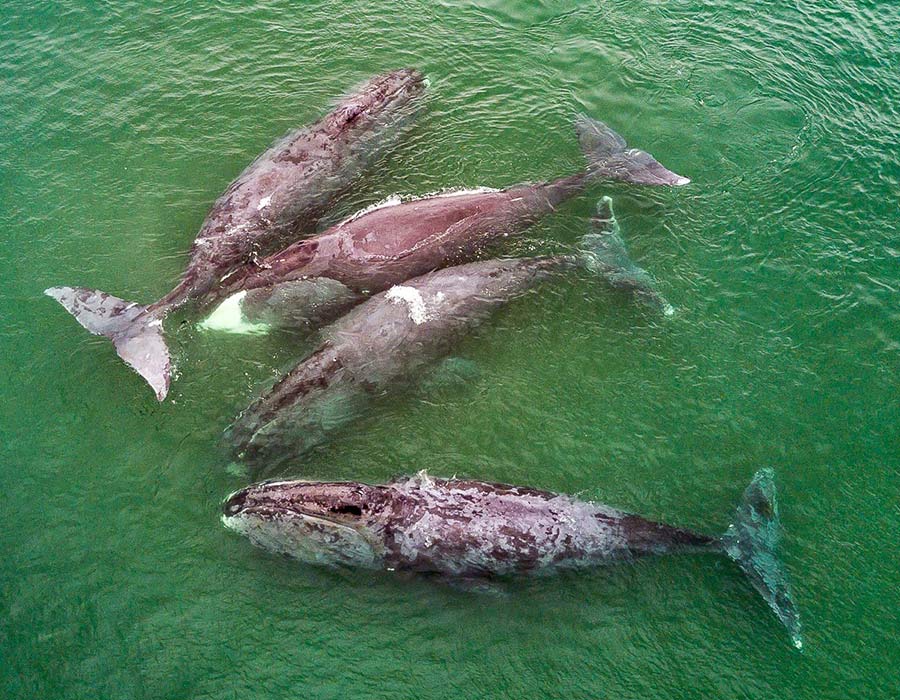 In the mid-20th century, the local population of gray and bowhead whales was deemed gone extinct. However, the whaling ban helped them recover. Entire gray whale pods, some ten animals each, pass by just a few meters away from the shore, making them very easy to spot.
The Ongachan Bay, the location of the campsite, is a permanent habitat for whales. Well, for bears, weasels, and seals, too. During the journey you will see them in their natural habitat. In the Wrangel Bay, another point of the itinerary, you will even have a chance to try paddleboarding with whales — the giants will swim at arm’s length.

The magnificence of the Shantar Islands will make the explorer in you come out. Flying aboard a helicopter over the Sea of Okhotsk, you will enjoy the picturesque bays of the archipelago. In the marine expedition, you will witness breathtaking sceneries and wild nature as it is. This is a great adventure for the ones who want to see places, where no man has ever set foot.

2. On Top of the World. A Cruise to the Islands of Wrangel and Herald

The islands of Wrangel and Herald as well as 12 miles of adjacent maritime waters are part of a natural reserve which is a recognized UNESCO World Heritage site. In the coastal waters, one can often encounter fin, gray, and bowhead whales. Thanks to its history, landscape, climate, and hard-to-access location, these places have preserved unique flora and fauna. 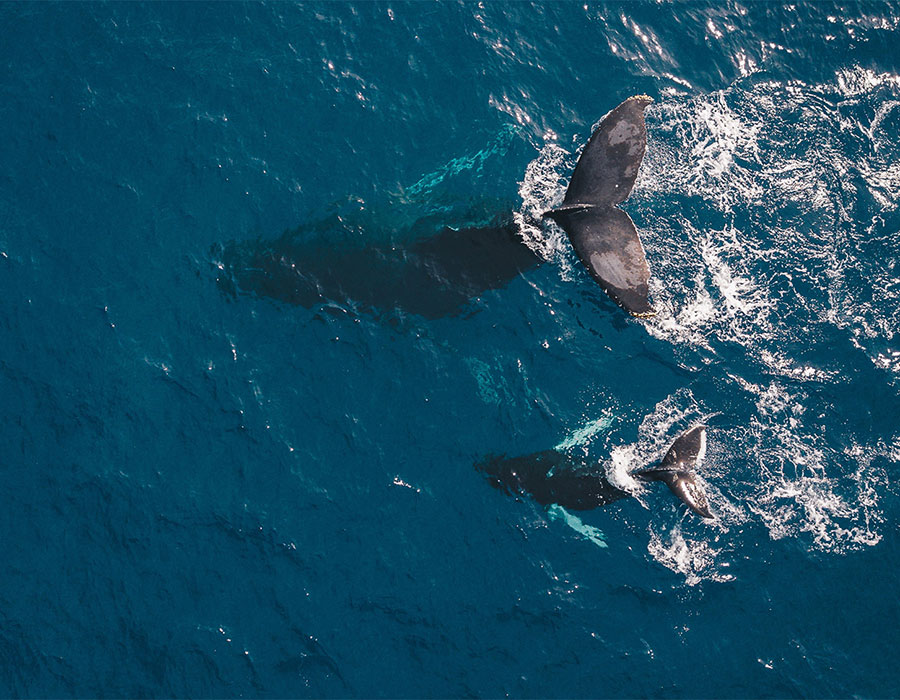 On a cruise to Chukotka, you’ll spot numerous beluga whales hunting for fish while leaving the Anadyr Bay. Upon reaching the Island of Yttygran, pick a boat to look for gray whales this place is famous for. The location also boasts the world’s largest population of Pacific walrus. Other animals encountered there are polar bears, reindeer, Arctic foxes, and musk oxen. The program also contains a visit to huge bird rookeries. Puffins, black guillemots and cormorants, as well as snow geese can be photographed here at an arm’s length. Discover the world of pristine wildlife.

3. Fairytale in the Ice. Antarctic Cruise for New Year 2021

The cold Antarctic waters washing this large land of ice of rich in oxygen. This contributes to a thriving wildlife. Whales are often seen en route to Antarctica. Watch the humpback whales, fin whales, and razorback whales. Killer whales, too. The Antarctic cruise will begin in December 2020. Beside whales, you’ll spot fur seals and, of course, penguins, who are so brave they’ll check the contents of your bags. The centerpiece is the Straits Lemaire, also known as the Kodak Gap. It is so beautiful that before digital photography became a thing, travelers used to spend up to 600 km of film per year. A New Year celebration amidst the ice of the world’s southernmost continent in the company of an expedition vessel crew is a once-in-a-lifetime experience. 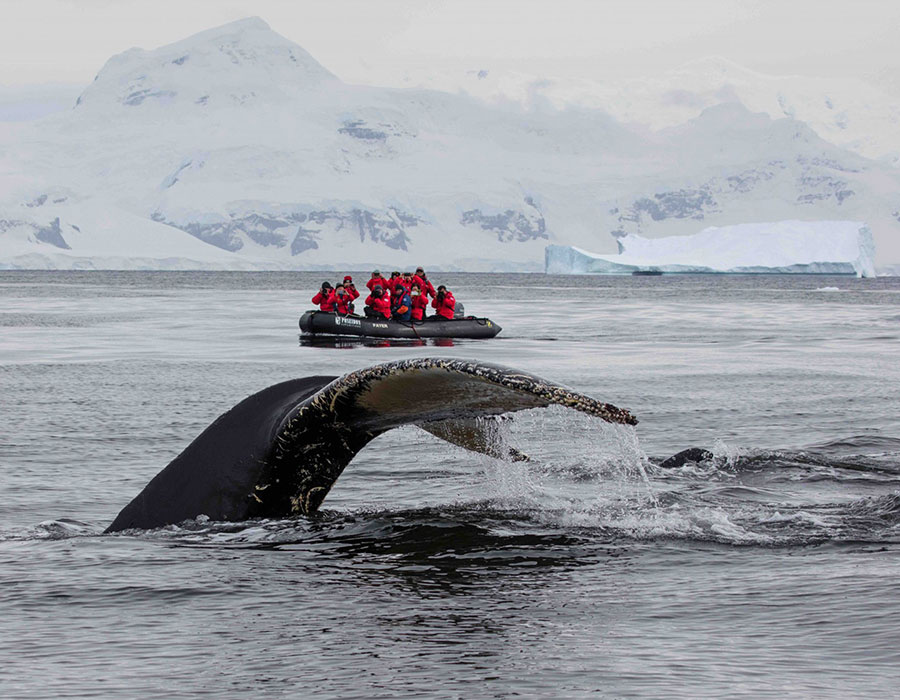 Franz Josef Land is one of the most remote and inaccessible Arctic regions. The archipelago has survived to the present day in its primordial form, with a unique maritime fauna. One can still encounter beluga whales here. North is an important place for the summer foraging of these cetaceans. Narwhals inhabited these waters, too. This is a rare species included in the Red Book of Russia. The waters of Franz Josef Land is also a meetpoint for bowhead whales. 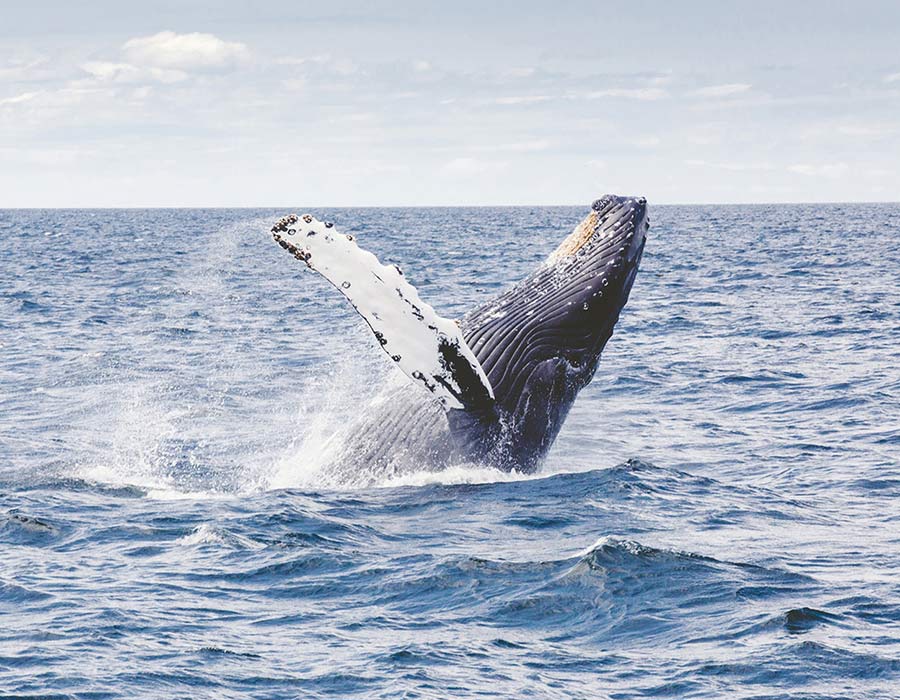 Sea-faring across the Icefjord towards the archipelago, you’ll see minke whales. Moving along the Spitsbergen, you’ll spot bowhead whales. You’ll also reach one of the world’s largest walrus rookeries as well as the rookeries of cormorants, kittiwakes, and rare ivory gulls. This journey is a great chance to feel like a pioneer.

5. Secrets of the Far North. Expedition to Chukotka

Beringia is the territory that used to connect Euroasia and North America forming one super continent from them. Many times, it went under water and rose above it. Every time, when two mainlands connected, a lot of animals from the Old World migrated to the New one and back. This is the reason why here, you can get acquainted with exotic wildlife: rookeries of seals and various types of birds like puffins, guillemot, kittiwake gull. And of course, whales.

In the village of Lorino, you will meet whale hunters. Only aboriginal people like Chukchi have the right to hunt limited number of these mammals for nutritional and cultural needs. Together, you will have a boat tour to the sea for watching gray whales. 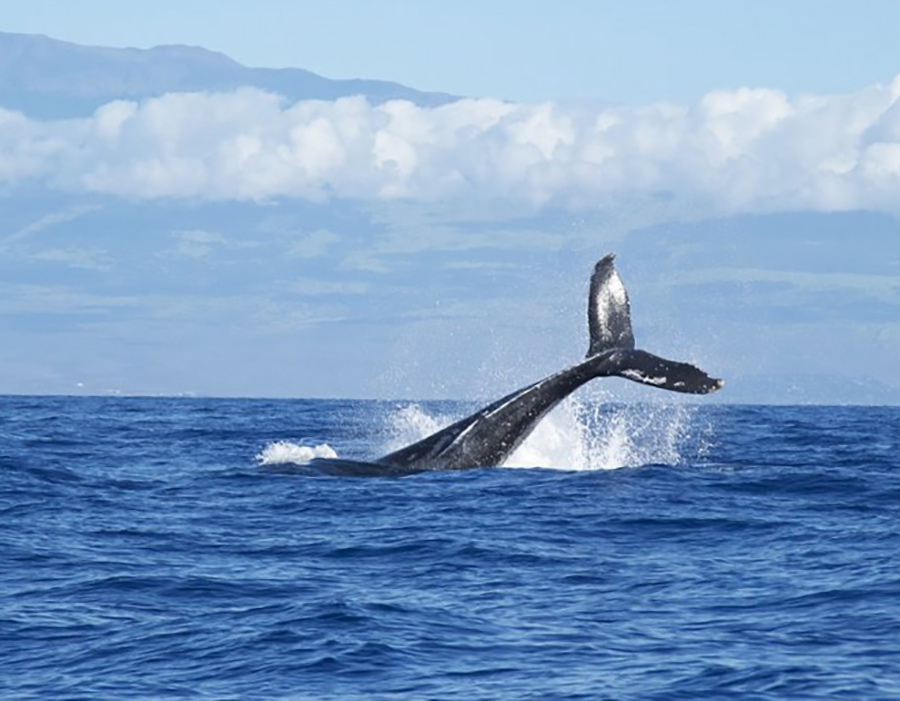 Next meeting with the giants is waiting for you in the Mechigmen Bay and near Yttygran Island. On the latter one, there is a world-famous mysterious monument of Eskimo history and culture 'Whale Alley' — it will definitely leave a lasting impression on you.

Admiring amazing landscapes of Beringia National Park, whale watching and meeting different representatives of wildlife will turn this trip into a lifetime experience.