Have you ever seen majestic mountains and tranquil valleys, winding rivers, and endless forests that take your breath away? There are many places like that on Earth. The unique territories it is crucial to keep pristine are on the list of UNESCO World Natural Heritage Sites. It currently lists 203 sites, 10 of which are in Russia. Don't think that's not much: Russia is the fourth country in the world in terms of such numbers. 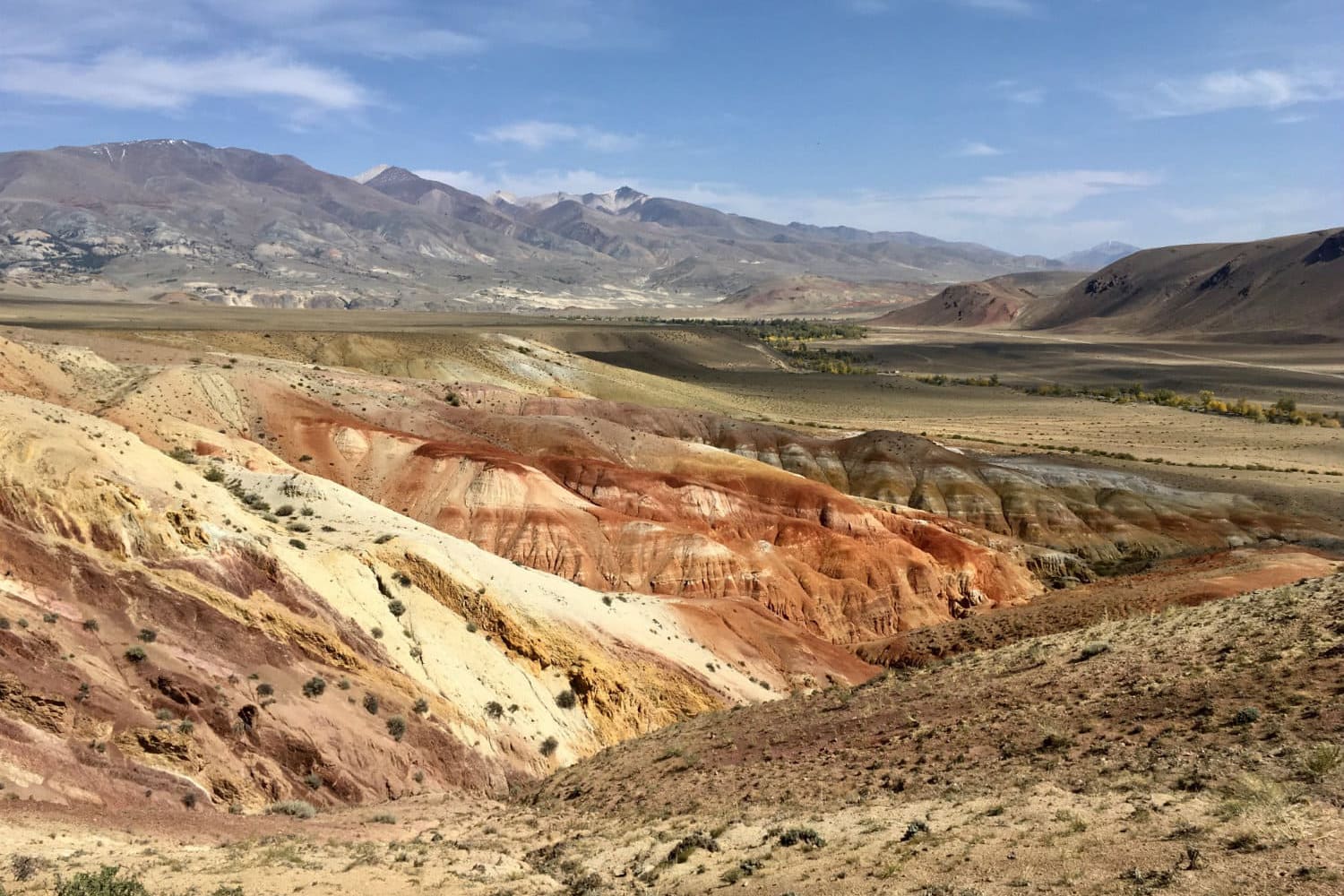 World Heritage Sites in Russia are not just preciously beautiful, they are also home to many animal and plant species, some of which are rare or even endemic, i.e. you will not find them anywhere else in the world. To be included in the UNESCO list, a site must meet at least one of the criteria below:

● (VII) to be outstanding examples representing major stages of Earth's history, including the record of life, significant on-going geological processes in the development of landforms, or significant geomorphic or physiographic features

● (IX) to be outstanding examples representing significant on-going ecological and biological processes in the evolution and development of terrestrial, fresh water, coastal and marine ecosystems and communities of plants and animals

● (X) to contain the most important and significant natural habitats for in-situ conservation of biological diversity, including those containing threatened species of outstanding universal value from the point of view of science or conservation

Four of the eleven UNESCO sites in Russia were picked based on the VII criterion. Those are the Komi forests, Lake Baikal, the Kamchatka volcanoes, and the Putorana Plateau. This is why travelers from all over the world seek to see them.

Read our mini-guide of UNESCO World Natural Heritage Sites in Russia to ever see them 'live'.

Europe's largest untouched forests cover an area of 32,600 km². This is approximately 3 km² larger than Belgium. The Komi forests were the first Russian site to get on the UNESCO list. It is home to brown bears, sables, elks, more than 200 bird species (including the Red Book ones) and valuable fish species like Siberian grayling and brook trout.

The lush taiga stretches to the Ural Mountains, flowing in the tundra, where there are almost no plants, while the crystal rivers descend from the ridges and are merged into Pechora, birthing amazing landscapes. 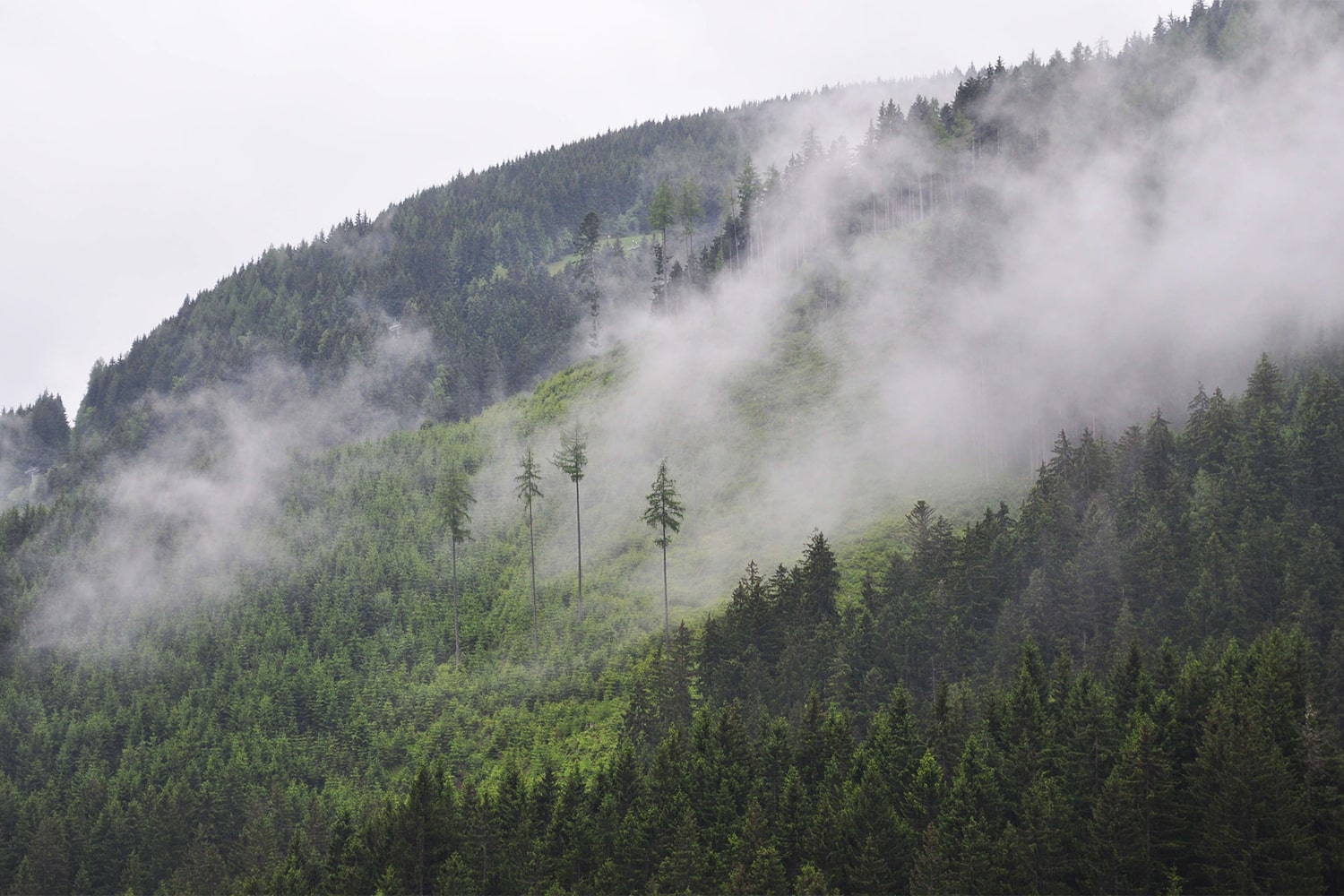 The world's deepest lake is located in Russia. It is only a bit smaller in area than the Komi forests—31,722 km². Its' surface has room for a country a hundred times as large as Malta. It is 1642-meter deep at its deepest point. It means that if you could place the Eiffel tower on its bottom and multiply its height by five, it still wouldn't emerge.

Baikal contains almost 19% of the world's fresh water reserves. The water there is so clean you can see some stones on the bottom even at a depth of 40 meters. Epischura baikalensis is a copepod that consumes organics and keeps the water clean. Overall, Baikal is home to some 2600 animal species, more than half of which are endemic. No wonder that the lake was listed as a World Heritage site, isnt' it?

Baikal ice is a special phenomenon in itself. In late winter, ice can be as thick as two meters in bays. Its frost varies from territory to territory: sometimes it has a web of cracks, sometimes it is full of bubbles; in some places, it is mirror-like, in others it looks like matte glass. Meters-high frozen waves are astonishing, and so are grottoes none can reach in summer. During winter trip to Baikal, you can scate on the biggest ice rink of the country, try an ice rafting and fill your camera with beautiful pictures. In early May, the Lake awakens; ringing and crackling just a bit off the shores, it opens up its cornflower waters to the world.

Baikal summers are interesting, too: cross the lake with a high-speed boat, and Tazheran steppes around with jeeps, explore Olkhon island and taste traditional Buryat cuisine. 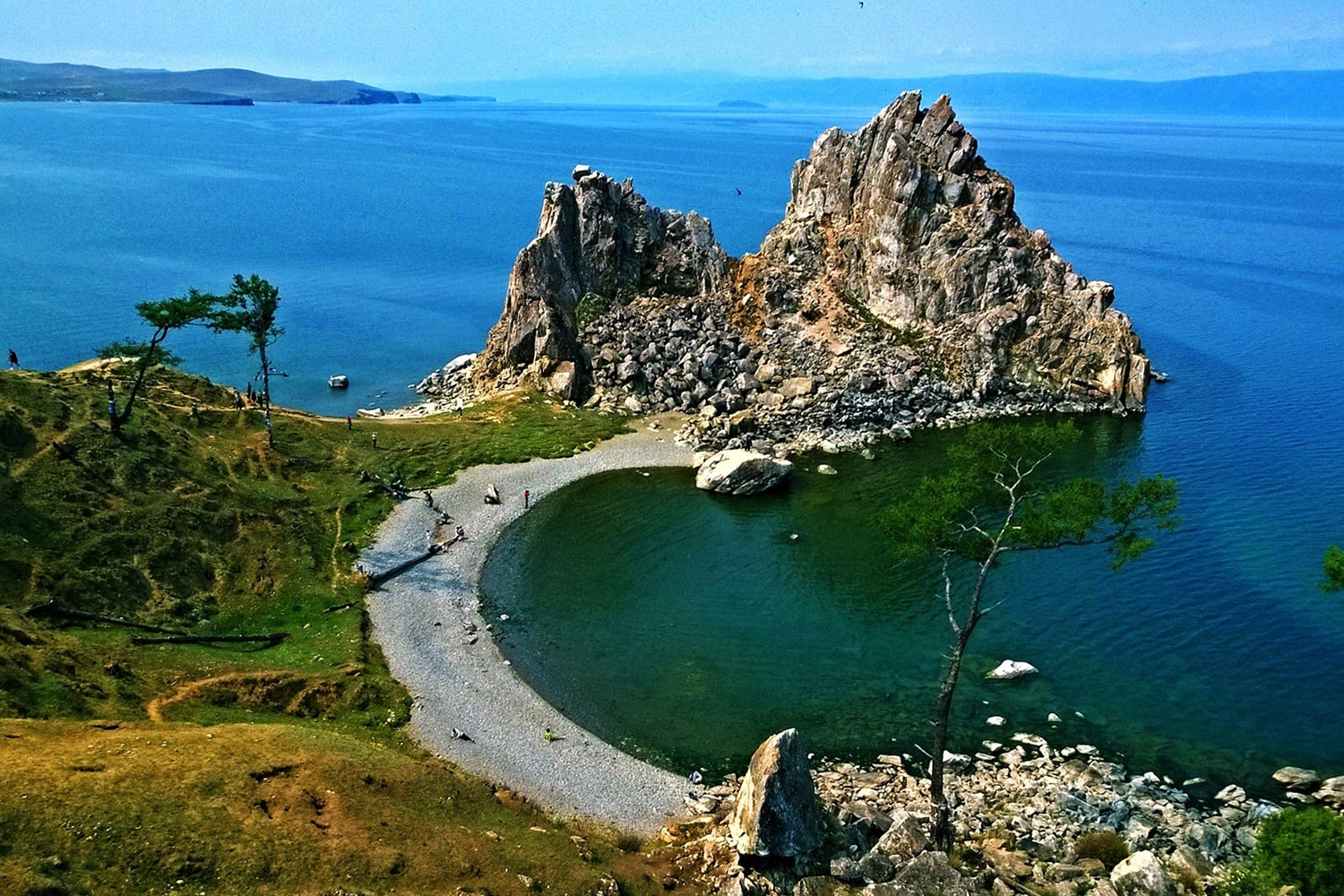 Kamchatka is like a case with candles. It has a lot of volcanoes, and 28 of 29 are in the eastern part. Klychevskoy is the highest one (4750 meters), Mutnovsky is famous for its smoking fumarole fields, and the crater of Maly Semyachik has a lake that resembles a blue eye giving a piercing look at the sky.

One more unique site is the Uzon caldera. Forty thousand years ago, a massive volcano collapsed due to multiple consecutive eruptions and formed a caldera 10 kilometers in diameter. It is located in the Kronotsky nature reserve and combines rivers, hot springs, tundra, forests, and lakes within a single landscape.

Trekking or helicopter tours will give you a great view of this UNESCO site in summer, slope freeriding will do that in winter. If you want to express the unique beauty of this peninsula in your photos, we recommend you to join a phototour. 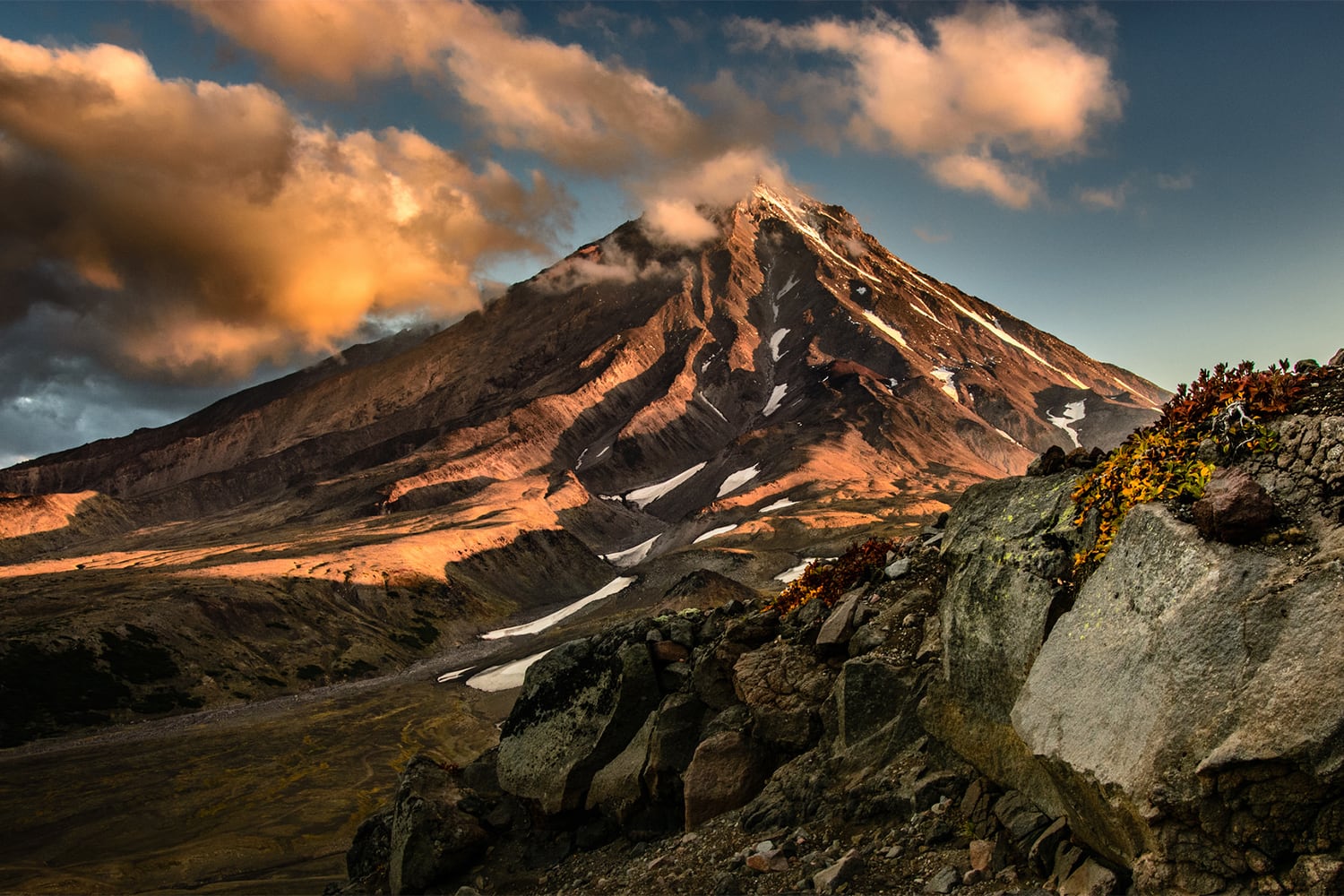 This wording refers to the Altai and the Katun nature reserves as well as the Ukok plateau. It also includes Mount Belukha and Lake Teletskoye. First of all Altai is good for hiking. You can't walk long distances when you have a man-tall backpack. Trekking around this World Heritage object is often assisted by pack horses to carry your things. However, you can ride one as well. Horses can help you to pass narrow mountain trails that are too frightening and hard to walk, or to wade the rivers.

Mount Belukha is seen from many places; 4509 meters is quite a height even for a seasoned climber; however, newbies can conquer it, too! If you think you can 'tame' it, try climbing the mount. This is a lifetime memory to take pride in.

To wake up in a tent with a view of mountains dubbed Russian Switzerland is a great pleasure in its own; however, if you prefer more comfortable housing, Altai offers car tours with hotel accommodation.

Martian landscapes and colorful mountains, beautiful lakes and alpine meadows, steppes and waterfalls — it is hard to find a better place than Altai to learn landscape photography. 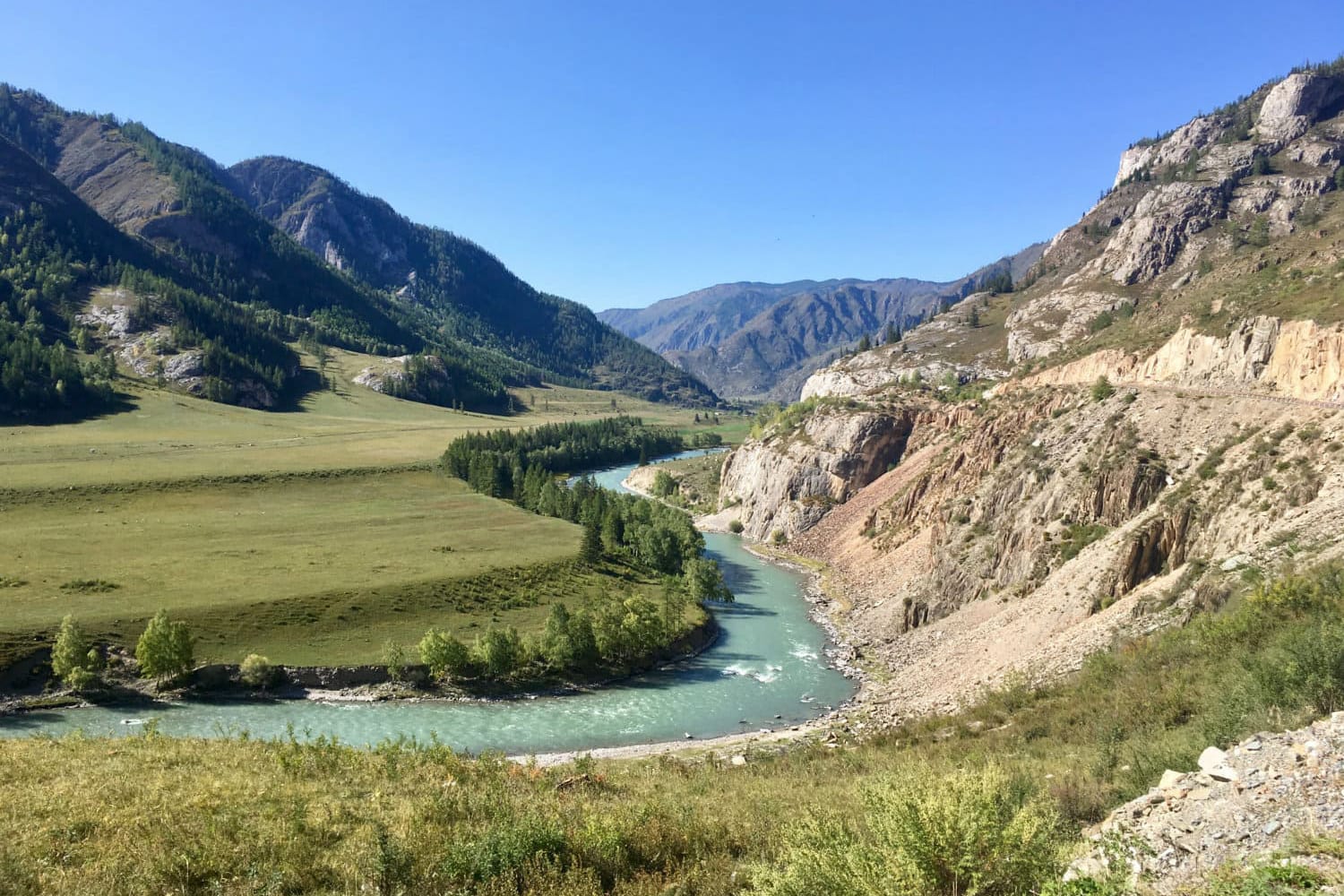 This is the name for the region in Russia that includes Krasnodar Krai, Adygea, Karachai-Cherkessia, and a part of the Greater Caucasus Mountains from Mount Fisht to Elbrus.

Adygea may boast the largest concentration of scenic natural sites per unit of area in the world. The republic only has two cities, and the rest of it is mountains and waterfalls, alpine meadows and pristine forests, deep canyons and turbulent rivers. This opens up great opportunities for active recreation: climbing and hiking, rafting and horse racing, bicycle touring and speleotourism. Dombai and Arkhyz are long known for their lakes, waterfalls, and springs that were already popular in the Soviet Union. Unlike Kamchatka or Baikal, Caucasus tours are something everyone could afford. Besides, it becomes summer-warm earlier and keeps that warmth longer. 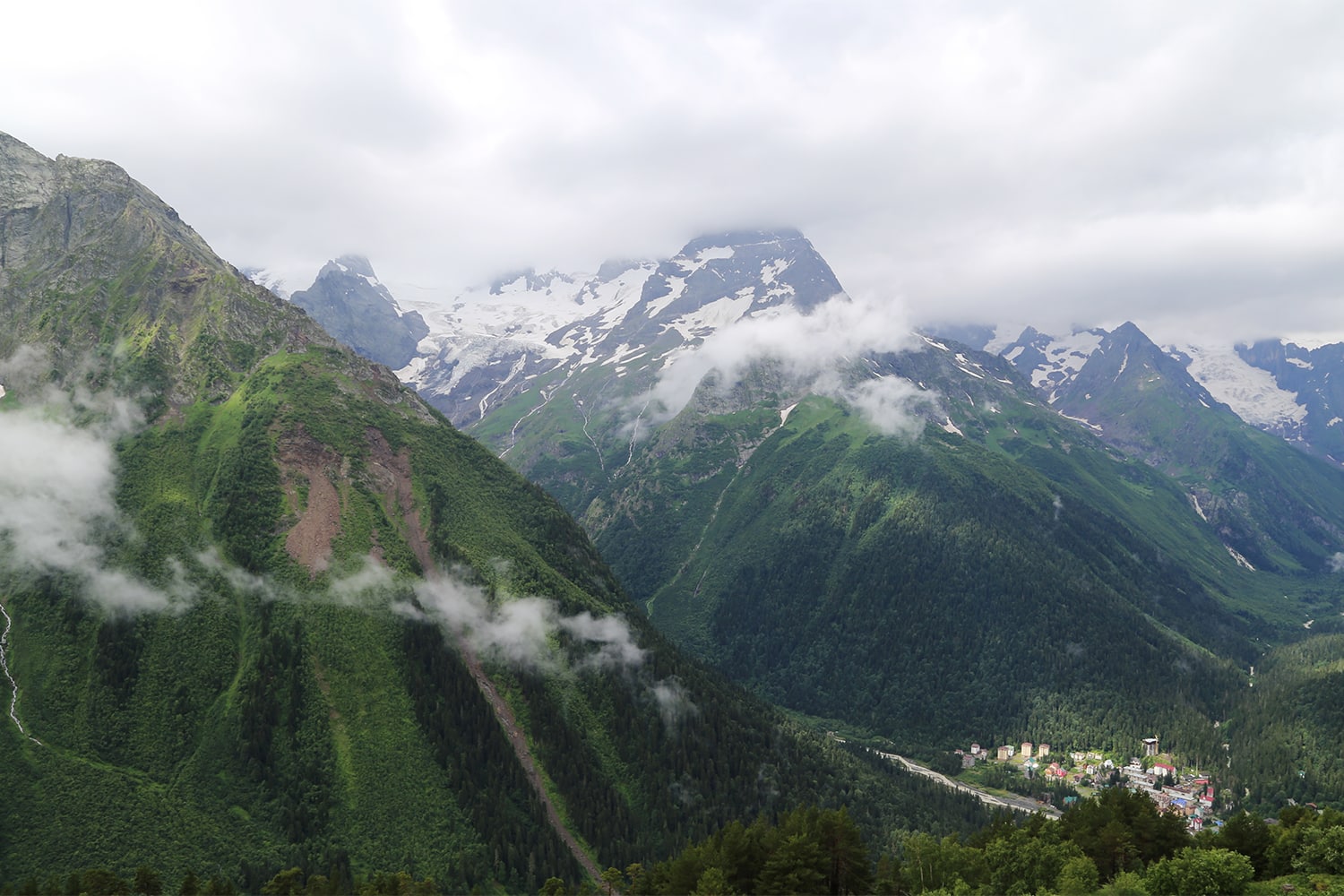 Another World Heritage site in Russia is Sikhote-Alin. It is a mixture of conifers and broad-leaved trees, taiga and subtropics, southern and northern animal species. For instance, both Himalayan and brown bears are to be found here. Primorye is a whole world of relics and endemic species, it has thickets of relic yews, carpets of Red Book lotuses and rhododendrons, something dubbed 'local sakura'. Sanctuary bays and their white beaches hide sea stars and swarms of colorful fish. A tundra at a higher altitude, and grass standing 3.5 meters tall in the lowlands.

Sikhote-Alin is the birthplace of the Amur tigers. The world has seen an x25 reduction of their population over the last century. 95% of the current population inhabits Far East, the rest is in China. Killing a tiger in China carries a death sentence. The Far East leopard is only to be found in Primorye.

V.K. Aresenyev explored the Far East and traveled to the local taiga with Dersu Uzala, his friend and pointman, a local hunter. Today, you can follow their footsteps during an ecotour to Ussuri. 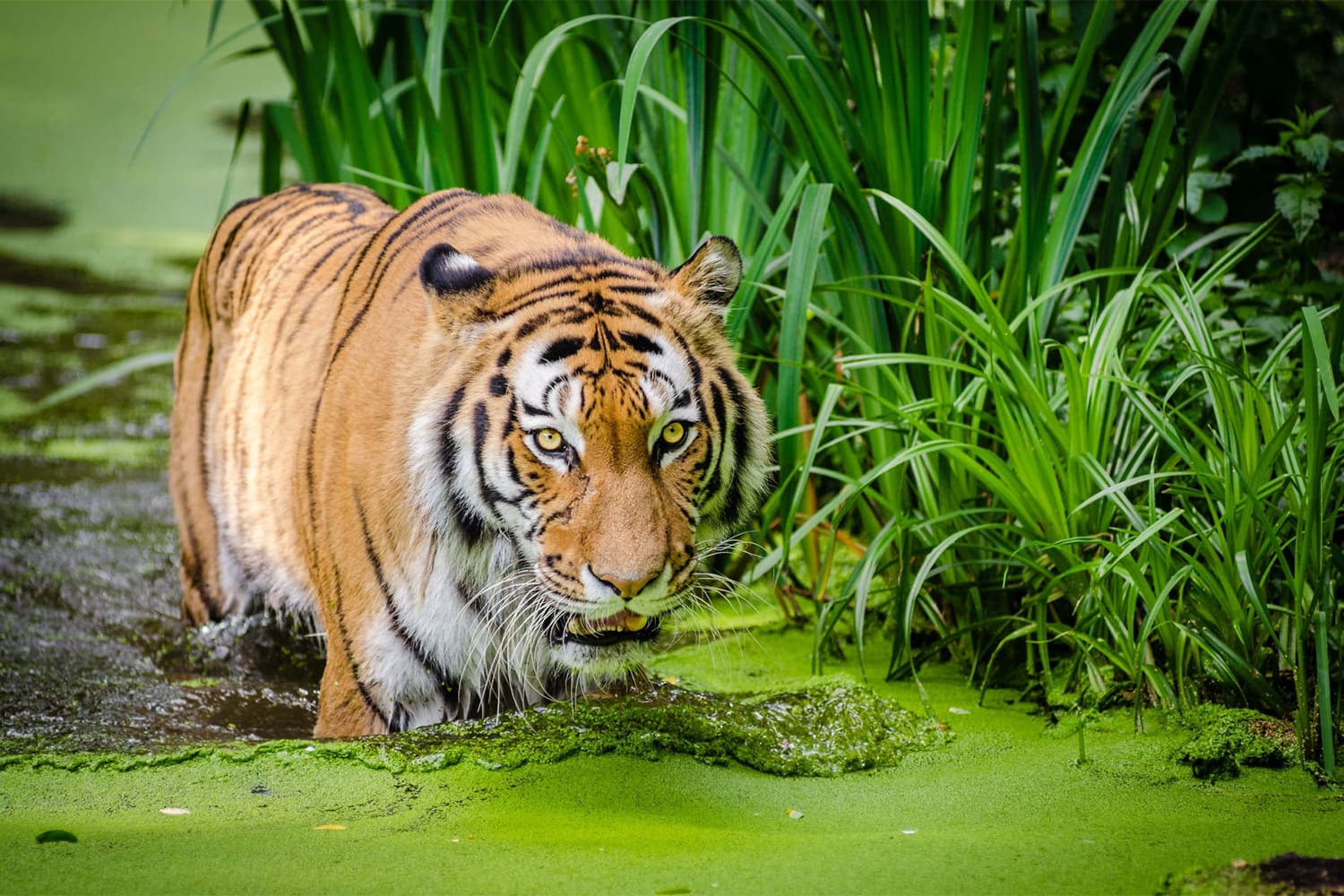 Here is Lake Ubsu-Nur that belongs to both Mongolia and Russia (Republic of Tuva). For Mongolia, this is the largest lake; for Russia, just 0.3% of its area. The surrounding area was inhabited thousands years ago, a fact witnessed by petroglyphs and runes carved in the rocks, reindeer rocks and mounds; the place has some 40,000 of them. 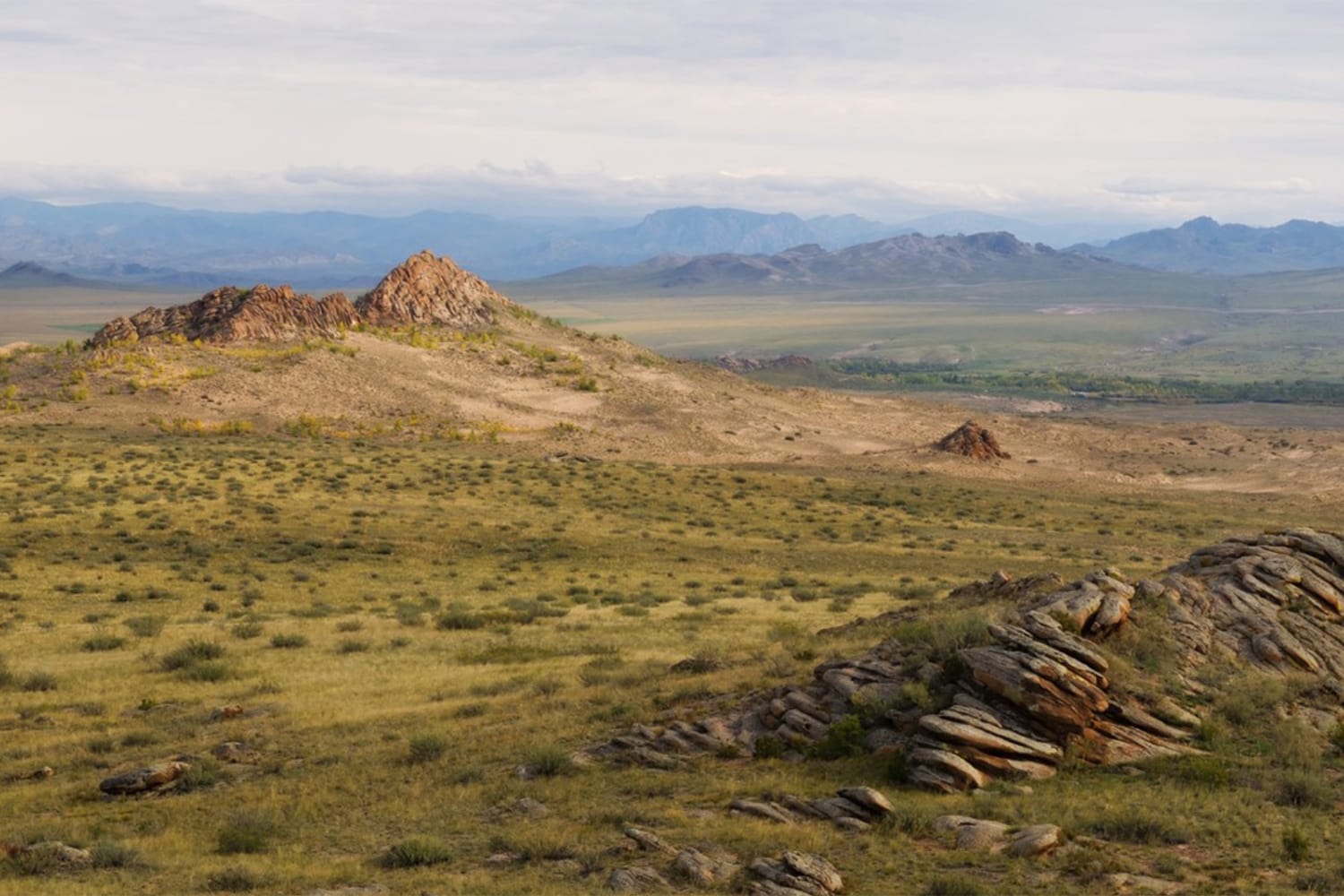 In the very north of Russia where the Chukchi Sea meets the Arctic Ocean, you will find the gloomy and mountainous Wrangel (7.6 thousand sq.km) and Gerald (11 sq.km) islands. In a harsh environment where vibrant life doesn't seem possible, there are hundreds of plan species—more than on any other arctic island. Among the blackening rocks, walruses have settled their largest Arctic rookery, and thousands of birds nest there. Gray whales swim these waters when migrating. Wrangel Island is dubbed 'white bear maternity hospital', so many white bear digs are there. In Chukchi, it is called Umkilir which translates as 'the island of white bears'.

Just visit this part of Russia once to see really rare animal species. A good example of those are musk oxen which like the northern reindeer survived extinction in late Pleistocene. Musk ox wool is eight times as warm as that of sheep! Travel to Chukotka to try whale meat, learn Eskimo dances, and walk the whale bone alley. 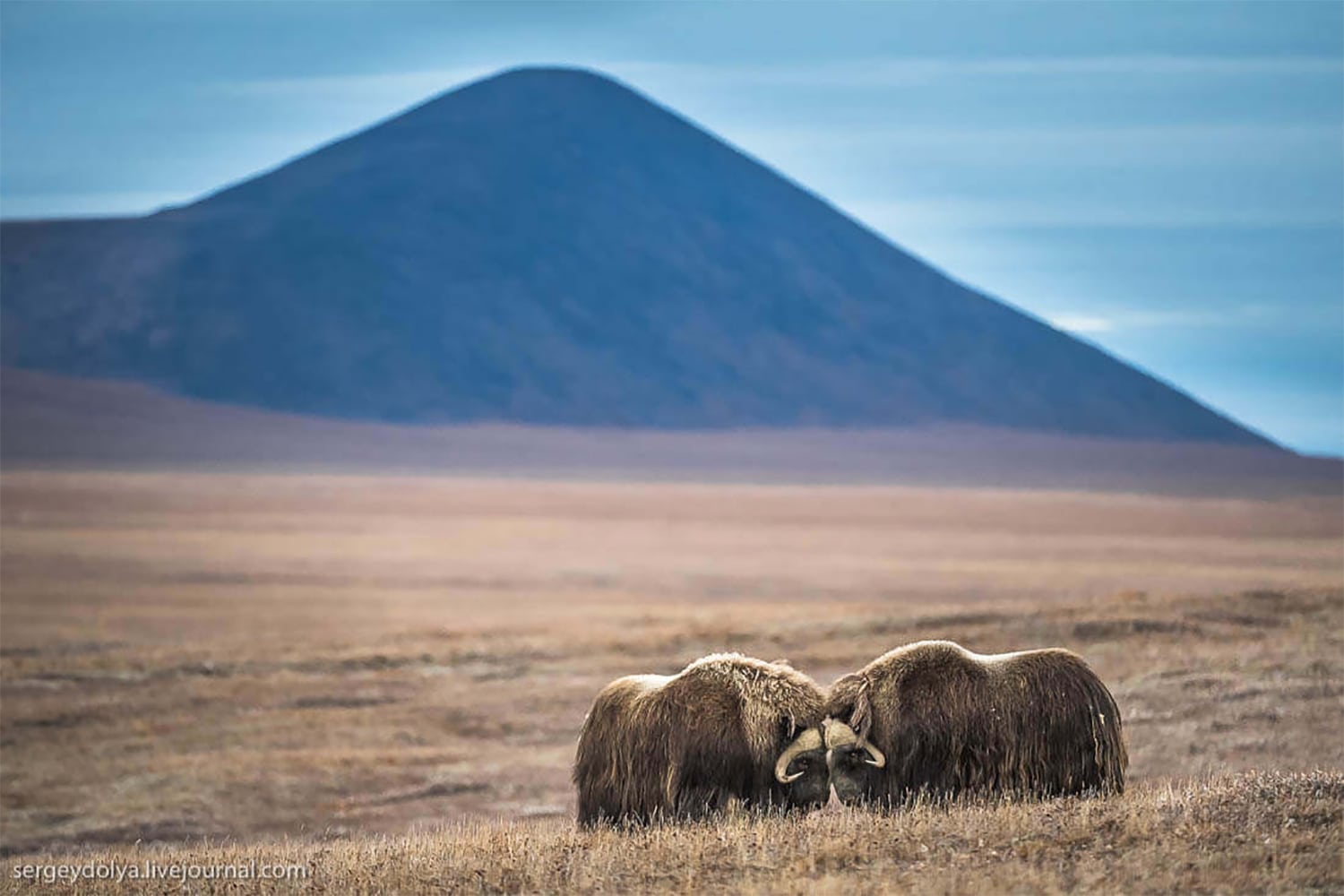 Beyond the Arctic Circle in the geographic center of Russia, there is a place not covered by power lines, where the only connectivity is satellite phones, and there is not a living soul for many kilometers around. Mountains look as if someone had neatly cut off their peaks, lakes are hundreds of kilometers deep and resemble fjords. Putorana is often dubbed a land of waterfalls, as there are more than twenty thousand waterfalls there. Among them are not only Russia's, but also Eurasia's highest waterfalls.

In winter they freeze and turn into giant walls of ice reflecting the colors of Aurora Borealis. Magic!

The Plateau was formed some 250 million years ago, and taiga and tundra haven't really changed since then. On a rare occasion, travelers can witness an extraordinary natural phenomenon, the migration of reindeer.

Just imagine stone towers and arches, bridges and grottoes, beasts and birds. None of that is man-made. These rocks, so diverse in shape, form a chain along the Lena River. Forces of water and winds have shaped 100-meter pillars (some of them are as high as 220 meters) centuries ago.

Tour buses or cars cannot reach this place, so if you want to see those weird rocks, you are to have a two-week cruise. The route passes by the less-known Sinyaya Pillars, 37 rock groups close to the mouth of the Sinyaya River.

Tha landscapes are not less beautiful in winter as well. In an ethnic trip to Yakutia you will not only see the UNESCO object, but will also learn about life in one of the coldest places on Earth. You will meet the locals, see special breeds of Yakut horses and cows, go on dog sledding, try traditional Even cuisine and take part in the mysterious ethnic purification rite. 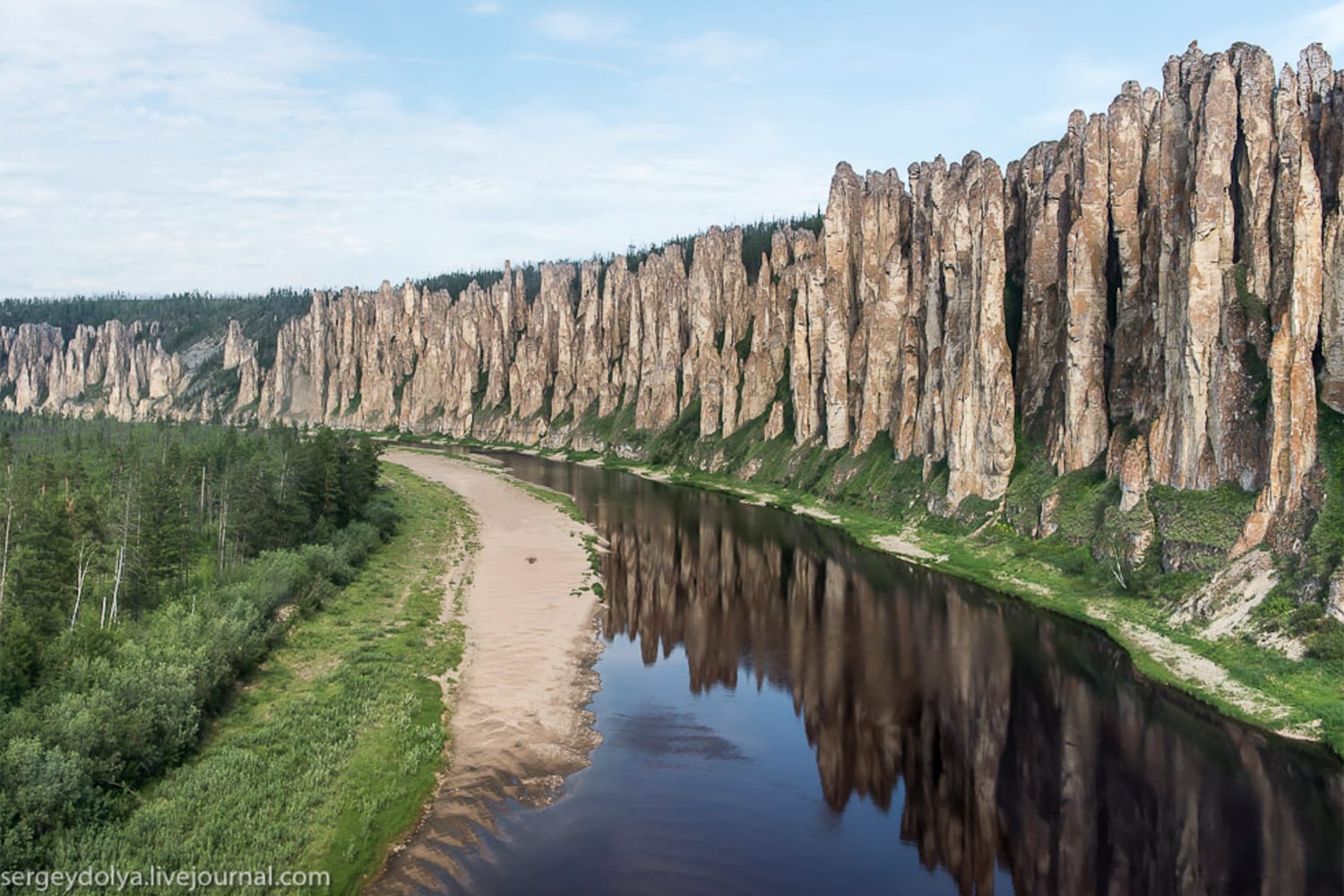 This site is shared between Mongolia and Russia. This site is unique because of cyclical climate changes — distinct dry and wet periods lead to a wide diversity of species and ecosystems of global significance. Here are grasslands and forests, lakes and wetlands, which have become home for rare species such as White-naped crane, Great Bustard, Relict Gull and Swan goose. 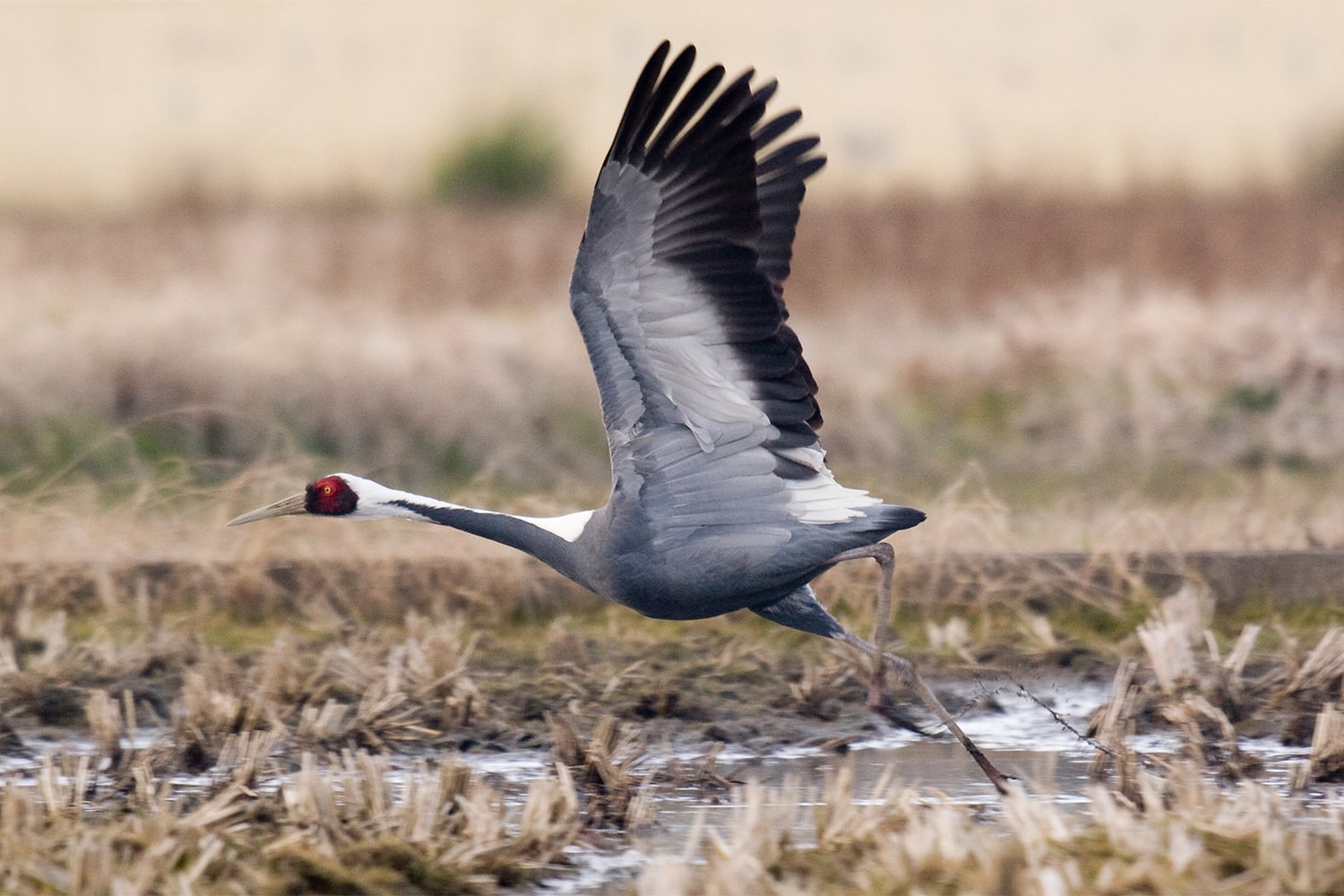 Want to learn more about trips to Russian UNESCO sites? Email us at hello@russiadiscovery.ru or call +7 495 125-28-08. We will share our personal experience with you and find a great tour for your taste.