The snowmobile tour to these places is one of the most popular RussiaDiscovery offerings. Our tour specialist took a Onega-and-Ladoga tour to test it herself how it feels to race a snowmobile on the ice of these great lakes. 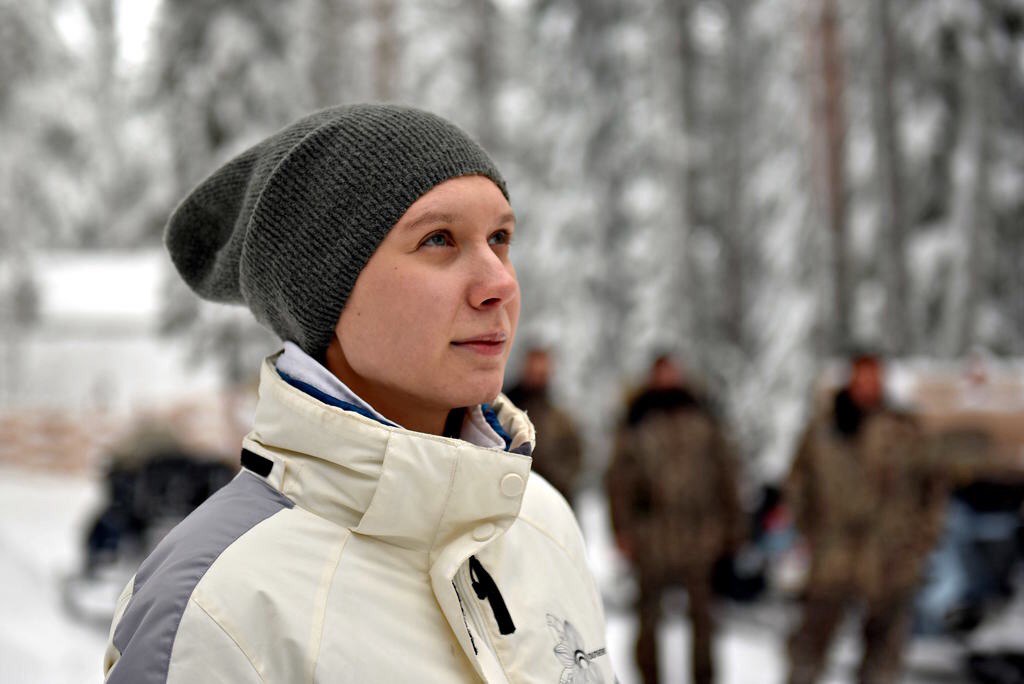 'The Great Lakes Onega and Ladoga' route is an adventure. Not very long-lasting, but real. We've covered 300 km in three days. The sceneries change faster than light .

First, we picked up gear. The outfits were very warm, and despite the temperature being well below zero (Celsius ), we forgot about the cold. A detailed briefing followed, and then we got onto the snowmobiles. Having learned how to operate those things, we set off as a guided convoy. The group was led by the instructor followed by the participants. I rode together with the second instructor behind everyone else. 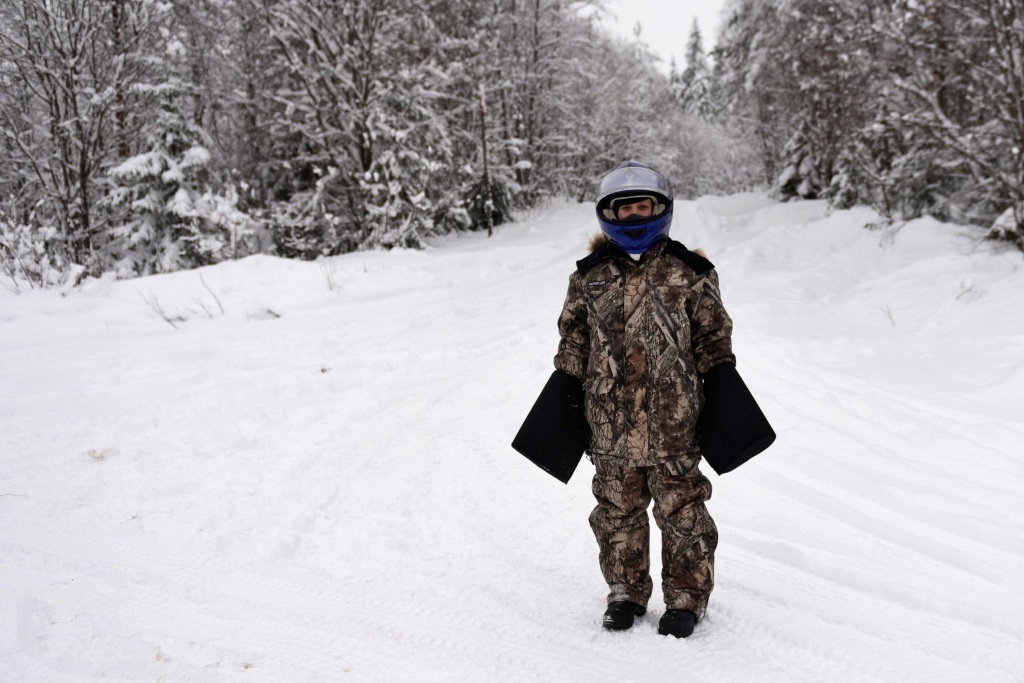 The speed was low at the beginning so that we could get used to the vehicles and the terrain. Not for long, however. An hour later we were racing across the winter forest among the perfectly smooth 'skyscraping' pines and the glittering snow that is so clean it shines.

By lunch time, we drove to the Tri Medvedya (Rus for Three Bears) Zoo. We met our guide who showed us all of the animals there and gave a nice talk about each of them. We fed a bear cub and set off again. This time, we rode on the ice of Lake Syamozero. The speed was even more crazy than before. However, this time there was no trees surrounding us, so we didn't have to avoid the branches and were completely free to ride as fast as we only could. So we reached our base. 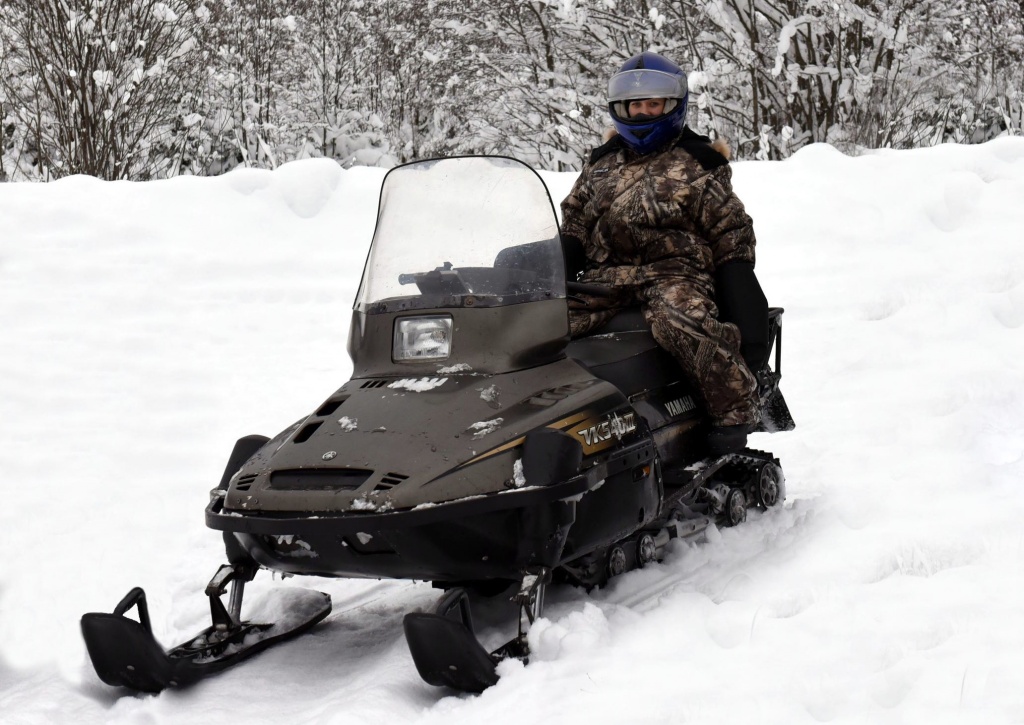 I occupied the passenger seat, and my hands ached from the shoulders to the fingertips, because I strongly gripped the handles not to fly off the snowmobile if it hit a bump. It felt like after a good workout. Such an adventure exhausts you, and you fall asleep just as soon as your head touches the pillow.

The next day's route was a 140-km distance. En route we stopped in the old village of Kinerma. We were welcomed by the hostess and guided by her son. The red-haired boy told us about the village and its history, and his story was full of love and felt like it was told by an adult. From Kinerma, we drove to the Umostu Base. We rode so fast we reached the destination place an hour ahead. 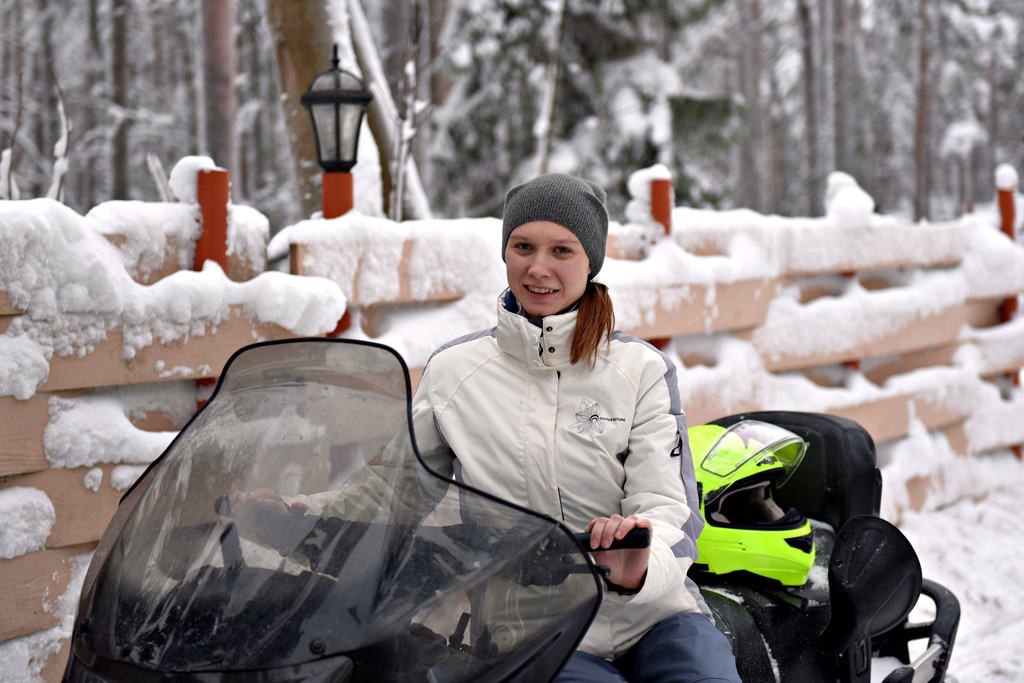 Day 3 was the last day of this trip; we rode to Lake Ladoga and back.
I won't continue to tell about that day, for it shall be a pleasant and surprising experience for the future adventurers'.

If you want to see with your own eyes the glittering snow on high pines, to feed a bear cub and race across the great ice-covered Lakes Onega and Ladoga, email us at hello@russiadiscovery.ru or call +7 (495) 125-28-08.