Expedition along the Northern Sea Route: how to join?

The Northern sea route is one of the most significant and unique routes in the world. It is the shortest connection between Europe and the Far East passing along the most famous Arctic lands. This route has attracted explorers, pioneers and merchants since the XIII century. Since the mid-2000s, this legendary Arctic route has also become available for tourists! However, cruises go along the Northeast Passage only once in 2 years. So, let us tell you what is so unique about this route and how you could take part in this expedition. 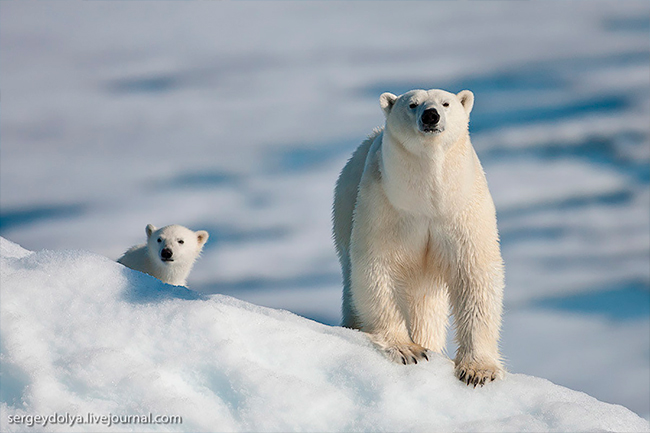 The NSR officially starts in Murmansk. The first part of the rout runs along Western and Eastern Siberia to the coast of Chukotka, further the route passes to Vladivostok through the Bering Strait. Despite the harsh climate of these places, the route remains in demand because of it is the shortest distance between Europe and the Far East. 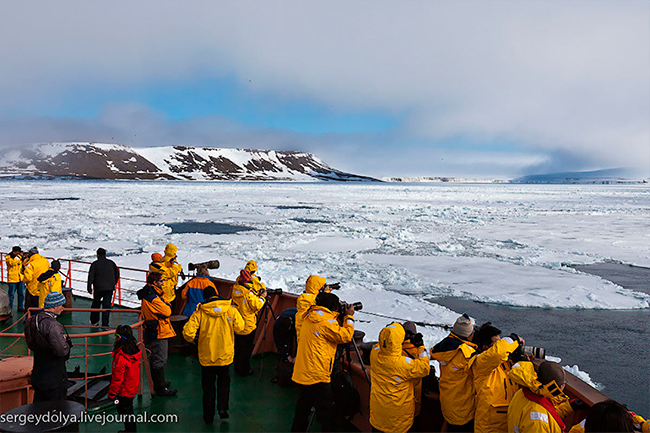 So, the distance from St. Petersburg to Vladivostok by the NSR will take 14,000 km. If you choose the alternative sea route through the Suez Canal, you will have to overcome about 23,000 km. As for Northern European countries, the way to Asia via the Arctic and the Bering Strait will also be faster than through the Indian Ocean. For example, from Murmansk to Yokohama it takes 10 700 km by the NSR and 24 000 km by the South. So, the benefit is obvious!
As for the route map of the route itself, it passes through 5 seas of the Arctic Ocean. Further, from Chukotka to Vladivostok, ships sail along the Bering Sea and

part of the Pacific Ocean. During the journey, the ship passes the Novaya Zemlya archipelago, Franz Josef Land, Cape Chelyuskin on Taimyr (the northernmost point of Eurasia) and Cape Dezhnev on Chukotka (the easternmost point of the continent). Along the way you stops can be made in the major ports like Naryan-Mar, Dudinka, Dixon, Igarka, Pevek and Tiksi.

Due to climate conditions, the navigation of the Route is possible for only 2-4 months a year. The usage of nuclear-powered icebreakers makes it possible to organize voyages all year round. However, due to the high cost of transporting ships through the ice, expeditions (including touristic ones) set off mainly during summer. 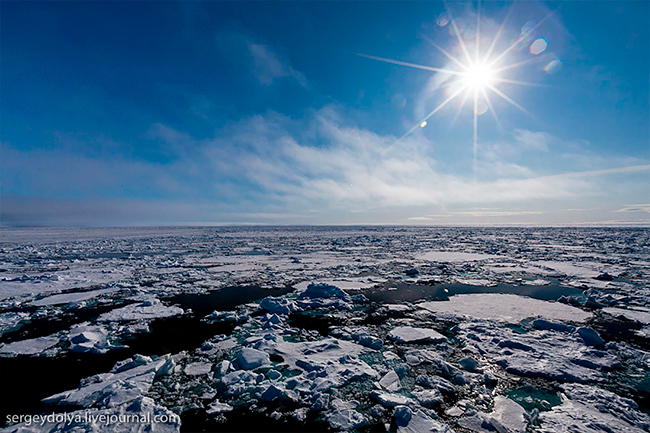 Development of the Northern Sea Route

The first voyages along the Northeast Passage (former the Northern Sea Route the name used before the XX century) were made by Pomors (distinctive ethnographic and ethno-religious population on the White Sea and northern rivers). However, they used to cover rather short distances through the Arctic territories. The real boom in the exploration of the Northern Sea Route occurred in the era of Great Geographical discoveries. Europe’s dream of finding a way to remote but rich Asian lands has drawn attention to the Arctic route. 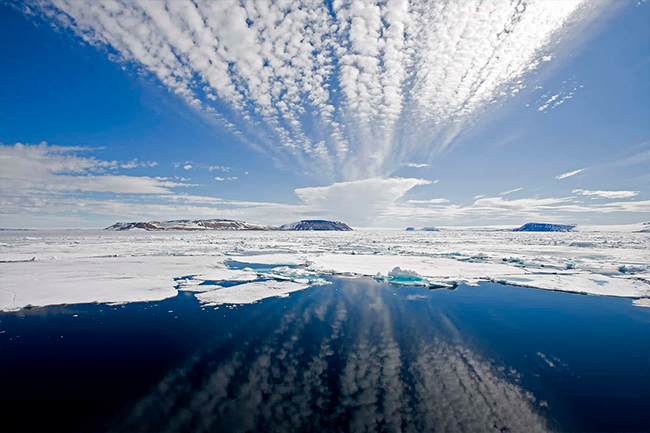 English and Dutch sailors who wanted to find a northern path to China were the first to discover this route. However, the icebound seas allowed them to reach only the Novaya Zemlya archipelago (Arkhangelsk region). At the beginning of the XVII century, Mangazeya — the first Russian city beyond the Arctic Circle was settled in Western Siberia by the Boris Godunov’s order. Nowadays this is the territory of the Yamalo-Nenets Autonomous Okrug. Mangazeya was considered to be the richest trade port, where European merchants had rushed along the Northern Sea Route. However, after The “Smuta” (Rus. for the Time of Troubles — the period in the history of Russia from 1598 to 1618, marked by natural disasters, civil war, international wars and the most severe state-political and socio-economic crisis) has come to an end, Tsar Mikhail Fyodorovich banned foreigners from sailing along the Northern seas fearing of the colonization of Siberian lands. So, active exploration of the route was delayed for several centuries.

Interest for the Northern Sea Route returned only in the XIX century. The northern and Far Eastern territories of the country, rich in minerals, forest and other natural resources, had to be somehow supplied and transported from there. So, the Arctic route has drawn attention once again. The official opening of the Northern Sea Route took place in 1878-1879, when the first voyage along the NSR had occurred. The expedition headed by Erik Nordenskiöld and equipped by the funds of the Swedish merchant Oscar Dixon and the Russian entrepreneur Alexander Sibiryakov has managed to do it. 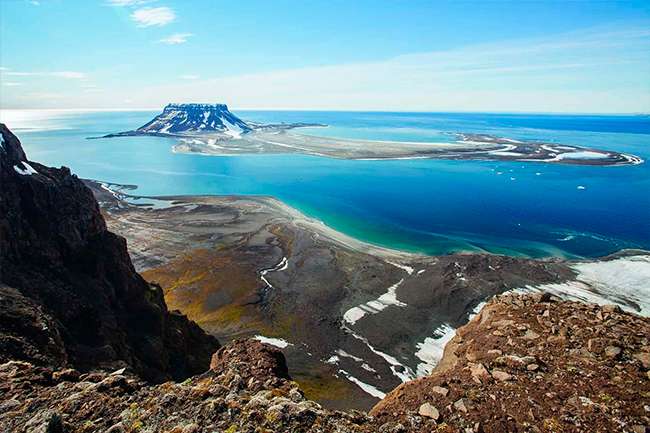 However, at that time, cruising along the Arctic route took several years. Icebreakers needed to be invented so to allow overcoming all the way in one navigation. They had to wait for the invention of icebreakers to overcome all the way at once. Thus, this has become possible only in 1932. The expedition led by the soviet explorer Otto Schmidt succeeded in it. The first transport voyage took place in 1935, when timber carriers passed along the Northern Sea Route. The NSR is still an important transport route, through which the Northern delivery passes, Russian Arctic territories are supplied and extracted minerals are exported.

Expeditions along the Northern sea route

Until 1991, the NSR was closed to foreign ships, and tourist cruises were not arranged at that time. The route has become popular in the mid-2000s, when due to global warming navigation season increased and the necessity to pay for passage accompanied by icebreakers was partially eliminated. At the same time, the first cruises along the Northern Sea Route were organized.

Now international expeditionary vessels, which are accessible to tourists, depart along the NSR every two years. However, the number of participants is limited. For example, the nearest expedition along the Northern Sea Route, which will take place in August 2021, will be able to accept only 100 people (50 for each pass). If you have always wanted to pass the legendary route and see the entire Arctic in one trip, you’d better hurry up! 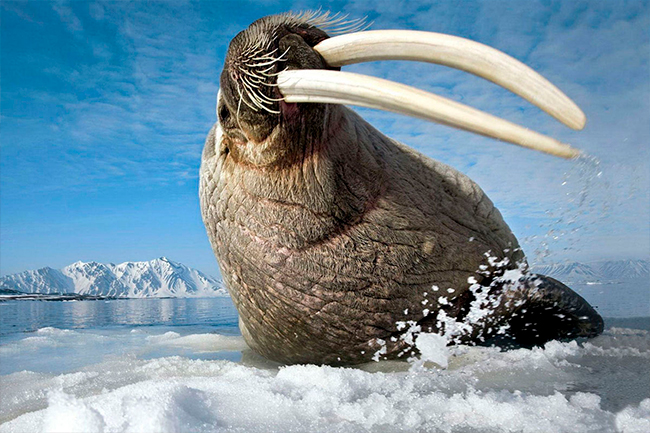 Nevertheless, do not you think that during the expedition you will only stay onboard and admire the Arctic expanses. During the journey you will see: 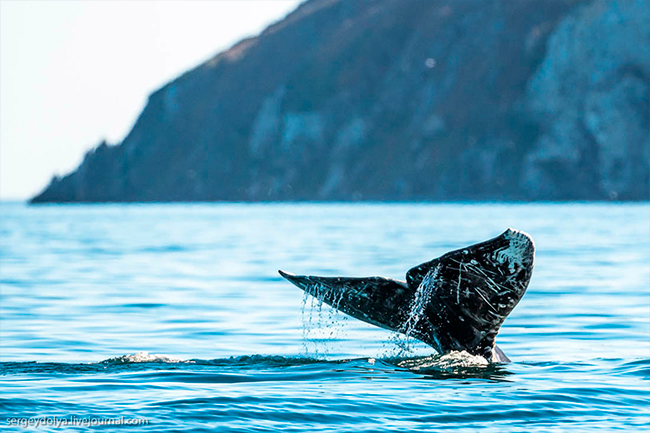 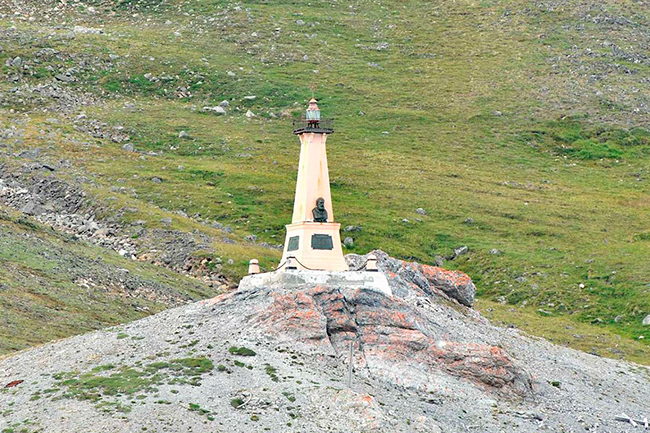 The journey will take 27 days. And you can choose any of these cruises, going from Anadyr to Murmansk or the one returning from Murmansk to Anadyr. The group will be accompanied by professional guides and scientists. In addition to walks and excursions, the expedition program includes scientific and educational lectures about the Arctic, the history of its development, as well as lectures about flora and fauna of the region. In your free time you can relax in the lounge area, bar or visit library onboard.

Do you want to get to the most remote points of Russia? Look through our collection of cruises. We will be glad to tell you further details and answer all your questions, just call +7 (495) 800-8-800 or email us at hello@russiadiscovery.ru